James Argent looked slimmer than ever as he soaked up the sun at the pool in Marbella on Thursday.

The former TOWIE star, 34, went shirtless in a pair of navy swimming shorts with white feather prints, while accessorising with a delicate gold chain necklace.

Television personality Arg has lost 14 stone in recent months after he underwent a gastric sleeve procedure when his weight reached 27 stone, with the star appearing to be in his element during the day out.

Looking good: Shirtless James Argent flaunted his 14 stone weight loss in navy swimming shorts with white feather prints as he soaked up the sun during his Marbella getaway on Thursday

It comes after James declared he is ‘finally the man he always wanted to be’ – and revealed he has an ‘exciting’ new lady in his life during a recent television appearance.

The reality TV star told of his newfound confidence since his incredible weight loss transformation and lifestyle overhaul.

Speaking on ITV’s Lorraine, Arg was glowing as he gushed to the presenter, 62, that he ‘feels like he’s winning’. 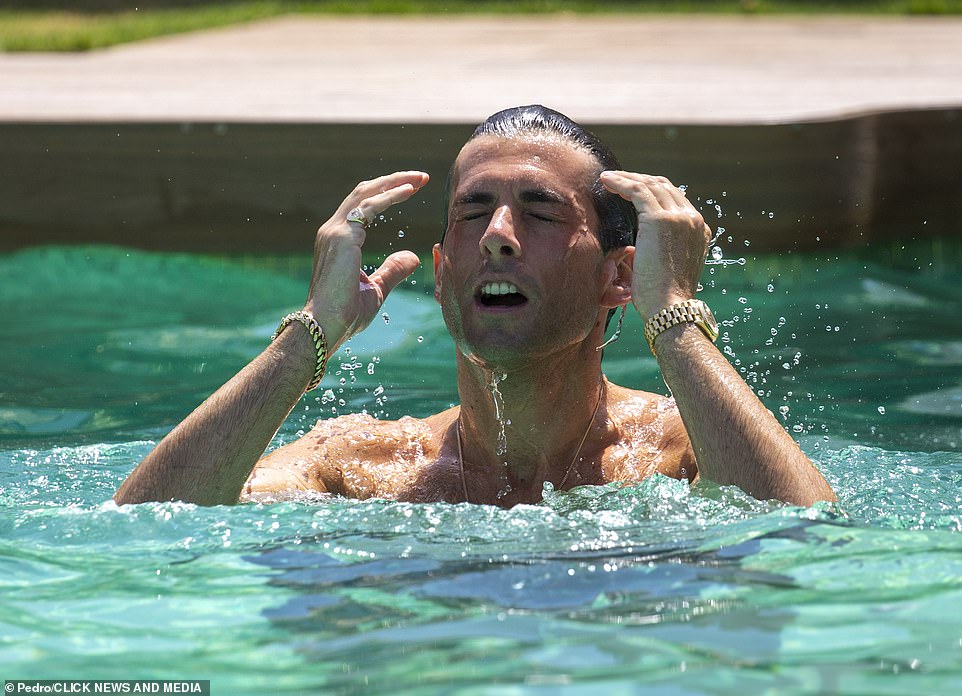 Swept back: Arg slicked back his wet chocolate tresses as he emerged from the water after diving in

Grinning: The influencer shot a dazzling smile as he looked into the distance while wearing white slides

The former TOWIE star began: ‘I have come to a point where I finally feel confident.

Arg divulged: ‘I did meet a woman in Mykonos, we’ve been messaging, she’s not English, she lives abroad but who knows, it’s exciting anyway.’

The TV personality has previously had high-profile relationships with his former co-stars Lydia Bright, 31, with whom he remains close friends, and Gemma ‘The GC’ Collins, 41.

Before and after: James was told he was putting his health at risk with his weight – tipping the scales at 27stone,  before having gastric sleeve surgery last year (pictured before left) 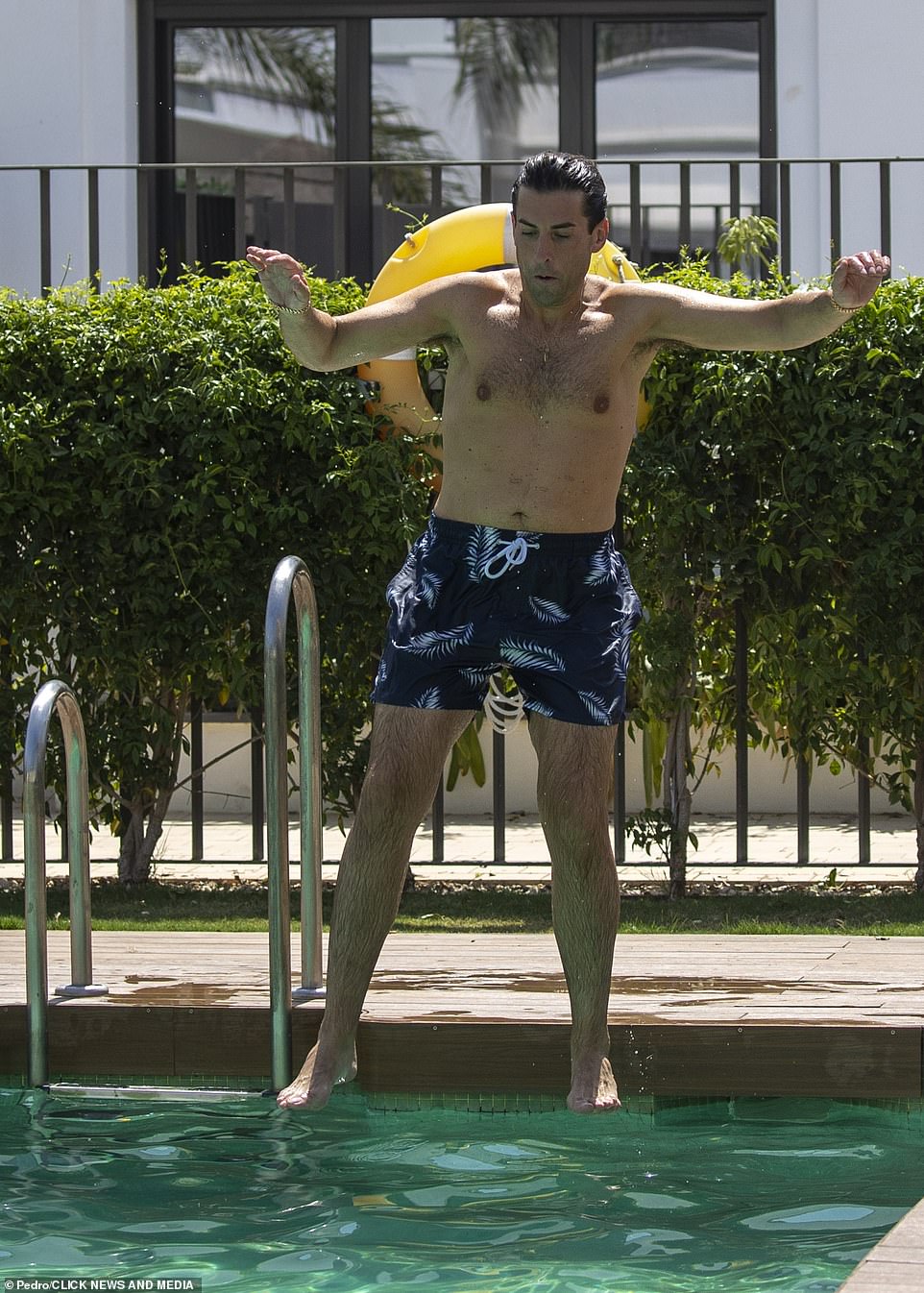 Exes: The TV personality has previously had high-profile relationships with his former co-stars Lydia Bright, 31, with whom he remains close friends, and Gemma ‘The GC’ Collins, 41 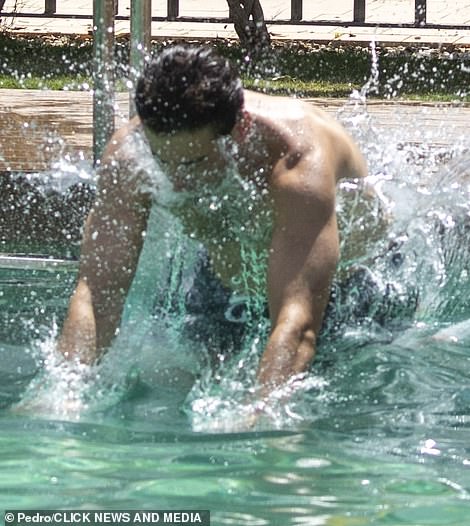 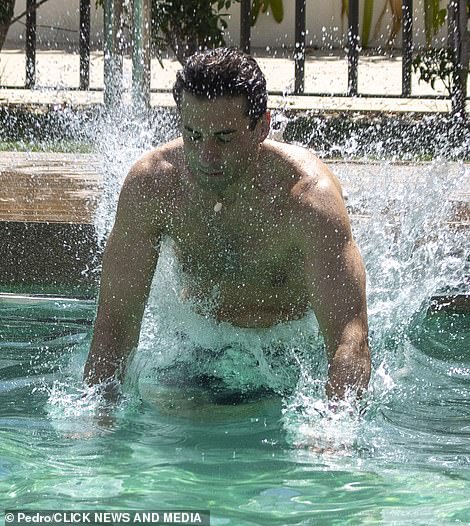 Support: Adding of his weight loss, he continued: ‘Even Joey Essex gave me a big hug and said “Arg you’re finally the man you wanted to become”‘

Adding of his weight loss, he continued: ‘Even Joey Essex gave me a big hug and said “Arg you’re finally the man you wanted to become.”

‘It is the best thing I’ve ever done, my only regret is that I didn’t do it sooner, as cliche as that sounds.’

But candidly he admitted: ‘I am still conscious when I wear swimming shorts, I go Simon Cowell style with them right up around my belly button, but I am lucky that the excess skin is minimal.

‘I had to learn very heard and tough lessons, but I don’t feel resentful, I wake up in the morning and look forward to the day ahead. 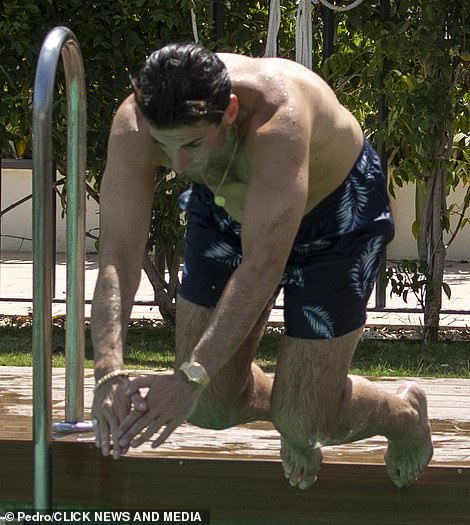 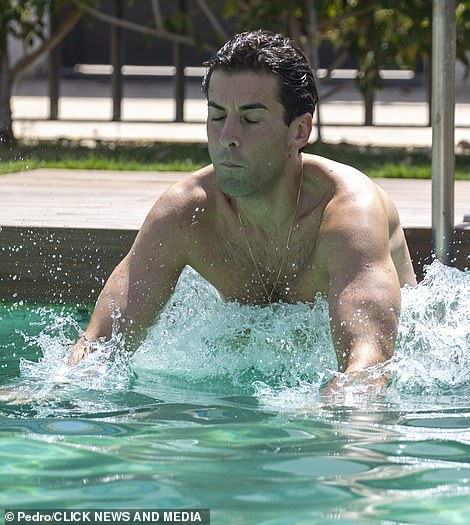 Don’t be silly! But candidly he admitted: ‘I am still conscious when I wear swimming shorts, I go Simon Cowell style with them right up around my belly button, but I am lucky that the excess skin is minimal’ 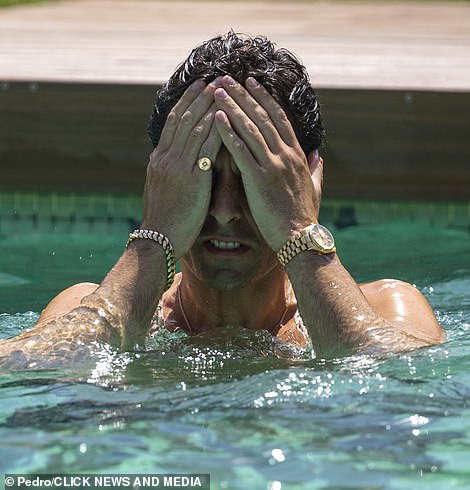 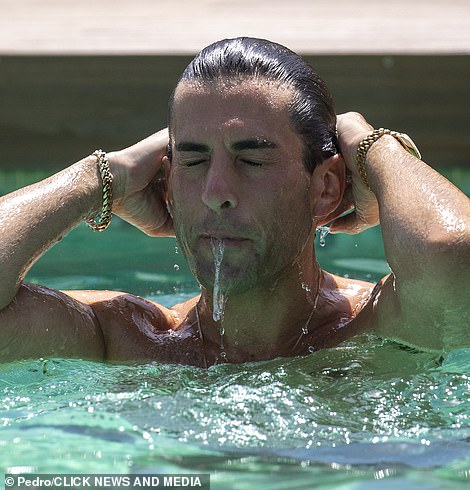 Sun seeker: He ensured to top up his tan during his getaway to the Spanish city 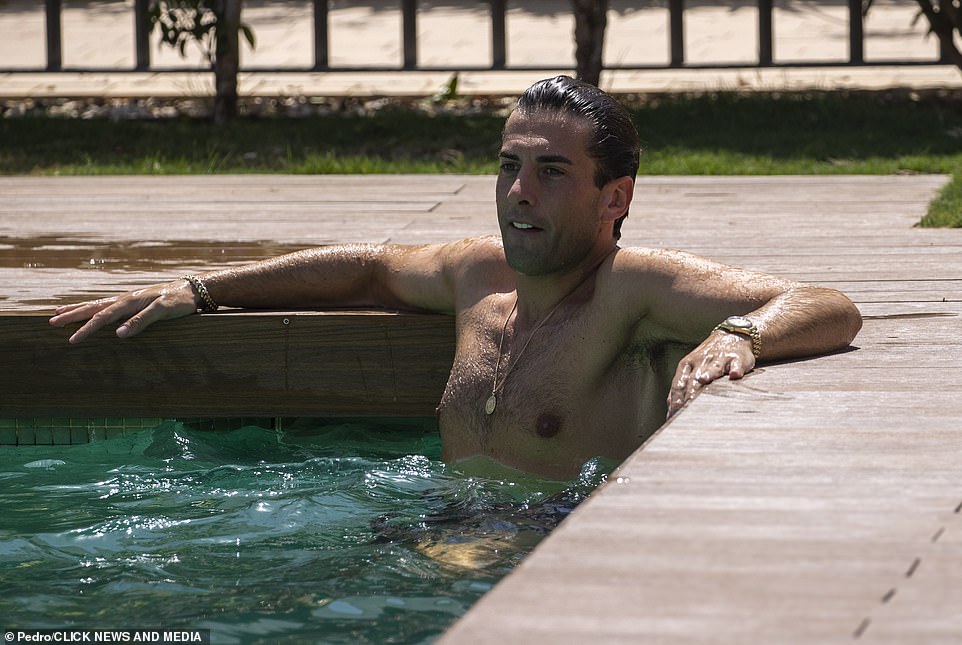 Relaxing: He sat on the edge of the pool and gazed into the distance

‘There is nothing better than being clean and sober, everything that I set out to do I am now achieving.’

Arg continued: ‘I always wanted to be a wedding singer and now I am finally becoming what I want to be, The Arg Band is going from strength to strength. It is a dream come true.’

Speaking to MailOnline, he previously said his career will now be focused on his true passion and gigging with his band in Marbella is where he feels happiest.

In an exclusive interview James, who last appeared on ITVBe show TOWIE in 2018, said: ‘As much as I love doing all the stuff on TV, I’m really passionate about and my bread and butter is my band and all my singing gigs.’

Discussing his journey to recovery, Arg said: ‘I think I’ve had to learn a very tough and hard lesson, sometimes when you’re clean sober for a long period of time, you get this stinking thinking where you think you don’t need to go to meetings anymore.

‘You can also start to forget how bad things were in the past and you can even tell yourself, “Oh this time it might be different, I can have a few drinks, I can manage it this time, I can control it this time, ” but when you’re an addict you can’t.

‘If you don’t continue to work on your recovery then you’re going to end up relapsing so I’ve had to learn the hard way in the past and now I know that recovery has got to come first and I’ve got to work on this for the rest of my life if I want to be happy and healthy.’ 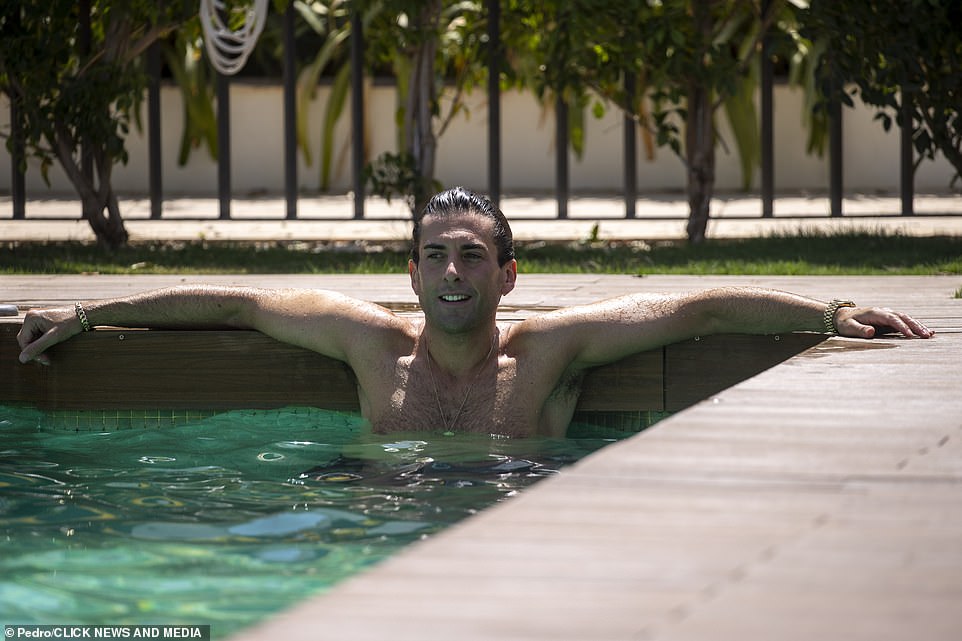 Grinning: He beamed from ear-to-ear during the day out