A man was nearly crushed by a ride-on lawn mower after trying to drive it over a dirt bike jump.

Flinders Johnston was riding the Cox ride-on lawn mower up a steep incline when the heavy machine tipped backwards. 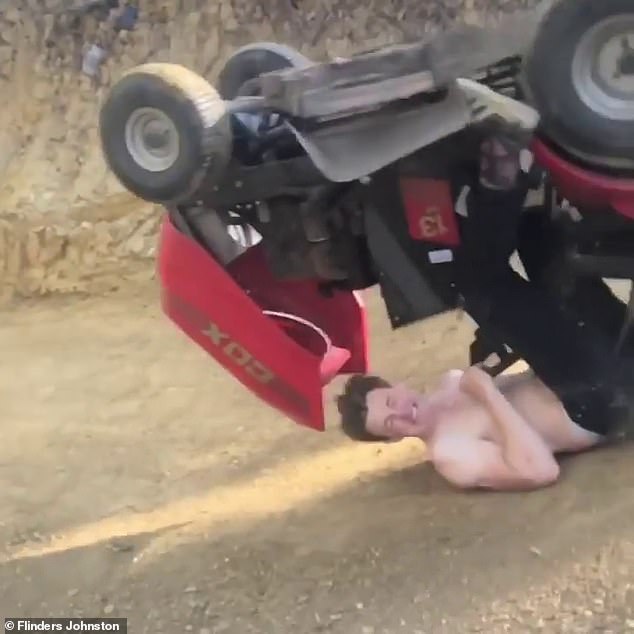 His eyes light up with fear as he notices the lawn mower coming for his face but at the very last moment it misses him.

The mower comes so close to crushing Johnston that it grazes the tip of his hair on the way past.

As he jumps up and scurries away from the crumbing machine the mower blades are seen still rotating.

‘Holy s***!,’ a friend is heard saying as both men laugh nervously.

They then give each other a fist bump as the mower blades continue to run in the background.

The video drew the attention of many social media users quick to point out how lucky Johnston was.

‘And it was in this moment, that he knew he has f’d up,’ one user wrote.

‘How did you not die?’ a third added.

The video has been viewed more than 36,000 times since it was posted. 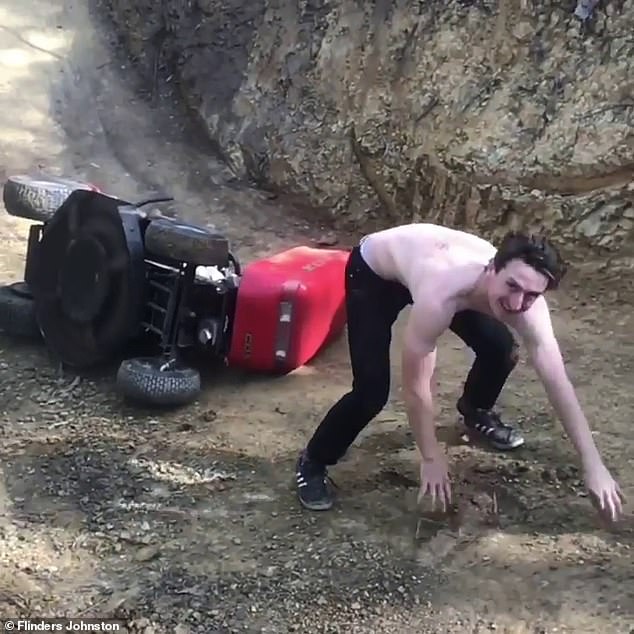