Queensland Police are investigating the suspicious death of a man at the Cairns Central shopping centre.

Emergency services were called to the scene in far north Queensland just before 8am on Wednesday to reports of a ‘massive laceration’.

Another man has since been arrested and is in police custody following what is believed to be a random and unprovoked attack.

Police said the 35-year-old man’s body was found on McLeod St in Cairns – on the ground floor of the shopping centre.

Cairns Central Shopping Centre, where a man was murdered on Wednesday morning 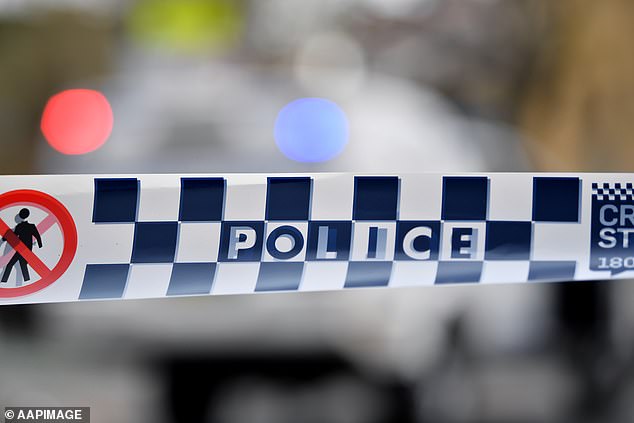 Police have confirmed they have a suspect in custody, and have launched an investigation (stock image)

Detective Inspector Kev Goan has confirmed the victim suffered a single laceration to his throat.

He died 20 minutes after the fatal attack.

‘We will be talking to witnesses as well as viewing CCTV,’ Det Insp Goan said.

‘That will give us the best picture possible to what transpired here this morning.

‘Our immediate information is that it appears to be a chance happening. The offender was resolute in what he had intended.’

Police are combing through CCTV footage as they look to determine the movements of both the offender and the victim.

‘The crime scene is being secured and cooperation from Centre Management has been tremendous,’ Det Insp Goan added.

‘As you can imagine with a stabbing incident, there’s an amount of blood everywhere.’

Soon after the incident, local police blocked off parts of the shopping centre and asked people to avoid the area.

Cairns Central’s centre manager Christie-Lee Jackson said supermarkets were still open, but the rest of the centre was closed and would remain so until further notice.

‘We are aware of an incident that took place this morning at Cairns Central. As this is now a police matter, we are unable to comment further,’ she said.

‘We are assisting police with their investigation, and as always the safety of our customers and staff is paramount.’