Shock poll finds Scots WOULD vote to break up the UK

Scots would vote to break up the UK if a fresh referendum was held today, according to a shock poll.

YouGov research found 51 per cent north of the border would support independence – the first time the firm has recorded a majority in favour since 2015.

The figures – which were hailed by the SNP as evidence momentum is on their side – emerged as Nicola Sturgeon and Boris Johnson do battle over whether to hold another national vote.

The First Minister has demanded one immediately saying circumstances have been changed by Brexit.

But the PM has flatly dismissed the idea, insisting the 2014 ballot – which the separatists lost convincingly – was a once-in-a-generation decision.

The YouGov poll, conducted between January 22 and 27 found that most new voters and those who did not participate in the last referendum were in favour of splitting from the UK.

However, 42 per cent thought the move would make Scotland worse off economically, 35 per cent who believed it would be better off.

Some 56 per cent were also against holding a referendum this year.

Excluding those who did not express a view, the overall figure was 51 per cent to 49 per cent. Although within the margin or error for such research, it will cause alarm among unionists.

Last August a poll by Lord Ashcroft found Scots backed independence by 52 per cent to 48 per cent, again excluding those who did not voice a preference.

Yesterday MSPs passed a motion by 64 votes to 54, calling on the UK Government to ‘reach an agreement with the Scottish Government on such a referendum taking place on a date and in a manner determined by the Scottish Parliament’.

Ms Sturgeon has been demanding a referendum in the second half of this year. 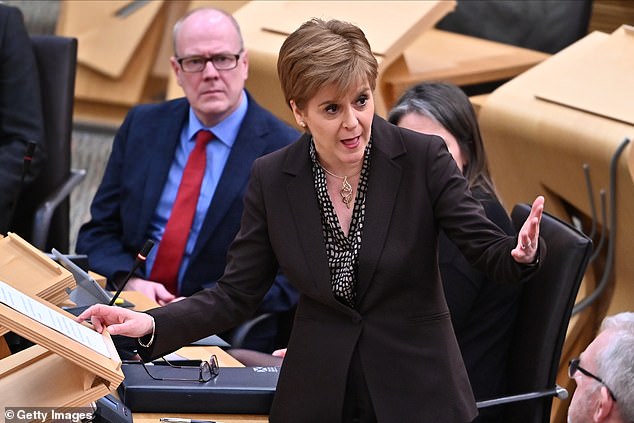 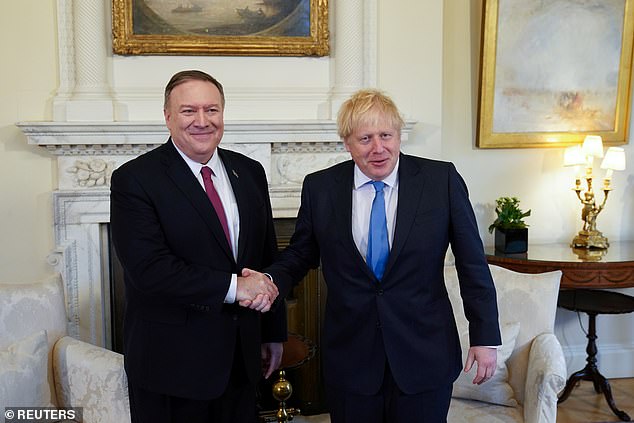 She told MSPs yesterday: ‘Given what the Tories have in store, proposing a further decision on independence isn’t simply legitimate – it is necessary.’

She accused UK ministers of being ‘completely deaf to Scotland’s interests, needs and voice’, adding that their vision for the UK is driven by ‘jingoism and xenophobia’.

Scottish Conservative interim leader Jackson Carlaw criticised SNP ministers for their focus on independence, saying: ‘If only this Government spent the same amount of attention on police and schools as it does on polling and spin, we might have the safest streets and the best schools in Europe.’