Footage shows the moment shots are allegedly fired a white hatchback into a house in which five children were at home in a shocking drive-by shooting.

Police are investigating after multiple shots rang out about 10pm Sunday on Columbine Avenue, Bankstown in Sydney’s west.

Officers arriving on the scene found shattered glass panelling at the front of the home and a number of bullet holes in the front door.

The occupants of the house – five adults and five children – who were inside at the time, were uninjured.

Bankstown Police Area Command located were told a vehicle was seen driving from the scene shortly after the incident.

The vehicle is described as a small white hatchback – possibly a Volkswagen Polo hatchback or a model similar in description.

A crime scene has been established at the Bankstown property, which will be forensically examined by specialist police. 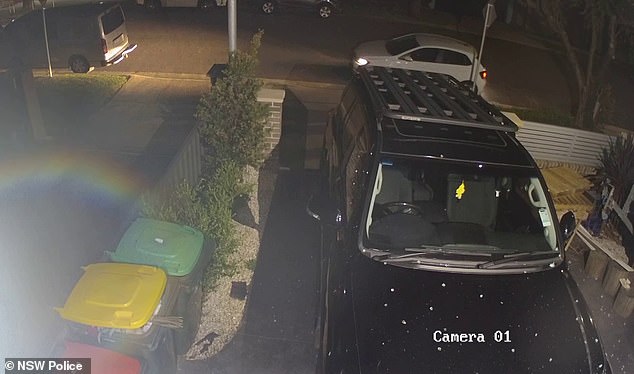 As inquiries into the incident continue, police are appealing for anyone with information to come forward and contact Bankstown Police on (02) 9783 2199 or Crime Stoppers.

Anyone with information about this incident is urged to contact Crime Stoppers on 1800 333 000 or online.

Information is treated in strict confidence. The public is reminded not to report crime via NSW Police social media pages.