Thousands of the fish are being deliberately killed on giant baited hooks at Australia’s landmark attraction in an attempt at protecting swimmers described by critics as ‘cruel, outdated and ineffective’.

At least 10,400 sharks have been caught this way since 2001 in Queensland alone, most of which were harmless to humans, say animal-welfare campaigners.

They released the heartbreaking toll as they prepared to sue the state government and reef officials to halt the slaughter.

Pictures taken at Radical Bay, Magnetic Island show a dead scalloped hammerhead shark floating next to a drumline having been snared by its hook 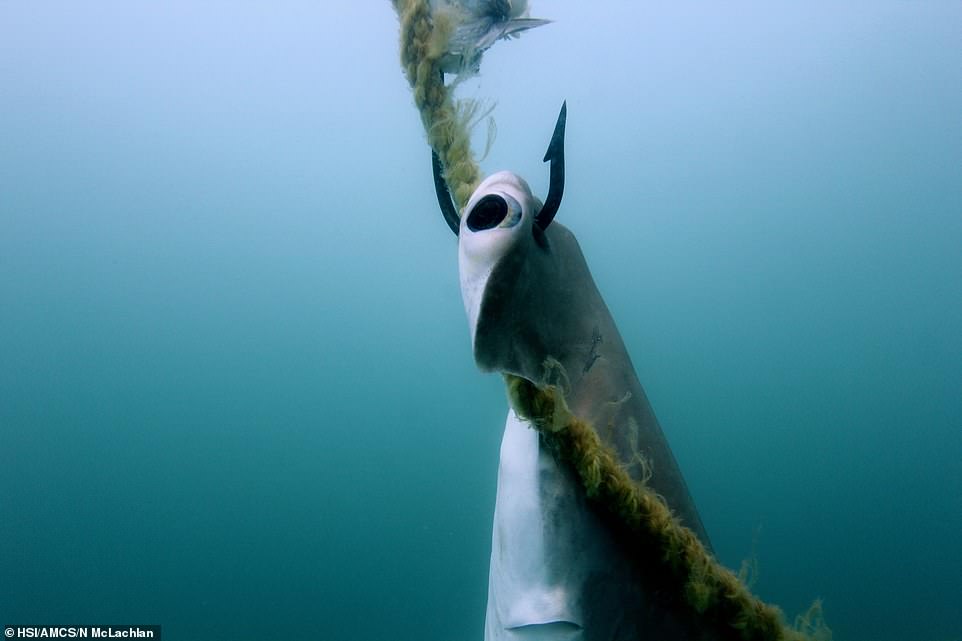 BBC Springwatch host Chris Packham has hit out at the practice, saying holidaymakes would be ‘horrified’ if they knew it was happening.

‘Holidaymakers would be horrified to know that endangered species of sharks are falling victim to lethal, baited drumlines or traps used in the area to cull sharks,’ said a spokeswoman for Humane Society International.

More than 200,000 British visitors flock to see the world’s largest coral reef off the Queensland coast every year, drawn to the resorts by its golden beaches and swimming and surfing. But most are unaware that sharks are being killed to keep the waters clear of them.

The activists are fighting to end shark culling on the 173 deadly drumlines in the World Heritage-listed reef.

Drumlines are lightweight drums anchored to the seabed with a floating rope attached to it with killer hooks laced with bait to lure sea creatures.

And tens of thousands of other fish, rays, turtles and dolphins are also being killed when they are accidentally caught, according to the activists. 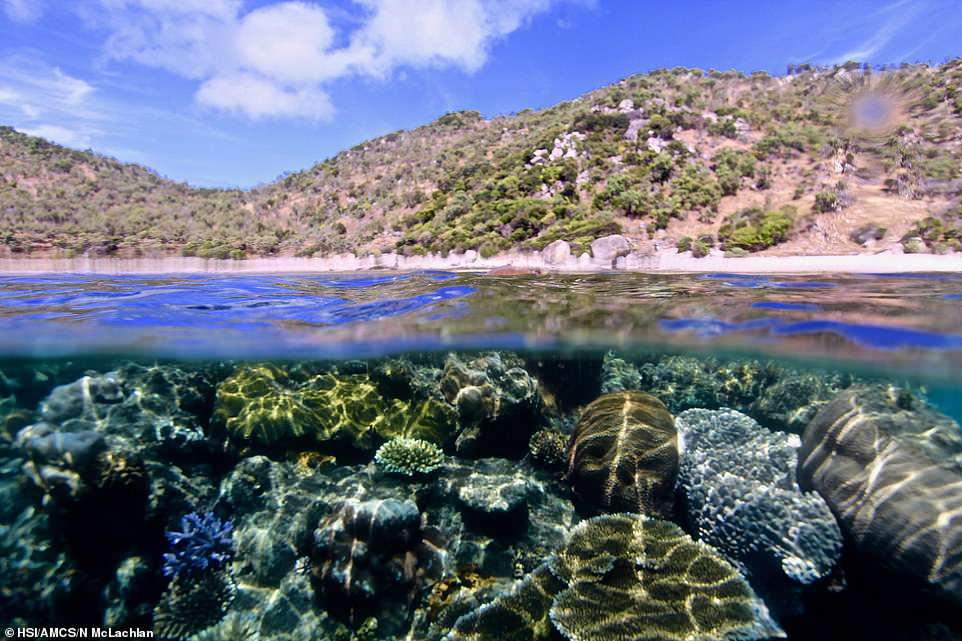 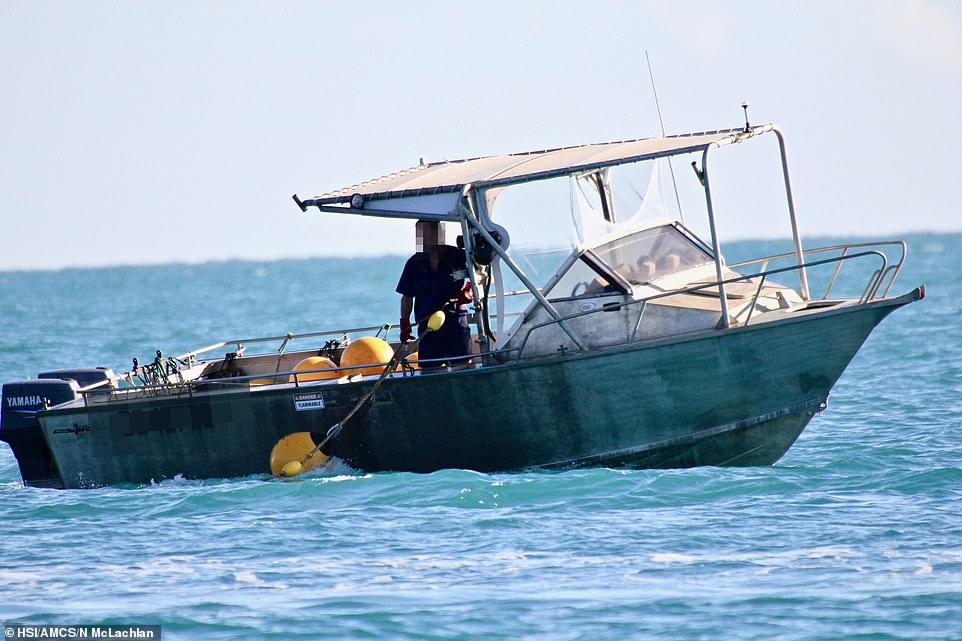 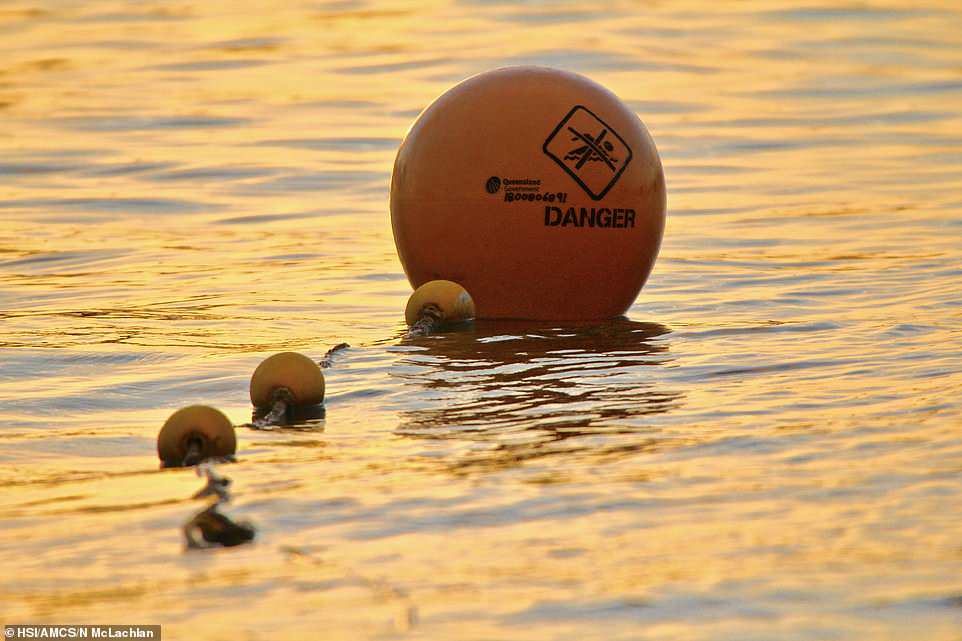 The drumline buoys, pictured floating on the water, have warnings emblazoned on them which tell swimmers not to get too close 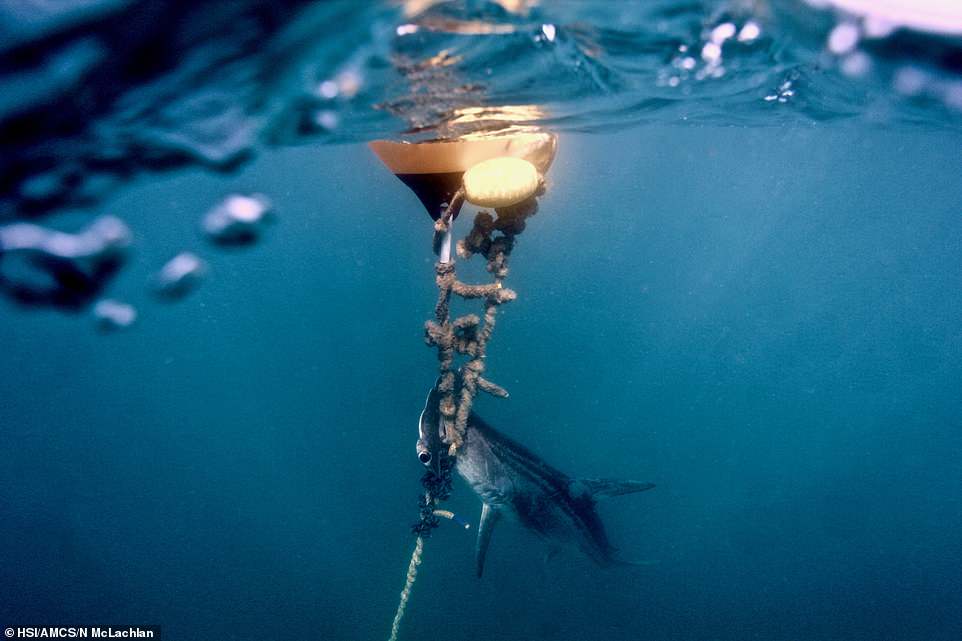 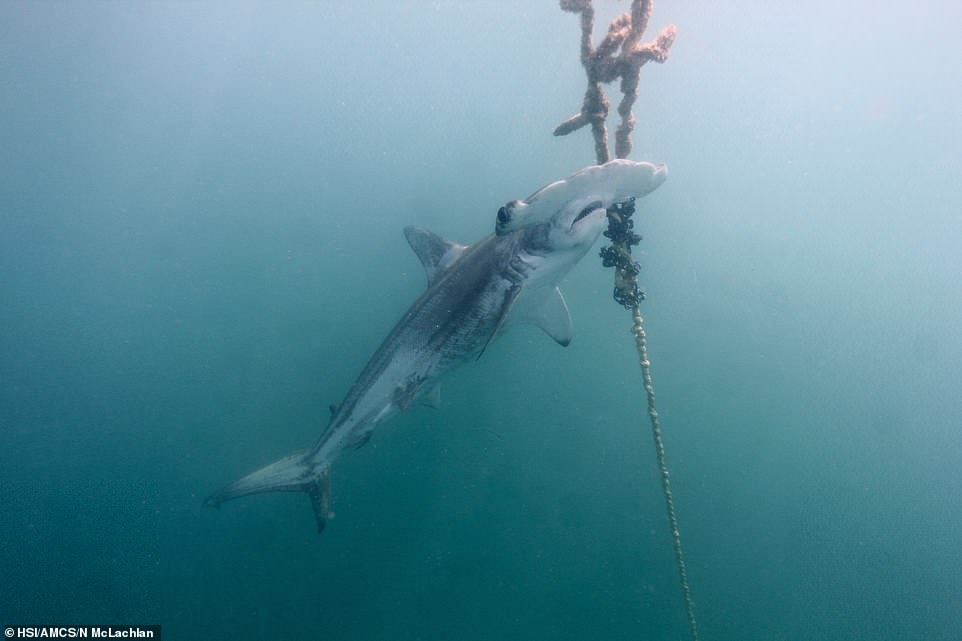 Packham said: ‘Lethal drumlines not only fail to protect people but cause serious harm and death to animals across the reef, the vast majority of whom are completely harmless to humans.

‘I hope this footage compels the Queensland government to sit up and take action to better protect the delicate reef ecosystem and the many animals who inhabit it.’

Scalloped hammerheads are Red-listed as Endangered by the International Union for the Conservation of Nature.

Any sharks caught that don’t die are shot dead.

The activists believe sharks are unfairly demonised as attacks on humans are rare, and the film Jaws has hampered conservation efforts.

The local government defends itself by saying the baiting and hooking are needed to minimise the threat of attacks on people.

The court battle begins in January. 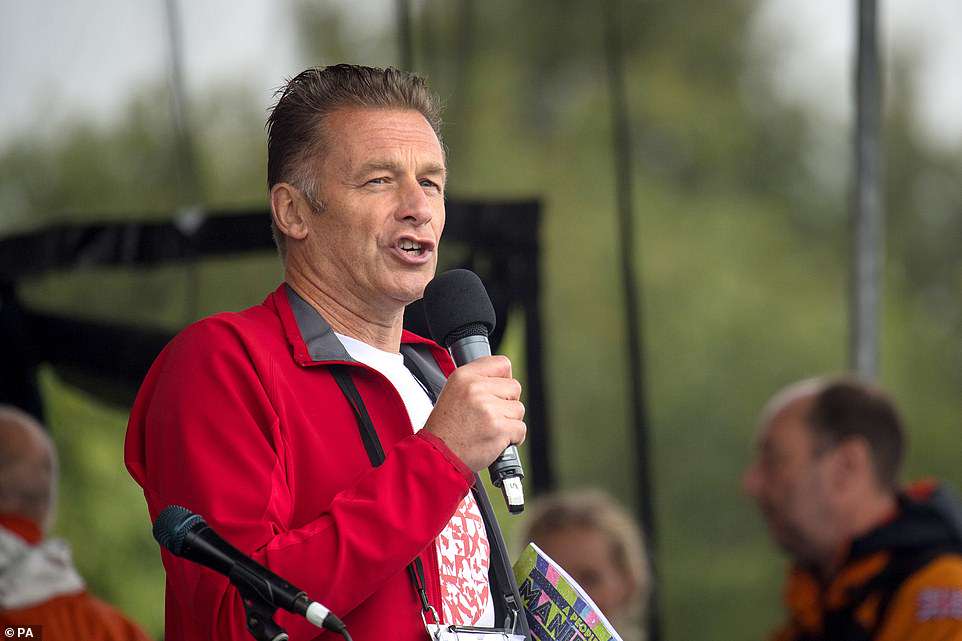 TV presenter Chris Packham has spoken out against the practice, saying tourists would be appalled if they knew what measures were being put in place to protect them 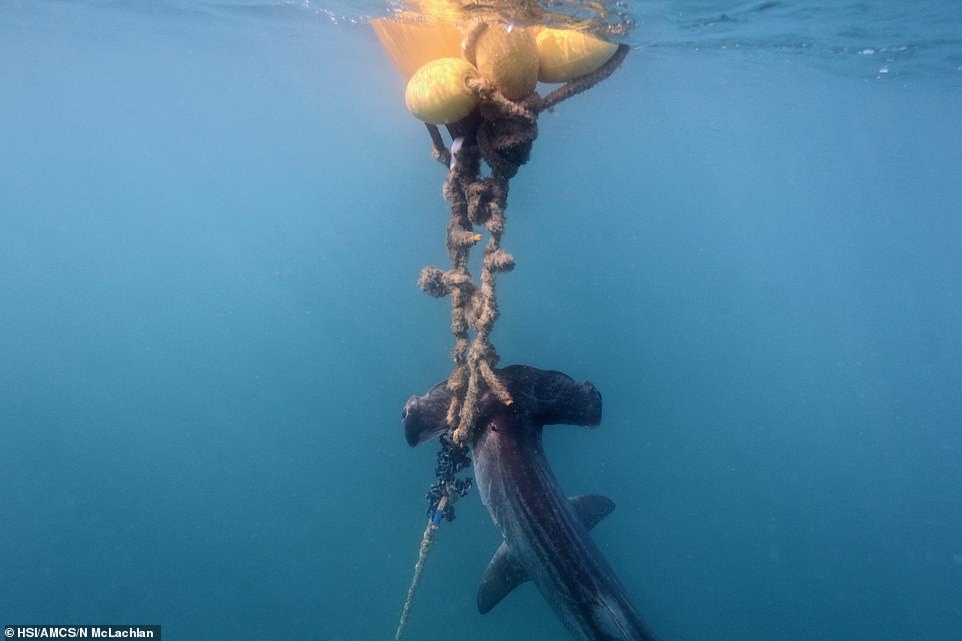 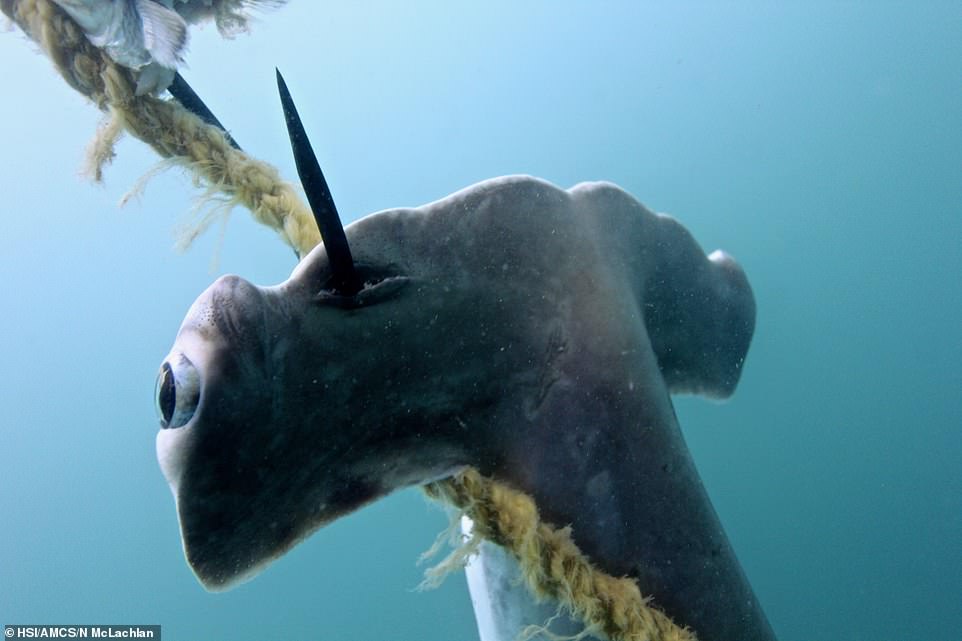 Statistics show at least 10,400 sharks have been caught this way since 2001 being brutally snared on fishhooks after being drawn in by bait attached to the drumlines 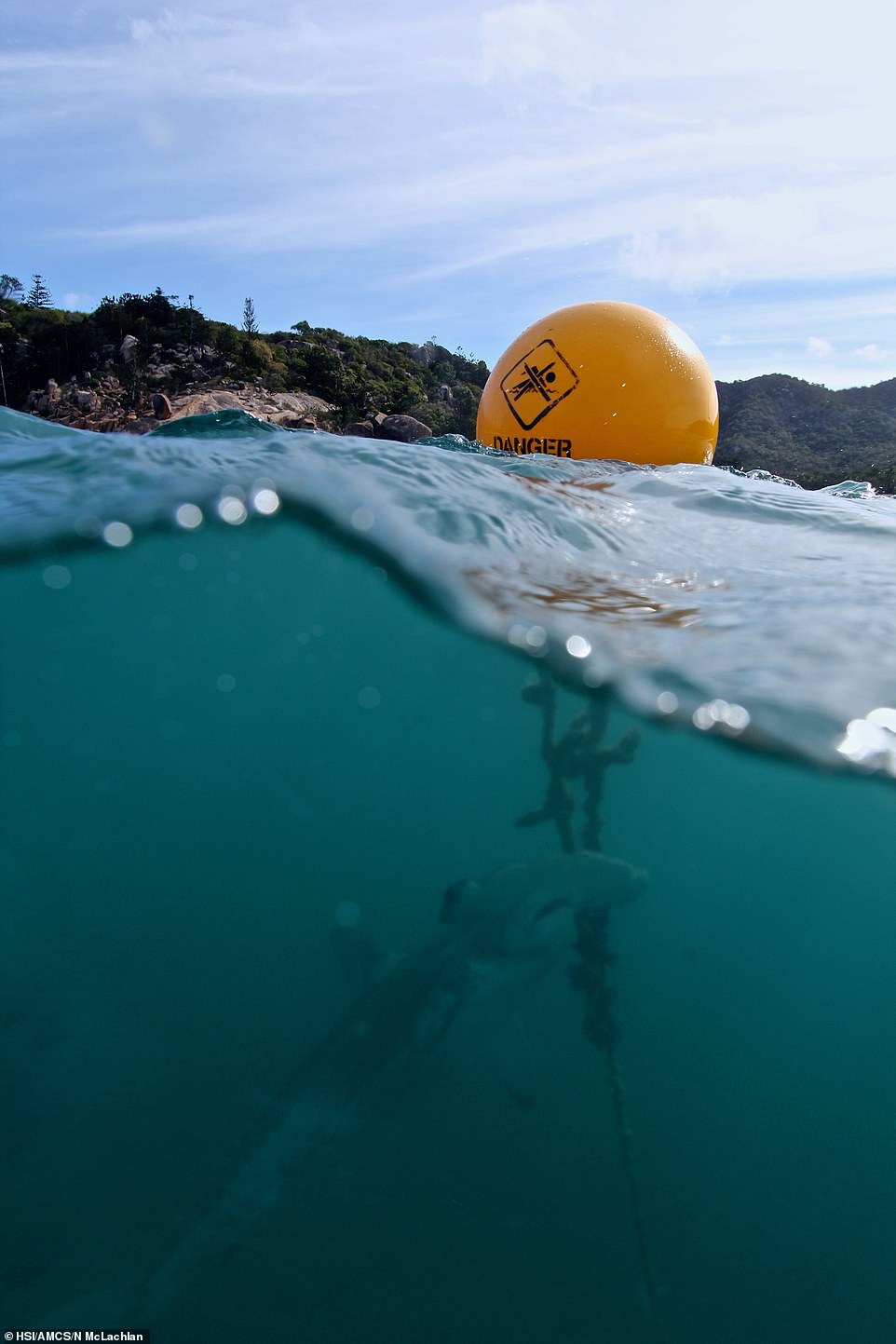 As well as sharks, tens of thousands of other fish, rays, turtles and dolphins are also being killed when they are accidentally caught on the lines