Shocking footage shows the moment a mass brawl erupted in a school canteen after a pupil allegedly ripped off a girl’s headscarf.

Police with dogs swarmed Fir Vale School in Sheffield, South Yorkshire, to break up a riot involving 100 people at lunchtime on Tuesday.

The building was placed in lockdown following the violence, which was described as ‘like World War Three’.

A jaw-dropping video clip shows about 12 students grappling and punching each other.

Other pupils can be seen trying to escape the fracas by clambering over tables as teachers struggle to break up the fight.

Parents claim the brawl broke out because a female pupil’s headscarf was torn off.

He said: ‘The day before the riot there was an incident between a Yemeni girl and a Eastern European girl and her headscarf was ripped off.’

Amjad Yasin, 40, who has two boys aged 13 and 14 at the school, claimed it was a girl from Somalia who was involved in the alleged fight with an Eastern European girl, before ‘one girl’s headscarf was torn off’. 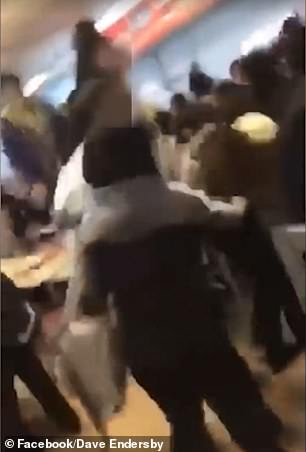 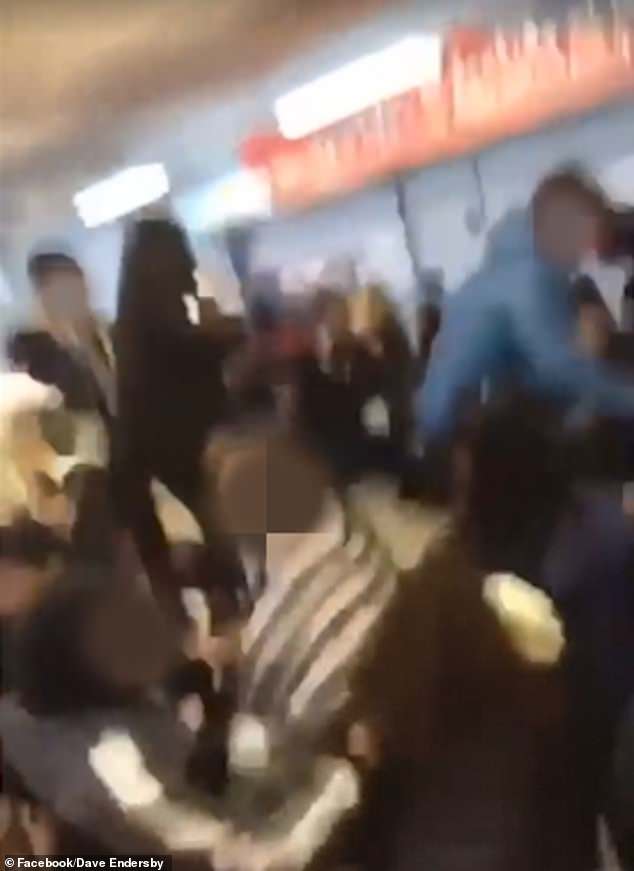 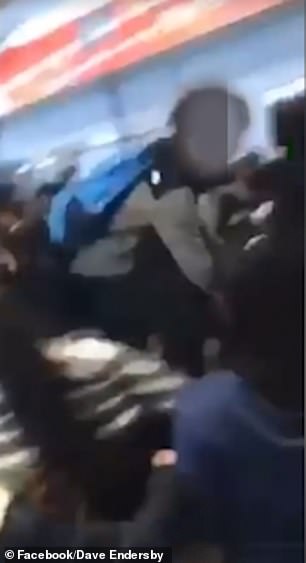 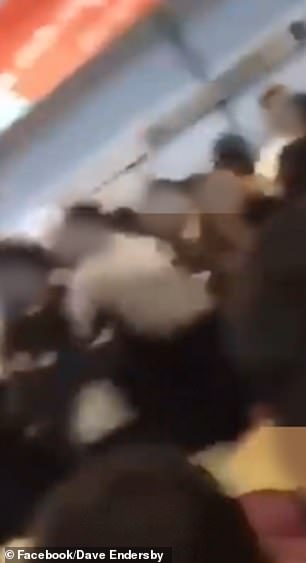 The fight in the canteen moments before police with dogs swarmed the school in Sheffield, South Yorkshire

Previous footage showed about 100 people outside the school gates after the violence erupted in the canteen.

A girl in the clip was seen being pinned to a car bonnet by officers.

The school of about 1,000 pupils was closed on Tuesday afternoon and re-opened the next day with police stationed outside.

Police said they had not made any arrests. Ambulance crews treated two patients for minor injuries.

South Yorkshire Police said: ‘We are continuing to support and work alongside the school in relation to yesterday’s incident.

‘Officers are working with staff to review CCTV footage and speak to witnesses to understand exactly what led to the altercation inside the building.

‘As enquiries continue, we will of course look to investigate any offences that are made apparent or that are disclosed to us.’

Fir Vale School have been contacted by MailOnline for comment.