A shocking video shows the aftermath of a dramatic collision between a police speed camera van and a speedboat in Kent.

The smash, which took place on Wednesday morning on the A228 in Cuxton, reportedly occurred after a trailer towing the speedboat came unfastened.

Police reported that nobody was hurt in the incident, but have issued the driver involved with a traffic offence over the loose trailer.

The speedboat (left) reportedly became unfastened from its trailer and collided into the front of the police van (centre), causing serious damage to the bonnet

The incident, which took place on Wednesday morning in Cuxton, Kent, resulted in the front-left light of the van to be gouged out by the tip of the boat

A passerby filmed the decimated bonnet of the police van, and the man filming can be heard chuckling as he pans out to reveal the front of the boat which has been embedded in the police vehicle.

He laughs and says: ‘Now that’s what you call justice. Been done from behind mate, eh?’

He then moves to be behind the police van, where an Audi remains stationary, having appeared to have gone into the back of the speed camera car. 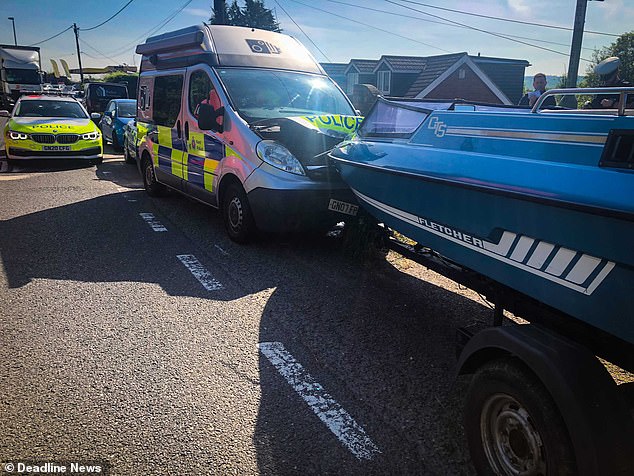 Nobody was hurt in the smash on the A228, but police have issued the driver involved with a traffic offence over the loose trailer 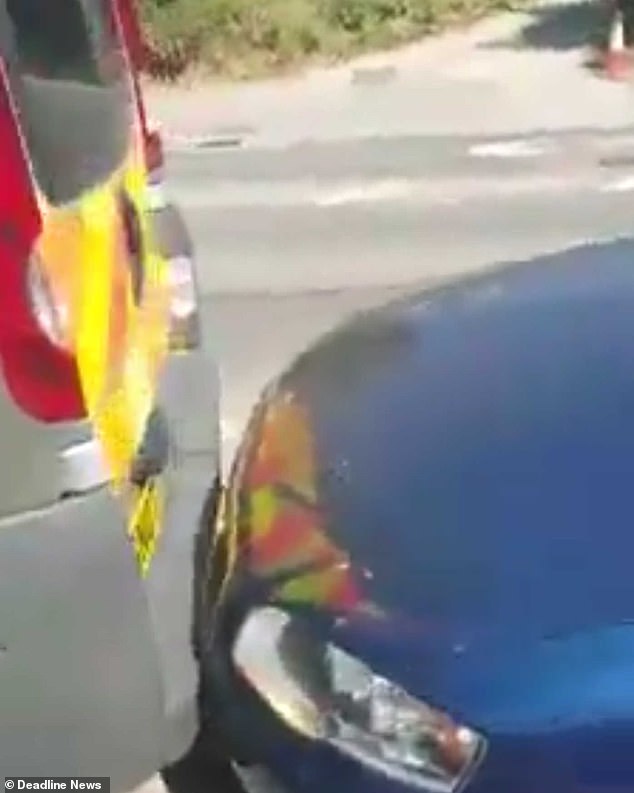 A third vehicle is also seen stopped just behind the Audi in the queue of traffic and the man recording then walks off saying: ‘Well that’s made my day, love it.’

Photos of the aftermath taken by Kent Police Roads Policing Unit (KPU) also show how the front light of the van has been gouged out by the tip of the boat and another image reveals the buckled and contorted bonnet.

They shared the images captioned: ‘Luckily no one was hurt. The trailer broke away, crossed incoming traffic, luckily missing them and struck our camera van. 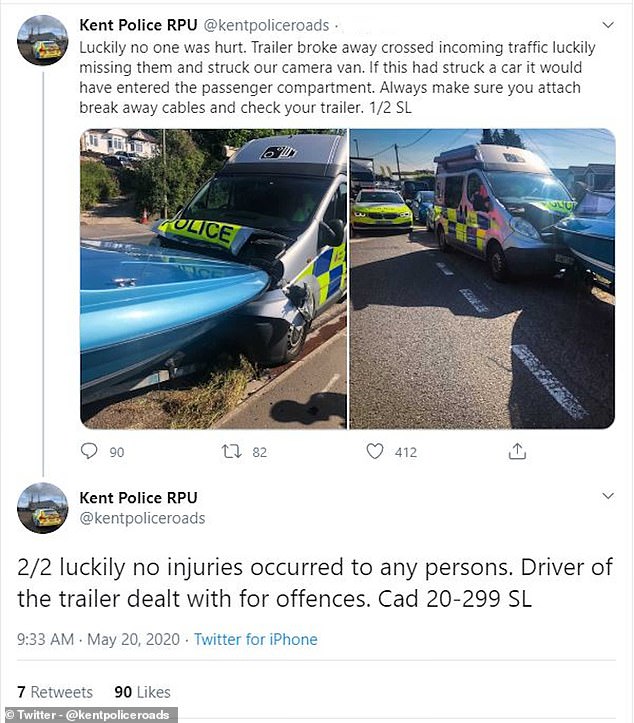 ‘If this had struck a car it would have entered the passenger compartment. Always make sure you attach break away cables and check your trailer. Luckily no injuries occurred to any persons. The driver of the trailer was dealt with for offences.’

A passing paramedic also managed to get a snap of the damage.

He posted the picture to his Twitter, @ambulancemike, captioned: ‘Thankfully all staff, officers and public are okay.’