Shocking footage shows the moment an arsonist blows himself up

Shocking footage has emerged of an arsonist blowing himself up as he attempted to set a car on fire with two accomplices in Canada.

Montreal police are seeking the public’s help in locating three men who were involved in setting an SUV on fire on Wednesday morning.

The arson attack was caught on camera at 10.55 am on Wednesday in Montreal’s Mile Ex district. 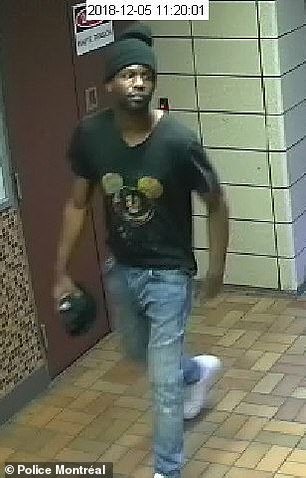 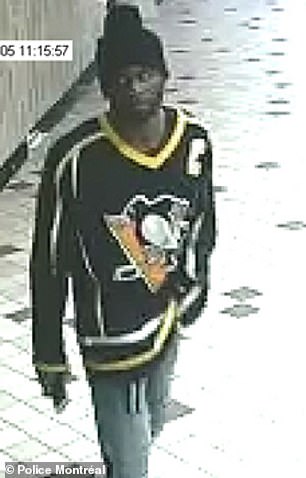 The surveillance video shows three men walking around a red 2018 Dodge Journey, opening its doors and pouring liquid from a plastic container.

Seconds later, one of the men sets the car on fire and it immediately explodes into flames, knocking one man over before they all run off.

Police say the three suspects are all men in their twenties who likely have burns on their hands and faces.

The vehicle had an Ontario licence plate with the number BXNL 193.

The car then bursts into flames , sending two of the men hurling through the air with the impact 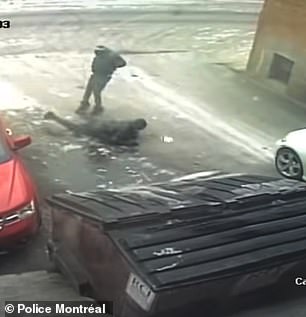 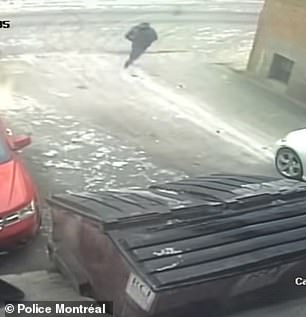 In October, a man killed in a car explosion over the weekend in Allentown, Pennsylvania, intentionally carried out the blast that also killed his 2-year-old son and another man.

Jacob Schmoyer, 26, revealed his intentions in four letters sent to his family and law enforcement, said Don Robinson, special agent in charge of the investigation for the Bureau of Alcohol, Tobacco, Firearms and Explosives.