The owner of a vet clinic where a huge RSCPA and police raid saw more than 100 animals taken broke down in tears as shocking images emerged of inside the centre.

These pictures show the filth and squalor family pets and rescued dogs were being kept in before a huge raid by animal welfare officers and police at 4 pets veterinary clinic and dog rescue centre.

Dogs and cats can bee seen being kept in cages full of excrement and urine at the centre in South Killingholme, Lincolnshire.

One shows a dog penned into a tiny cage while others show a horse with painful sores on its head and legs.

A horse looks out onto a scene of rubbish in stables near the rear of the property at the 4 Paws centre in South Killingholme, Grimsby 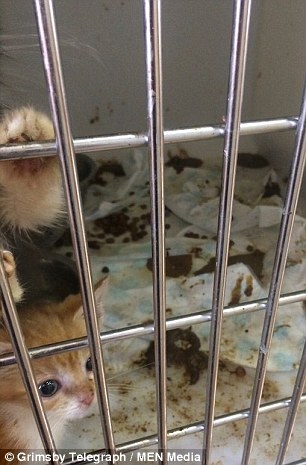 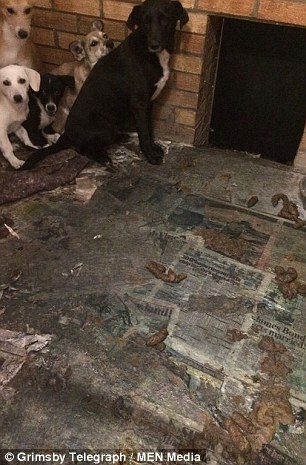 Pictures supplied to the Grimsby Telegraph shows kittens, puppies and dogs being kept in disgusting conditions, surrounded by their own feces 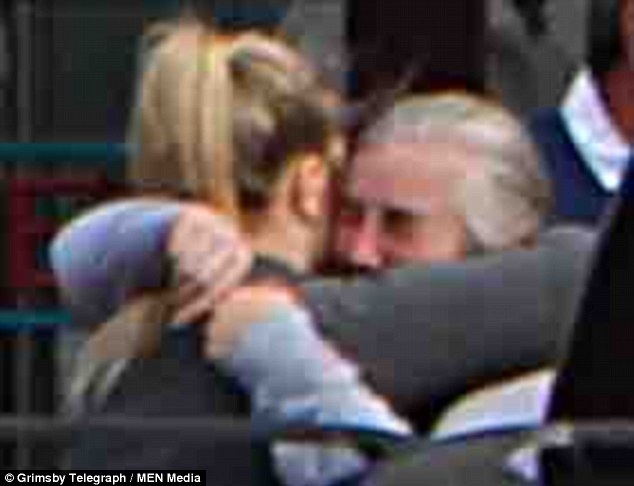 The raid, under the codename ‘Operation Cadmium’, is believed to be one of the largest carried out in the RSPCA’s recent history.

Teams of welfare officers spent hours recovering dogs, cats and other animals before transferring them for medical treatment and to safe boarding.

The owner of the centre, Jodie Fairbrother, was seen at the centre as the raids were taking place and being consoled by family members.

The raids followed growing concern from local residents in South Killingholme about conditions at the centre and also complaints from people who had used the facilities for their animals.

The 4 Paws centre claimed to offer cheap veterinary clinics and boarding for family pets as well as acting as a ‘rescue centre’ for dogs imported from Romania.

Pet owners shared their concernsabout the centre and with a catalogue of cases where they suspected animals were not being cared for. 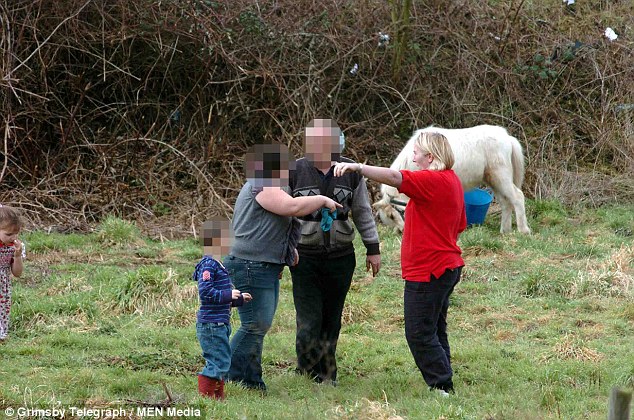 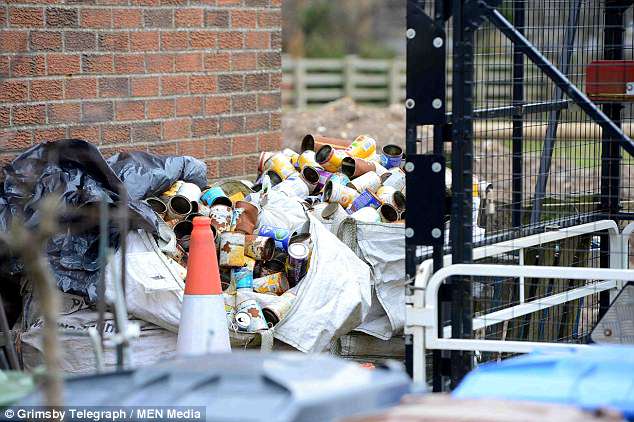 Rubbish was piled high at a wall next to the centre. Sources claimed it acted as a major ‘importer’ of dogs from Romania which would then be sold as pets to owners here for more than £200

It is thought at least 100 animals were removed from the centre by the RSPCA with support from the Dogs Trust.

Sources claimed the centre acted as a major ‘importer’ of dogs from Romania which would then be sold as pets to owners here for more than £200.

A van was used to transport the dogs to North Lincolnshire by the charity with regular trips being made across Europe.

But the Telegraph has been made aware of several cases where dogs bought by kind-hearted animal lovers were then reported to be found to be suffering from serious illnesses and medical problems. 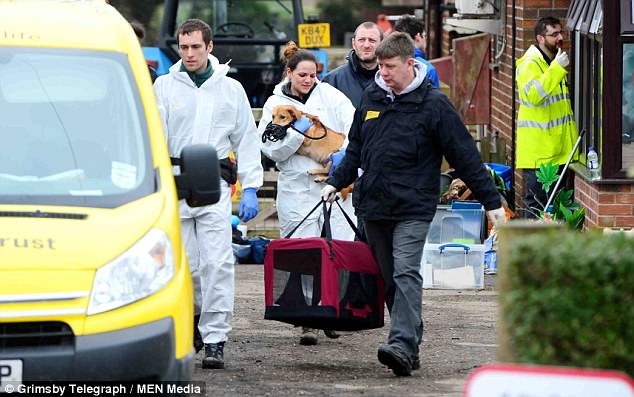 A spokesman said yesterday: ‘RSPCA officers have accompanied police as a warrant is being executed at a property in Killingholme in Lincolnshire.

Dogs Trust and vets are also present to assist.

‘A large number of animals were removed from the property and, as an investigation is ongoing, we cannot go into any further detail.’

Tim Harvey of Humberside Police said: ‘We and our colleagues at the RSPCA are currently carrying out an intel-led operation at an animal rescue organisation in Killingholme.’

The RSPCA issued advice to anyone who has a pet at the centre.

‘A spokesman said: ‘If your pet was at 4 Paws, please contact the RSPCA appeal line on 0300 123 8018 and leave your details in relation to ‘Operation Cadmium’.

‘A member of the team will contact you in the coming days.’