A British-born Soviet spy linked to the assassination of US President John F Kennedy confessed to his family in Grimsby that he was ‘under investigation’ by the FBI – but insisted: ‘My conscience is clear on this matter.’

In an astonishing letter to relatives he had visited for four days in November 1963, at the time of the Dallas shooting, Albert Osborne told them he was being hunted by American security services.

Mr Osborne had befriended Oswald while on a bus to Mexico two months before the assassination.

In an astonishing letter to the family he had visited at the time the world leader was killed in 1963, Albert Osborne confessed he was being hunted by America’s top security services 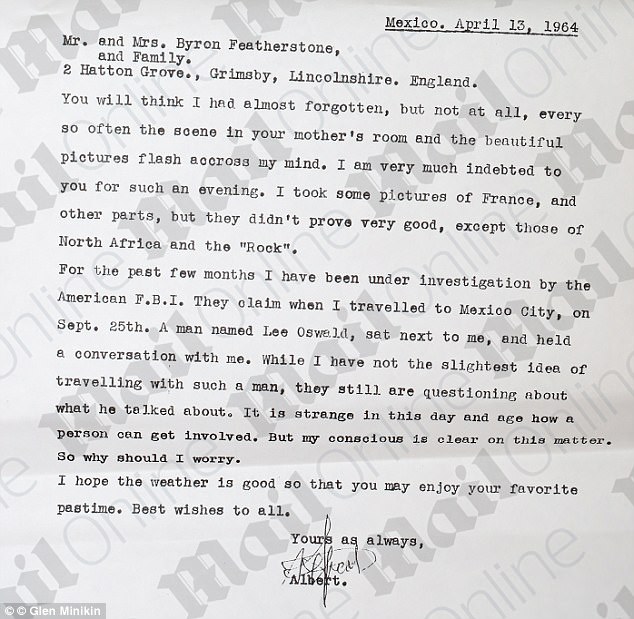 In a desperate attempt to appease his alarmed family, after the FBI called at their North East Yorkshire council semi seeking him, Osborne said that his ‘conscious is clear’ when it came to his suspected connection to John F Kennedy’s assassin, Lee Harvey Oswald

Osborne, sent his letter posted from Texmelucan, in the Mexican state of Puebla, to his family just five months after the assassination

But in his letter, he told family: ‘For the past few months I have been under investigation by the American FBI.

‘They claimed when I travelled to Mexico City on Sept 25th, a man named Lee Oswald sat next to me and held a conversation with me.

‘While I have not the slightest idea of travelling with such a man, they still are questioning about what he talked about.

‘It is strange in this day and age how a person can get involved. But my conscience is clear on this matter. So why should I worry.’

Mr Osborne is suspected of making a tip-off phone call warning of JFK’s assignation while he was staying in Grimsby.

New documents released by the US government yesterday show the Cambridge News newspaper received a call shortly before 6pm on November 22, 1963, warning ‘Call the American Embassy in London for some big news’. 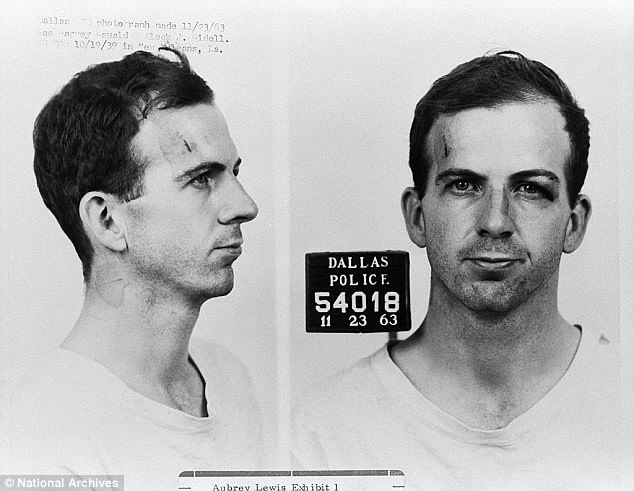 Osborne reveals in his letter that he is being accused of befriending JFK’s assassin Lee Harvey Oswald (pictured), but claims his memory doesn’t register it despite claims they travelled and chatted on a bus together from Mexico to Dallas, Texas 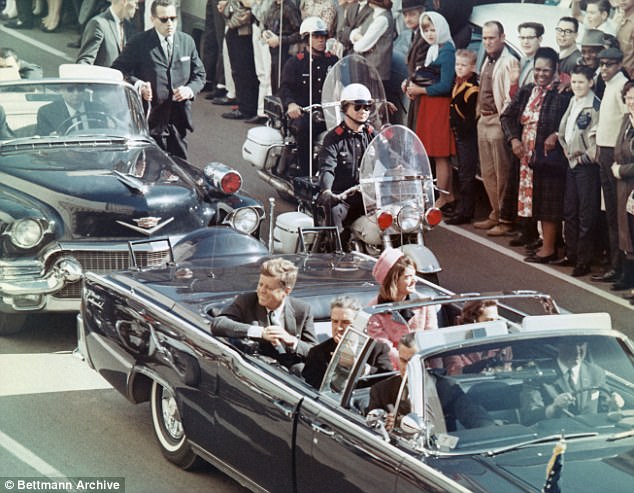 It is also believed that Osborne tipped off the British press that JFK would be assassinated 25 minutes before the ‘shot heard round the world’ on November 22, 1963. JFK is pictured above just minutes before his death in Dallas, Texas

Mr Osborne had been staying with his sister Lillie Featherstone at the time.

While he was there, the colourful spy met his Lillie’s son – his nephew Byron Featherstone – and his son Daryl, then 12, at their council house in the Lincolnshire town. 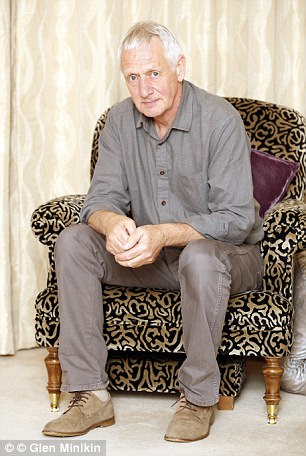 Osborne’s letter was revealed exclusively to MailOnline from his relative, Daryl Featherstone, who still lives in Grimsby

Daryl recalled: ‘I don’t remember much about the visit, I was only a young lad but I do remember my uncle, he was quite a character.

‘I had previously met him when I was a lot younger, may about three, and he had given me the bible stories book which I still have.’

Fifty-four years on from that visit, Daryl gave MailOnline Mr Osborne’s incredible letter dated April 13, 1963, thanking the family for letting him stay and addressing speculation linking him to Oswald.

Daryl kept the letter after his father Byron died aged 96.

Speaking exclusively to MailOnline, Mr Osborne’s great nephew Daryl said: ‘For all I know the relative I met as a young boy was linked to the President’s murder.

‘It is a shocking and overwhelming thought that he may have been involved but now but perhaps we’ll never know.

‘Uncle Albert, that’s what I called him, seemed quite shady and I can’t believe after all this time that a very ordinary family growing up in a council house in Grimsby is now linked to a worldwide historic event that everyone’s talking about. It’s beyond belief. 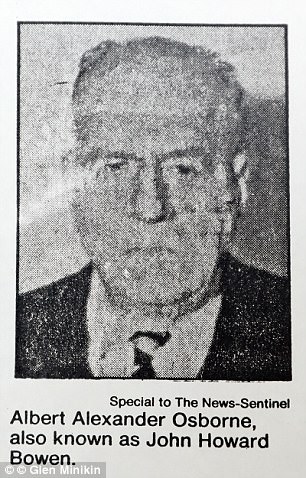 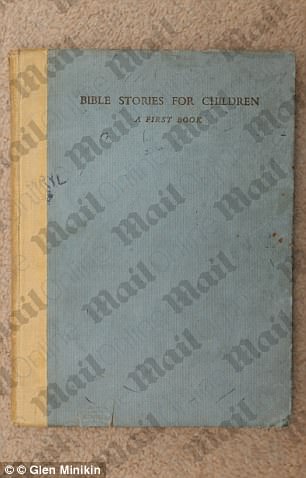 Featherstone recalled how he had met Osborne, referred to simply as Uncle Albert, just twice at home. One meeting was when Featherstone was toddler and was handed as a gift a child’s first prayer book 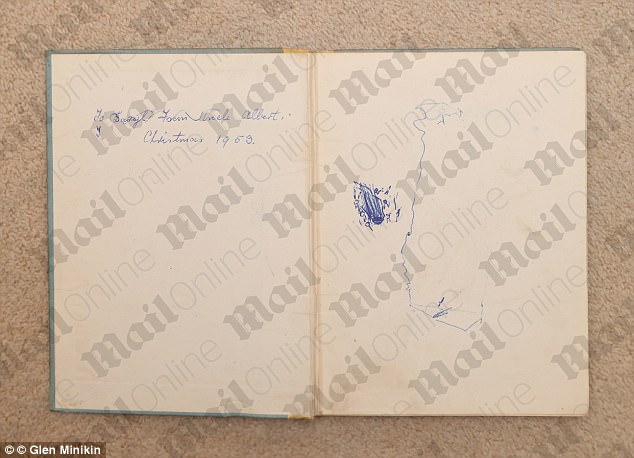 Inscribed on the inside cover of the prayer book, Osborne wrote: ‘To Daryl from Uncle Albert Christmas 1953’ 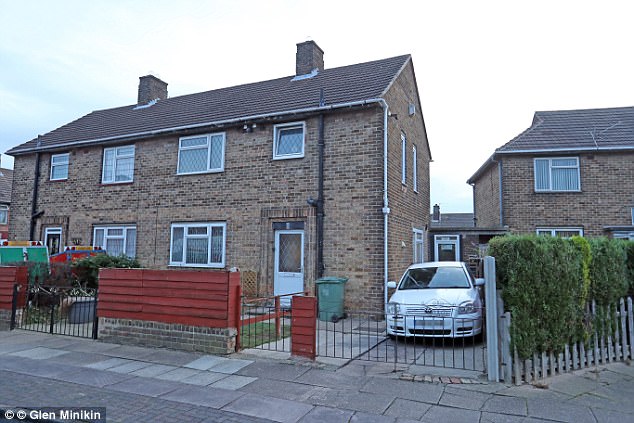 ‘I only met him twice and remember him being a big guy and quite friendly but a bit dodgy.

It’s the most dreadful thought for our family he may have been an accomplice to the President’s shooting. We’re heard all sorts of rumours.

‘They’re mind blowing and intriguing. My poor dad died two months ago and went to his grave never really knowing the truth, although I think he suspected.’

Daryl, a grandfather of two, added: ‘For all we know he could have been involved in a conspiracy to assassin, it’s surreal to think about and there’s a lot to take on board. It’s intriguing. It’s history.

‘He was a sharp shooter in the Army, a very good shot and may have passed on some expertise knowledge.’

Daryl recalled how he had met his great uncle, referred to simply as Uncle Albert – his grandmother Lillie Featherstone was Albert’s sister – just twice at home.

Once when he was toddler and was handed as a gift a child’s first prayer book, with a neatly scrolled Italic note on the inside cover: ‘To Daryl from Uncle Albert Christmas 1953.’ 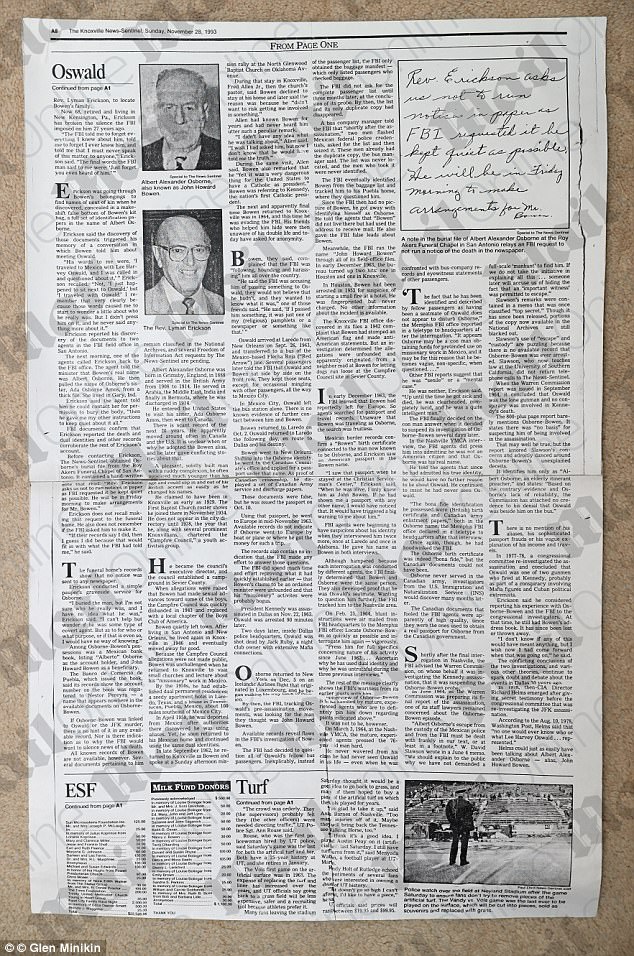 The store about Oswald in the Knoxville News Sentinel was published on November 28, 1993, 30 years after Kennedy’s November 23, 1963, death

The second significant time was when he visited the family home a few days before JFK’s killing when Daryl was aged just 12.

He recalled: ‘He spent an evening visiting us at the family council house before going off to another relative’s house where he is believed to have made that phone call.

‘Not many people had home phones in those days but my dad and grandad were both taxi driver so it may have been a necessity for their job.

‘I was too young at the time to have known what was going on by my dad later spoke about it.’

Daryl told how the FBI and Scotland Yard turned up at his parents’ home a few days after the President’s assassination.

He explained: ‘My father told them he had visited briefly for an evening before travelling off to Italy.

‘Officers just wanted to know where he was but never mentioned the assassination as they knew he had been in Grimsby at the time of JFK’s murder.’

Daryl, who lives with wife of 43 years Sue, said: ‘It is the strangest feeling that normal people like us from this little seaside town can be connected to something that was so huge at the time.’

Mr Osborne, who travelled the world and lived in Mexico as a missionary, died in San Antonio, Texas, aged 75, in 1966 – three years after the assassination.