Mother nature in full force! Moment a great white shark eats a seal off the coast of Cape Cod in front of horrified beachgoers

A Great White Shark has been caught on camera eating a seal just feet from the beach on Cape Cod.

In the clip, the shark can be seen thrashing back and forth in the water as it attempts to kill the seal.

Horrified beachgoers could be heard gasping as they witnessed nature in full force.

The 10-second clip which was released by the Atlantic White Shark Conservancy comes at a time when there have been countless of shark sightings in the area this summer. 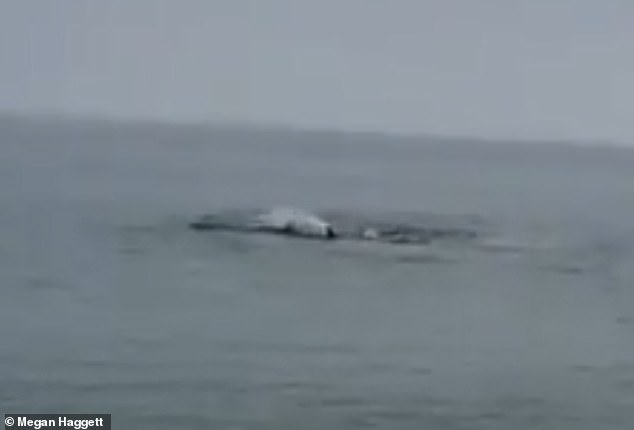 There have been dozens of temporary beach closures in August alone due to the presence of sharks in the waters around the Cape.

The video was taken by David Haggett on Wednesday at Nauset Beach whose wife, Meghan, later sent it to the conservancy to share online.

Haggett told the Boston Globe that the scene was ‘scary’ as the sea turned red as blood from the animal filled the water. 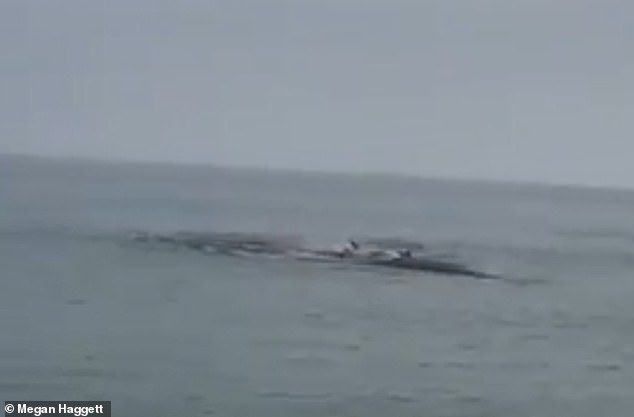 People who were standing nearby can be heard saying ‘oh my God!’ as the shark gets its next meal thrashing its tail about in the water.

After the sighing, Nauset Beach was temporarily closed to swimmers.

The beach has been closed 12 times this month. Researchers told the Globe that 19 sharks have been tagged this summer – a record for this point in the season.

Officials from the Atlantic White Shark Conservancy say that the period between August and October is the height of great white shark season off Cape Cod.

‘A number of predations have been witnessed recently off Callanan’s Pass (north of the public beach),’ the conservancy wrote.

‘We remind Cape residents and visitors that August-October are the peak months of white shark activity off our coast. Please adhere to all signage and flag warnings at beaches and follow instructions of the lifeguards.’

A seal is a great meal for a shark with it being almost 50 per cent far. Great whites also dine on other fishes and occasionally sea turtles.

A single shark can consume approximately 11 tons of food in one year.

A human, by comparison, usually eats about half a ton. 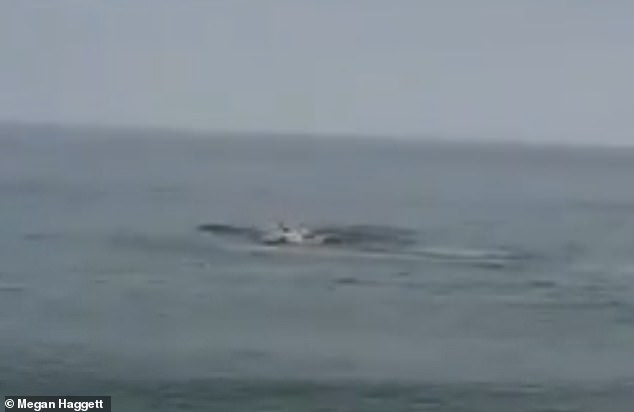