Shocking footage of teenagers on motorbikes terrified emus through a paddock has sparked outrage on social media.

The teens filmed themselves chasing the flightless birds on motorcycles and quad-style bikes in Victoria’s Latrobe Valley, 140km east of Melbourne.

The footage received nearly 50,000 views and over 1,000 shares on Facebook, with many left furious by the display of animal cruelty.

Teenagers on motorbikes were seen chasing terrified emus through a paddock (pictured), sparking public outrage when the video went viral on social media 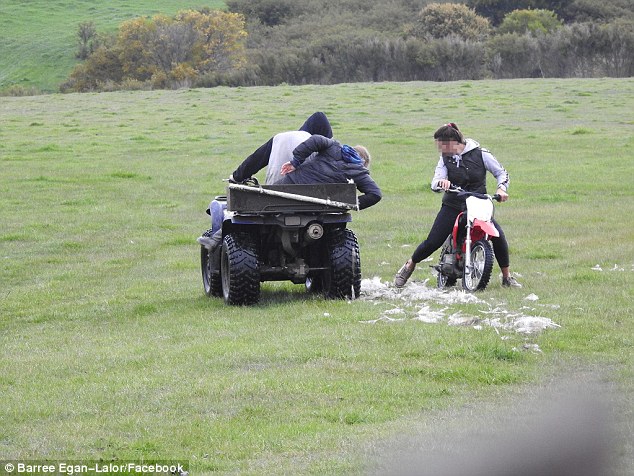 The video emerged after a man was charged last week for animal cruelty related offences after he filmed himself running down multiple emus with his 4WD in Cowangie, Victoria.

The 20-year-old is set to appear in court in November.

Barree Egan-Laylor, who filmed the Newborough incident, said incidents like these were not uncommon and that it has been happening on a ‘regular basis’ for around 18 months now, according to The Herald Sun.

‘These people think they are above the law and can chase our beautiful wild life,’ she said.

‘So far five emus have been found on the roads because these people chase them out of the paddock. You can see how frightened the emus are in video’.

‘One emu has been killed and two seriously injured’.

In the comments section, Ms Egan-Lalor also posted a photo of emu feathers on the grass after the birds were hit by the motorbikes.

Ms Egan-Lalor also added that she has reported the incident to the police and animal welfare group RSPCA Australia ‘a number of times’. 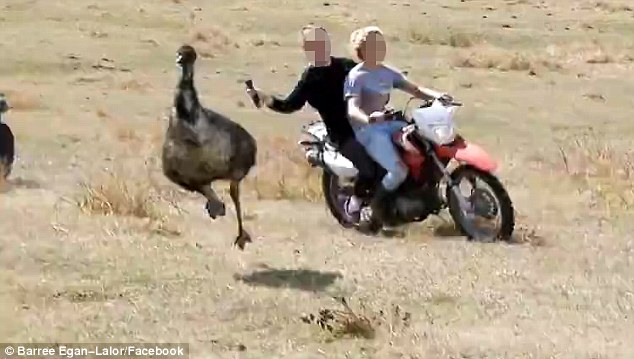 Facebook users expressed anger and dismay over the incident.

‘So, one clown decides to run down some of these poor defenceless animals in his 4WD just last week and now everyone decides to be a copycat. What a bunch of morons these people are!’ one comment read.

‘What the f*** is wrong with people these days! Seriously! All I see if people hurting animals! … Hope they find these girls! And lock them up,’ another said.

‘That’s so messed up. Have you sent the video in to the police? Maybe even into the media, they’re not wearing helmets and Newborough is a small town. Someone will know who they are,’ someone commented.

Victoria Police, Wildlife Victoria and the RSPCA have been notified of the incident and are currently investigating.

Since the enactment of the Prevention of Cruelty to Animals Act in 1986, the maximum jail term for animal cruelty offences in Victoria is currently at two years, according to the RSPCA. 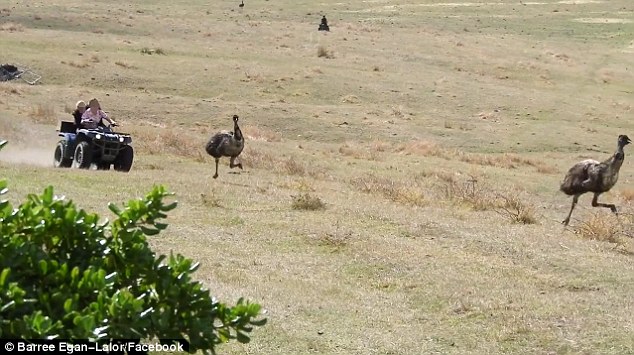 The footage received nearly 50,000 views and over 1,000 shares on Facebook, with many clearly angered by the display of animal cruelty