Shocking moment a light aircraft crash lands and flips over

This is the shocking moment a light aircraft crash lands and flips over as the pilot attempts to set it down on a lakeside road.

The footage, captured in Norheimsund, Norway, shows the small plane approaching the road from across a lake.

All seems well as it descends, but just as the plane reaches the edge of the road, it catches on the ground below and tumbles into a crash landing. 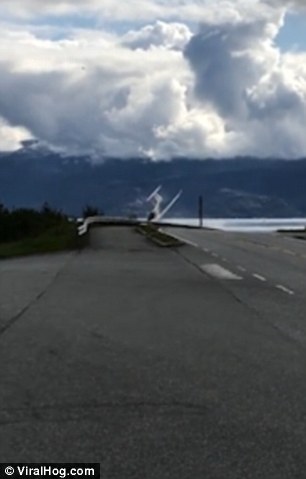 A light aircraft attempting to crash on a road in Norheimsund, Norway crashed nose-first after missing the tarmac

The small plane hits the ground with its right wheel and twists to the side, momentarily perching on its wing.

It then falls forward and twists on its nose before coming to a halt with its back end in the air.

A cyclist is then seen cautiously passing by the plane – just yards from the crash site.

A 61-year-old pilot was reportedly in the plane when it crashed, but he is said to have only suffered minor injuries. 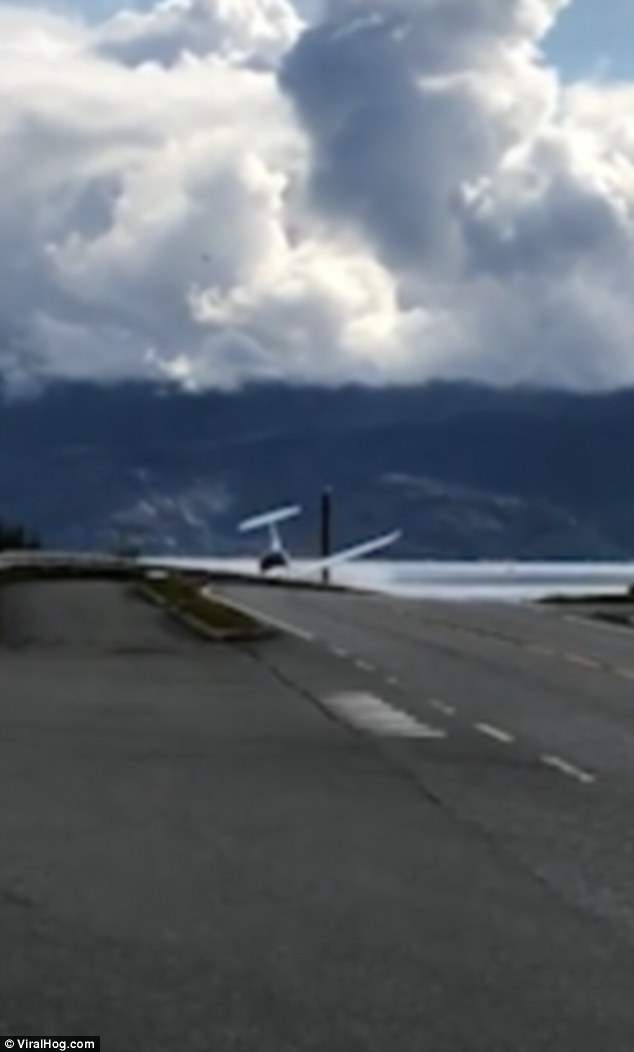 The reason for the plane’s nose dive is still unknown, but it is believed the light aircraft was attempting to land on the road.

The footage was captured at an event in Northeimsund called Wings and Wheels, Cars and Planes on August 25.

The event featured helicopters, small planes and micro-planes with sightseeing tours and boat trips on the fjord.