Two people have survived a terrifying attack by a man who struck their car with an axe in a horror movie-like incident captured on video.

The two Coles workers were leaving the carpark at about 6pm last Sunday at the Rockingham Centre, in south Perth, when a man with an axe sprinted at them wielding a hatchet.

WA Police confirmed the pair had to run for safety, both jumping in one vehicle.

The frightening footage shows a tall man sprinting towards the car while holding the axe in his right hand.

‘Drive drive drive,’ a man in the car shouts, as he manages to keep filming. 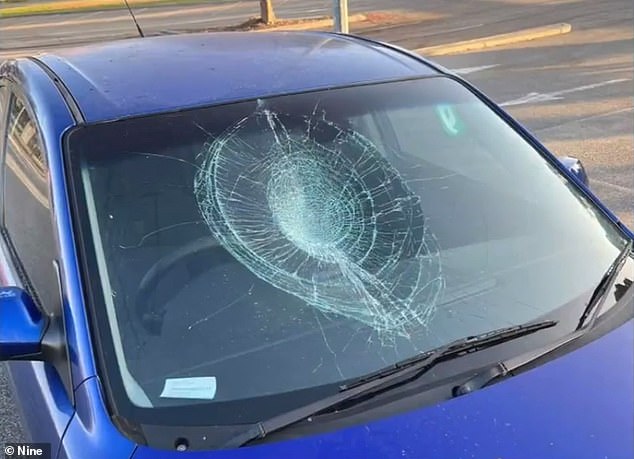 The frightening footage showed a tall man sprinting towards the duo’s car in the Rockingham Centre car park while holding the axe in his right hand. He smashed another car’s windscreen

The panicked driver is unable to drive off quickly enough and the man catches up with the car and slams the axe into the left-rear window as a woman screams inside the car.

The attacker then jumped on the windscreen of another car, also believed to belong to one of the pair.

Neither was injured and they claimed to not know the attacker.

They have also expressed fears they could be targeted again.

Photos taken after the attack show the windscreen caved in on the driver’s side.

Western Australian Police are conducting investigating but the footage has been confirmed as ‘legitimate’.

‘The two victims saw the offender approach and both got into one vehicle together for safety,’ WA police said in a statement to Daily Mail Australia.

‘The incident occurred about 5:30pm on Sunday 13 March 2022 in a shopping centre car park at the corner of Read Street and Council Avenue in Rockingham.’

Anyone with information regarding the incident is asked to call Crime stoppers on 1800 333 000 or report the information online at crimestopperswa.com.au 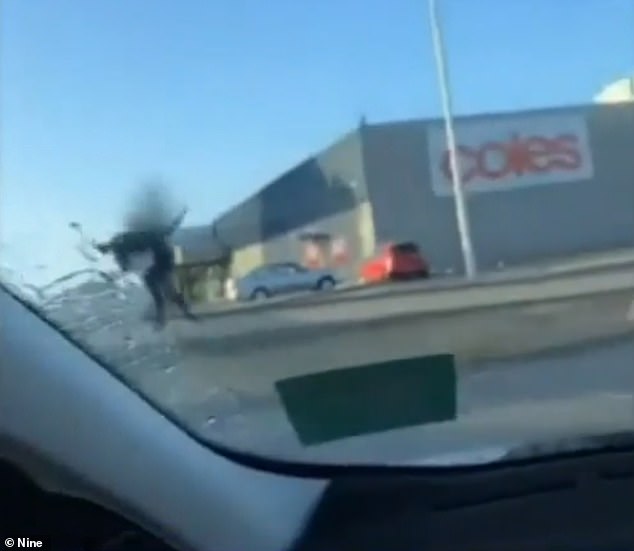