Shocking has emerged of an enraged passenger grabbing the steering wheel from a bus driver’s hands because of a missed stop.

The frustrated traveler was on a rail replacement bus from Pukekohe to Britomart, New Zealand on Monday when the incident took place.

Footage captured by another passenger on the bus shows the man shouting at the driver, complaining she had passed his stop, the NZ Herald reported.

‘Drop me off right here. I wanted to get off by the K-fry’, he yells angrily as the bus continues up Great South road in Papakura.

The driver tries to explain to the agitated passenger where the next stop is while navigating the bus to the Southgate Shopping Centre in Takanini.

The man – who is not wearing a mandatory face covering – continues to hurl relentless abuse at the driver before deciding to take matters into his own hands.

The man is seen reaching into the drivers compartment and pulling the steering wheel to the left, narrowly avoiding a collision with a nearby tree. 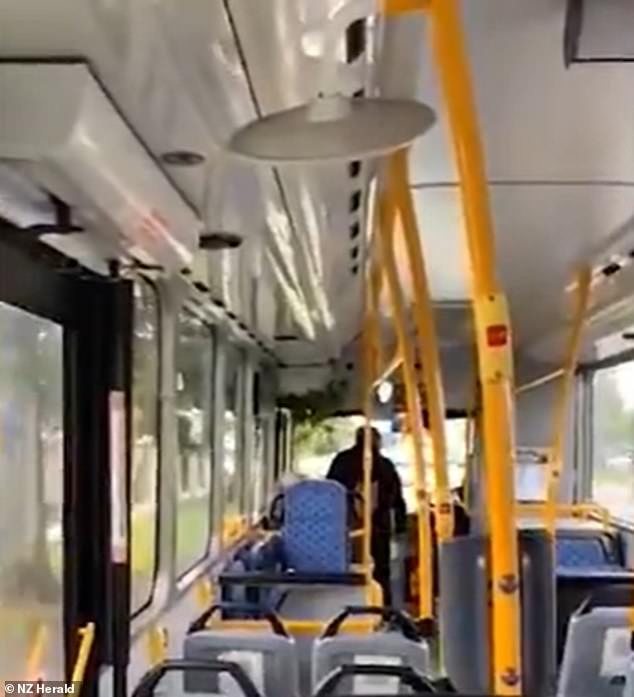 The man continues to hurl abuse at the driver as the bus comes to a sudden stop, asking her to ‘open the f***king doors’

The passenger filming the incident appears to drop their phone from the impact of the sudden movement.

As the vehicle recovers from the violent lurch, the man continues to curse at the driver and asks again to be let off the bus.

‘I ask you to drop me off, you drop me off. Open the f***king doors’, he demands before throwing himself at the doors in an attempt to break free.

As the doors finally open the man walks past the gobsmacked passengers still inside and continues his tantrum on the footpath.

A spokesperson for Go Bus told the NZ Herald that the bus was a rail replacement bus that only stops at train stations and not at other stops.

The driver was unharmed by the incident and continued her route as normal, the spokesperson said. 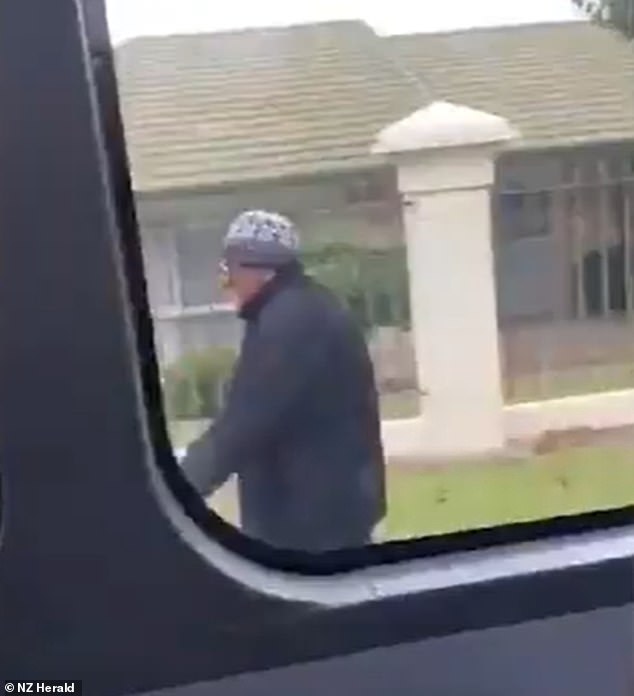