This is the shocking moment an Uber passenger attacked her female driver with tacos when she was asked to leave the car.

Maria Chavez, who works as a driver on weekends, captured the drunk woman as she threw food in her face on her car’s CCTV camera.

The clip began as the brunette passenger and a man sat in the car holding cartons of fast food.

They had ordered Ms Chavez to drive back to the bar she had picked them up from to collect other people, but the driver refused.

She instead politely asked the pair to exit her vehicle – which caused an argument to break out between the driver and her passengers.

Ms Chavez then asked the brunette woman, who hadn’t moved from her seat, to leave the car again.

But the inebriated female just continued: ‘Why? I have nothing to do with them and I don’t even know them.’ 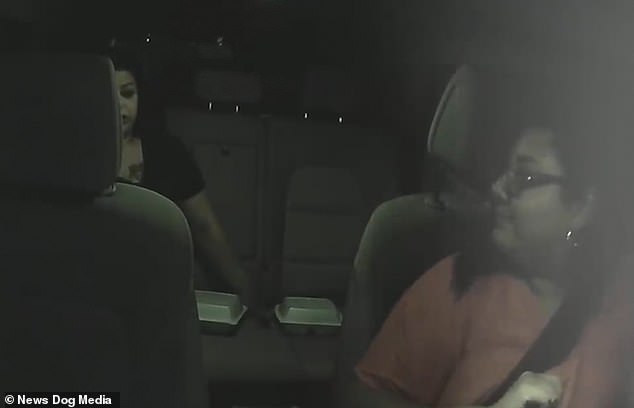 The clip began as a man and a brunette woman sat in the car holding cartons full of fast food at almost 1.30am 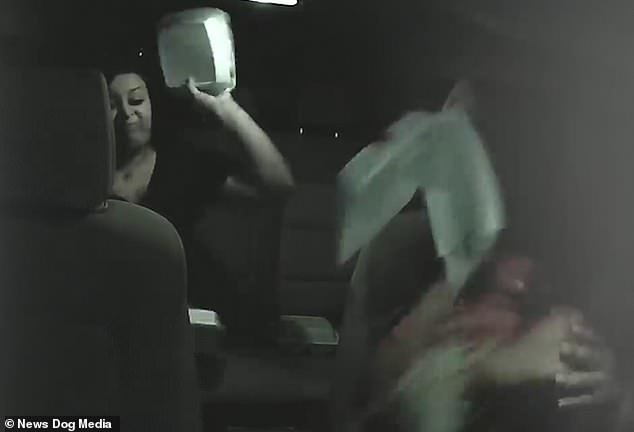 Ms Chavez remained dignified throughout and politely told the passengers: ‘I need you not to scream at me.’

But after pointing out the camera in her car, and again asking the woman to leave, the brunette passenger launched three cartons of tacos at her.

The Uber driver, who also works as a property manager in Midland, Texas, was then seen breaking down in tears at the sudden attack. 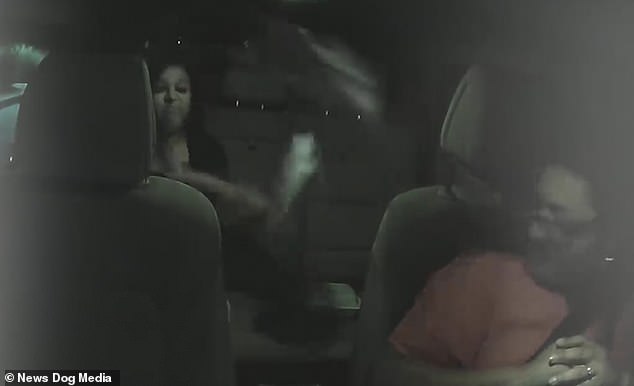 Ms Chavez and her husband David contacted the police following the incident, and have released the footage in the hopes the public can identify the woman.

David said: ‘My wife is a wholesome, god-fearing woman who does this on the weekend to supplement her professional 9-5 job.

‘She is embarrassed by this, but we will not let it go by the wayside. You don’t treat people this way.’