Shocking moment angry customer storms through a Tesco supermarket in London’s ‘covid capital’ of Ealing, emptying shelves of crisps, popcorn and chocolate after ‘being asked to wear a mask’

This is the shocking moment an irate customer storms through the aisle of a Tesco supermarket and throws items onto the floor in front of horrified staff after ‘being asked to wear a mask’.

Footage shows the man pulling items from the shelves and slamming them to the ground at a branch on Uxbridge road in Ealing, West London, on September 22.

The angry customer continues on his rampage down the confectionary aisle and litters the floor with crisps, chocolate and packets of popcorn, as concerned employees watch on.

It is understood that the customer launched his tirade at the store after he was asked by members of staff to wear a mask or leave the supermarket, The Sun reported.

During the clip, the man, who appears to be on the phone, pulls items from the shelves and throws them to the floor.

Piles of stock lay in heaps at his feet as he reaches up to the top shelf to pull more products off.

A security guard wearing protective clothing stands by the door and watches in horror as the shopper continues to empty the shelves.

As the shopper sends more items sprawling to the ground, the employee backs off and steps outside the store, appearing to look around.

The customer then kicks some of the food out from under his feet and shouts inaudibly as he continues to trash the aisle.

Police said they were called to the scene last month to reports of anti-social behaviour and arrested a man on suspicion of criminal damage.

A police spokesperson told MailOnline: ‘Police were called at around 21:00hrs on 22 September to reports of anti-social behaviour at a business premises in Uxbridge Road, Ealing.

‘Officers arrested a man on suspicion of criminal damage. He was further arrested on suspicion of actual bodily harm in relation to an alleged assault (minor injury) on a staff member at the store.

‘Soren Birch of Greenford was subsequently bailed with conditions to appear at Uxbridge Magistrates’ Court on 25 November to answer charges of intending to destroy or damage property, and assault by beating.’

A Tesco spokesperson said: ‘We’re grateful to the police for their assistance following a disturbance at our Tesco Express store on Uxbridge Road a number of weeks ago.’

The video has since been viewed more than 100,000 times across Twitter and Facebook where it has prompted confusion among social media users. 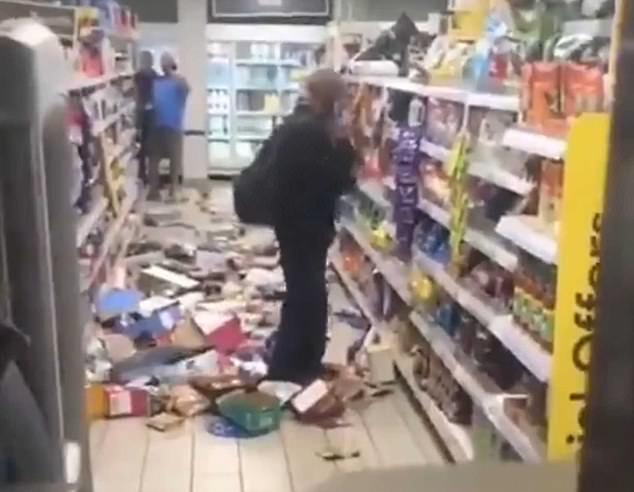 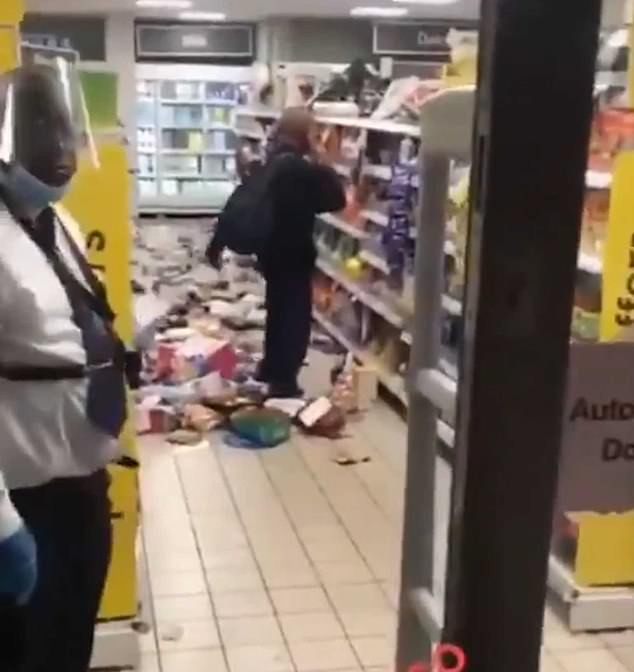 Last month, the Prime Minister revealed that fines for failing to wear a face covering would rise to £200 and will become compulsory for bar staff, shop workers, waiters and taxi passengers.

The figures came as Mayor Sadiq Khan said he ‘expected’ an announcement from ministers later today to confirm London will be moved to Tier 2 coronavirus restrictions ‘shortly’. MPs were told this morning it could be as early as midnight on Friday.

Moving from ‘medium’ up to ‘high’ would see the nine million people living in the capital banned from mixing with other households indoors, including in pubs and restaurants.