By Walter Finch For Mailonline

This is the horrifying moment a thug shoulder-barges a man before kicking him against a passing bus, which drags him under its wheels as onlookers gasp in shock.

Victim Guilherme Ramos Camargo, 21, miraculously survived the attack, spending 32 days in hospital – 27 of them in intensive care – and is now recovering at home in Cascavel, a city in the state of Parana, in southern Brazil.

CCTV footage of the attack – filmed on May 15 – shows the victim being bumped in the shoulder by Rodrigo Simao, 25, as he walks on the sidewalk.

After the clash, Guilherme stops to shout at Simao, who wheels around and kicks him straight in the chest. As Guilherme falls backward, he falls into the road and against a passing bus and then dragged beneath the wheels.

A second piece of footage shows the assailant simply walking away afterward.

CCTV shows that as Guilherme falls backward into the road, he falls against a passing bus and is dragged beneath the wheels 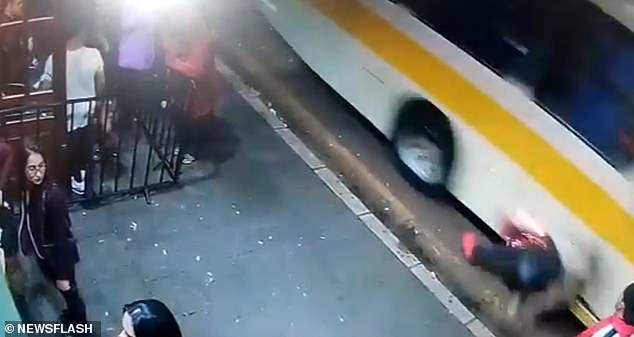 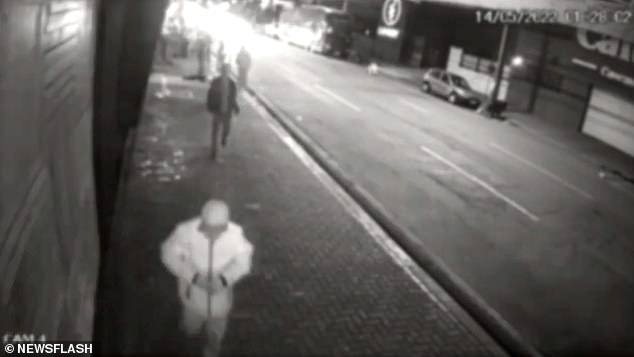 The assailant, Rodrigo Simao, 25, simply walked away after kicking Guilherme under the bus in what looked like a fatal incident

Aptly, the attack took place outside a bar called ‘Hooligans.’

Guilherme was treated at the scene for serious injuries and then taken to hospital.

Media reports in Brazil say prosecutors in Parana have accused Simao, who turned himself into police three days after the crime, of aggravated attempted murder. In his statement, he said he didn’t know the victim and that his act wasn’t premeditated.

He added that he had briefly argued with Guilherme, which, he said, was his reason for kicking him. He claimed to police that he hadn’t seenthe oncoming bus. After giving his statement, he was released. 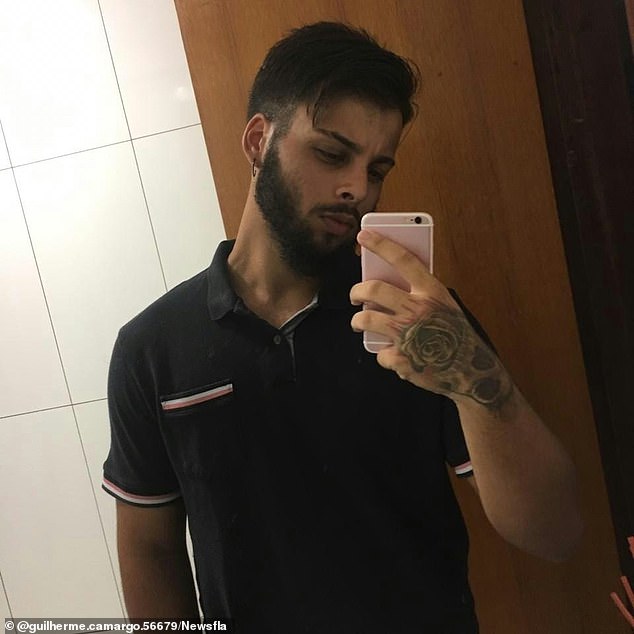 Victim Guilherme Ramos Camargo, 21 wrote a social media post on August 2 that said: ‘Exactly 80 days ago in this very place I was lying on the ground washing the pavement with blood, and with God’s permission today I came back here to prove that every bad phase passes. Everything passes.’

The lawyer representing the victim argued there was intent to kill, while the suspect’s lawyer has called the prosecution’s complaint disproportionate.

In a social media post on August 2, Guilherme wrote: ‘Exactly 80 days ago in this very place I was lying on the ground washing the pavement with blood, and with God’s permission today I came back here to prove that every bad phase passes. Everything passes.’

Brazil has the seventh-highest crime rate in the world, according to World Population Review, with ‘exceptionally high rates of violent crimes.’