A woman has taken a swing at New York Governor Andrew Cuomo while ranting wildly in the state Capitol.

The incident occurred on Wednesday outside the state police substation in the Albany Capitol building, where Cuomo had just secured the release of New York Daily News reporter Ken Lovett.

Lovett had been arrested about a half-hour earlier after Senate sergeants-at-arms confronted him for talking on his cell phone in the lobby of the Senate, which was not in session at the time.

The 52-year-old reporter called the arrest ‘the most bizarre thing I’ve experienced during my nearly quarter century covering the state Capitol’ in a column about the incident.

Daily News reporter Ken Lovett is taken into custody in the Senate lobby for talking on his cell phone. He called it the ‘most bizarre’ incident in his 24 years covering the state Capitol 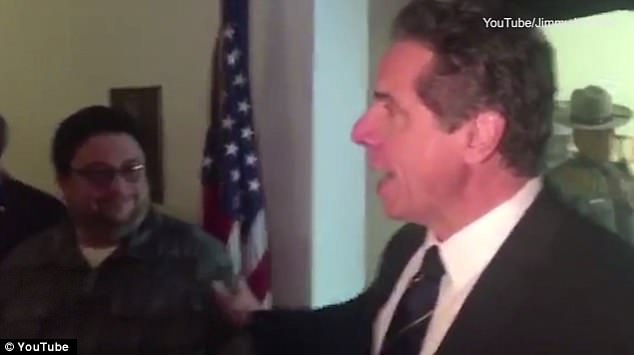 Photos of Lovett in handcuffs spread quickly over Twitter and the Albany press corps raised an immediate outcry over the incident.

Cuomo left his office in the Capitol complex and went over to the state police substation, where he told the the desk sergeant that he was Lovett’s ‘state-appointed attorney,’ Politico reported.

The governor emerged with the freed reporter moments later, and began addressing a gaggle of press that had assembled, jokingly calling Lovett his ‘client’.

‘He’s not going to flee the jurisdiction, we don’t believe any charges are going to be filed, freedom of the press is alive and well in the city of Albany,’ Cuomo said.

Suddenly, a woman burst out of the substation and began ranting wildly.

‘Did you know this office doesn’t want to submit a complaint of a sexual harassment I had here? NDA? And they went, they took out a rifle on me Friday, here?’ she shouted, pointing back toward the state police office.

The woman was wearing a Yankees jacket, a striped stocking cap and headphones. 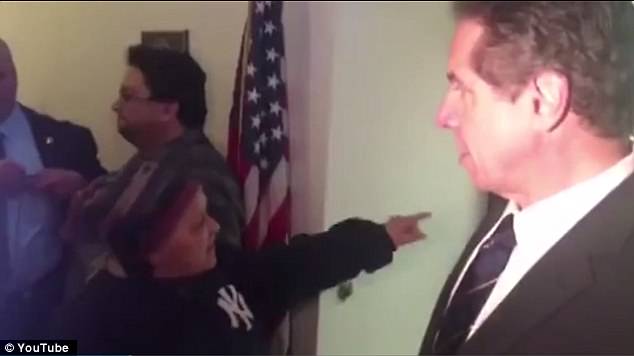 As Cuomo spoke, woman burst out of the substation behind him and began ranting wildly 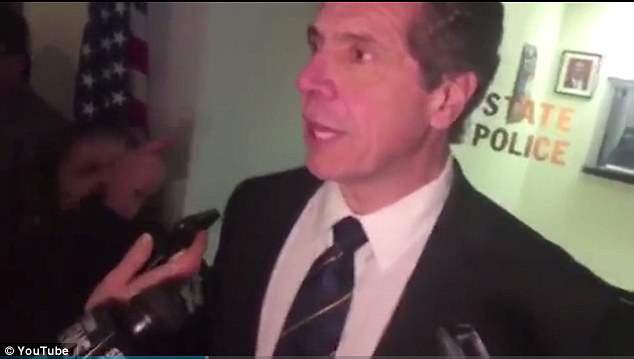 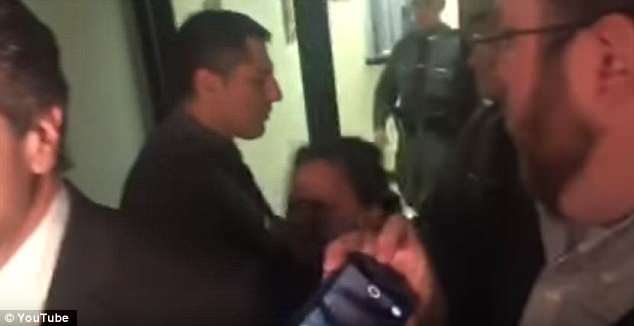 Cuomo regarded her calmly for a moment, and then returned to joking with the press as she continued to rant next to him.

‘I know that Ken Lovett can be a dangerous man,’ joked Cuomo, who has been the target of scathing columns by Lovett in the past. ‘It just does my heart good to say I freed Ken Lovett.’

The woman turned her ire on Cuomo for ignoring her, shouting: ‘Yeah, you’re not doing nothing here, you punk a**! You’re not doing a motherf**king s**t either! I got proof!’

The woman, clutching a sheaf of papers, took a wild swing at Cuomo but did not connect. She was detained and pulled into the station by state troopers.

Lovett slipped away in the confusion, returning to his office where he found a cupcake and a metal file left on his desk as a joke.

He commended the state police for their professionalism during his brief detention and told the Associated Press that the episode will ‘make a good bar story.’

Charges will not be filed against Lovett in the incident, a Senate spokesman said.

The woman was charged with disorderly conduct under the state’s mental health law. Her name was not released because of the mental health charge. 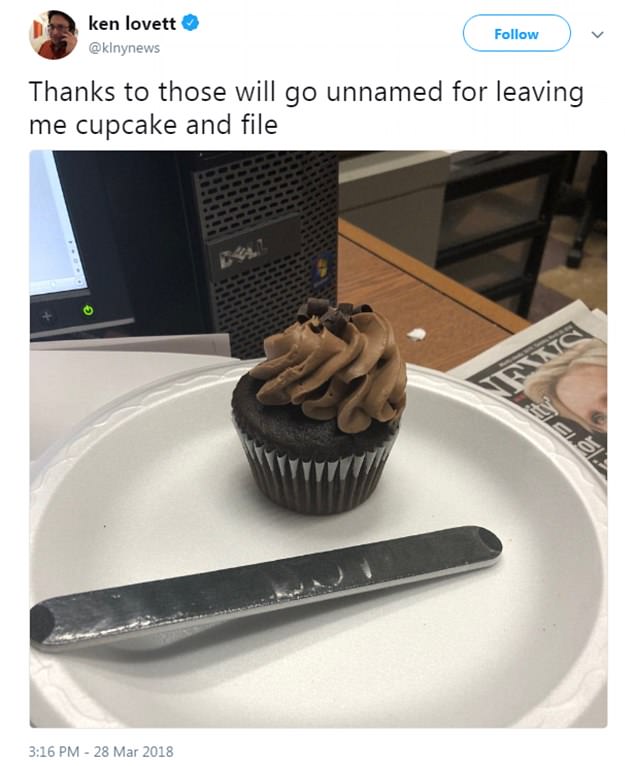 Lovett slipped away in the confusion, returning to his office where he found a cupcake and a metal file left on his desk as a joke