A fisherman has been captured pulling plastic bags from the stomach of a tiger shark in a shocking video posted on social media to warn against pollution in our waterways.

The video was uploaded by commercial fisherman Jason ‘Trapman’ Moyce who was fishing in waters off the Far South Coast of NSW.

The video shows him pulling four shopping bags out of the stomach of the tiger shark that he said looked bloated and sick and became tangled in his ropes. 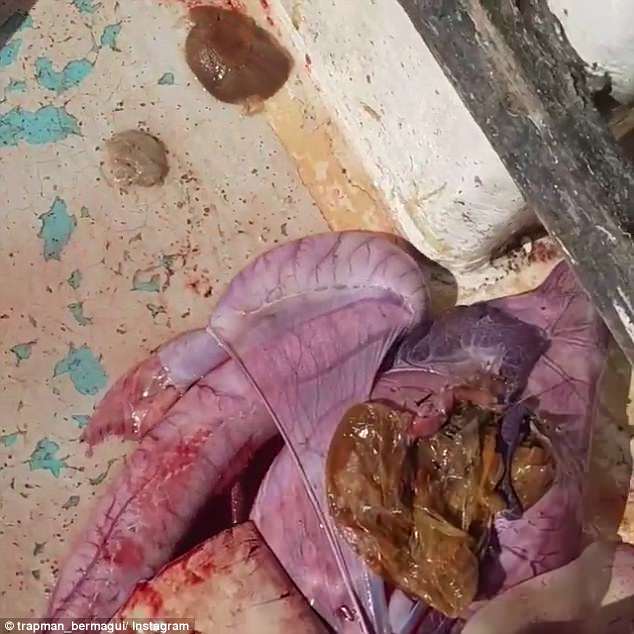 The video, was posted to social media by commercial fisherman Jason ‘Trapman’ Moyce, who was fishing in waters off the Far South Coast of NSW

‘Animals are choking on our waste,’ Mr Moyce wrote in the caption to the footage.

The 45-year-old said he wanted to ‘get the word out’ about ‘what we are doing to our oceans’ by sharing the video.

Viewers were horrified at the footage with one saying we need to, ‘Ban single use plastic bags quick’.

‘What a reality check, thanks for sharing,’ another commenter wrote.

‘Many sharks are scavengers, but in this particular case the bags were probably floating full of water and it thought they were squid,’  he told the Bega District News.

‘The evidence is starting to mount that we just cannot throw away plastic as we have been,’ Dr MacDonald said.

In 2016, it was estimated that Australians used 5 billion plastic bags annually.

New South Wales is currently trailing behind other areas of the country in banning single use plastic bags with all the other states and territories either banning them already or having bans pending.

In July 2017, Coles and Woolworths announced they would be voluntarily removing single use plastic bags from their stores and offering reusable bags from July 2018 instead. 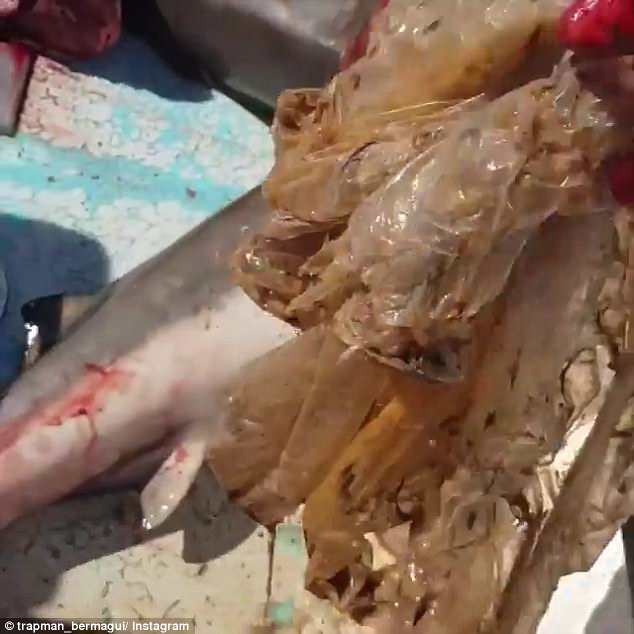