This is the shocking moment a gang smashes a Range Rover into a Shepherd’s Bush jewellers and ransack the store with a sledge hammer before hero shoppers capture the armed robber.

He and two accomplices drove a black Range Rover through the front of a jewellery shop in west London. 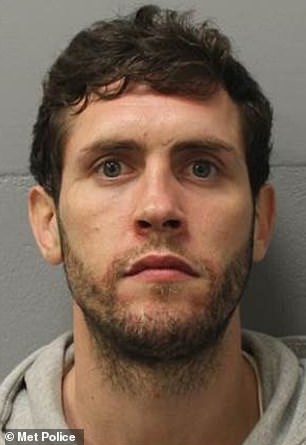 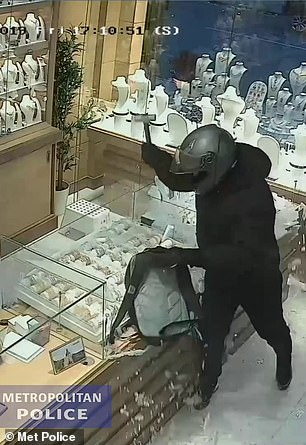 When the vehicle narrowly missed the people inside, the robbers got out and then smashed the glass display cases using a sledgehammer and a hammer, and put items of jewellery into bags.

Having ransacked the store, the suspects attempted to flee the scene. But then the 34-year-old, of no fixed address, was prevented by escaping by members of the public who gathered outside and captured him. 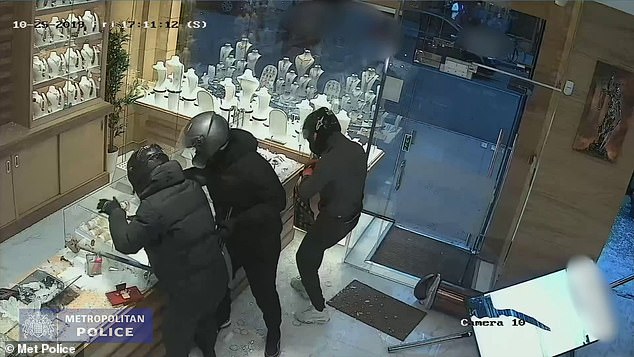 Pictured: The thugs raid the shop in Shepherds Bush, west London, in a failed attempt to make off with jewellery

He was detained by police a few minutes later, subsequently arrested and charged with the offences. He pleaded guilty on November 26.

The Range Rover used by the robbers was recovered by police, and found to have been stolen from an address in Wandsworth earlier that month, and displaying false number plates.

Detective Constable Sam Weller of the Central West Robbery Squad, who led the investigation, said: ‘This was a reckless robbery committed in front of shoppers on a busy high street.

‘It was sheer luck that no one was seriously injured when the vehicle smashed through the shop front, and the shop owner and customers were threatened with serious violence when the robbers where inside. 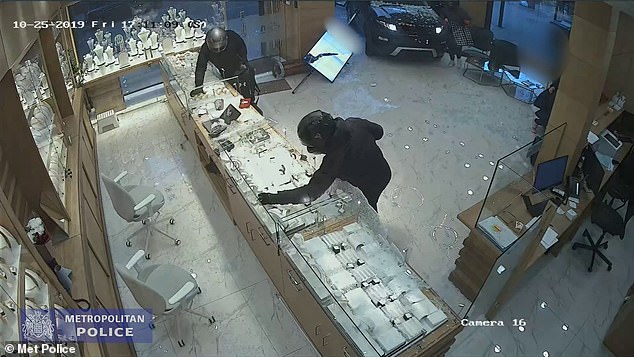 ‘The raid was thwarted by members of the public who chased down and held Wegener as he tried to escape.

‘This was a terrifying incident for the victims and everyone who witnessed it unfold, and Wegener will now spend a significant period of time in jail.’

‘We will continue to pursue leads in order to identify them, and we would urge anyone who has information about those people to contact police.’