A group of young baseball players in Iowa enjoyed a game with a tornado raging in the background on Tuesday.

Video footage shows the shocking moment the Minors City Little League played catch in a field as a parent recorded it all.

The team in Montezuma seemed relatively unfazed and continued to play as a funnel cloud formed behind them. 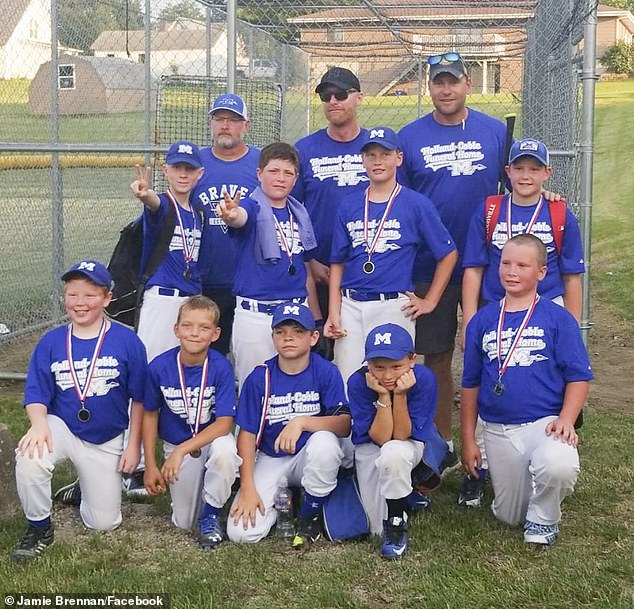 But perhaps more shockingly, parents sitting in the stands weren’t too concerned either.

In the clip the sports enthusiasts are seen throwing the ball around on the field as the storm is evident to anyone nearby.

The team dressed in white and blue don’t appear to take many glances at the cyclone except when the ball is projected in that direction.

But there’s no doubt the boys have laid eyes on the dangerous weather system. 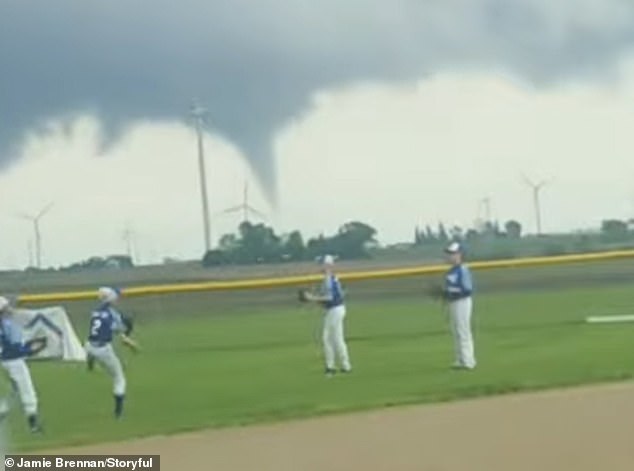 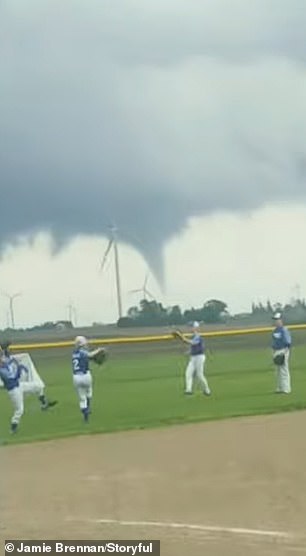 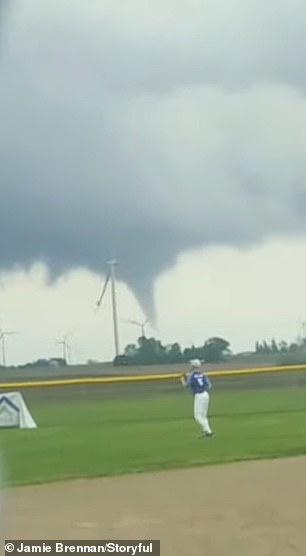 The astonishing sight was enough to make a mother whip out her camera to record the unbelievable moment. 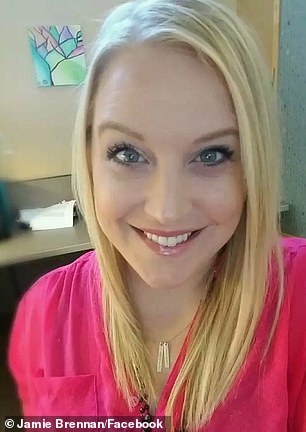 Parent, Jamie Brennan, was able to record the young players through fencing and achieve an unobstructed backdrop shot of the twister

Parent, Jamie Brennan, was able to record the young players through fencing and achieve an unobstructed backdrop shot of the twister.

‘Definitely don’t see this everyday!!’ she captioned the video.

Meanwhile a storm was confirmed to have moved through Poweshiek County, Iowa, at around 7pm on Wednesday.

Despite the warning coming the day after the clip was filmed, what the players and parents saw first-hand didn’t appear to stop the game.

Last Friday it was reported a tornado touched down just south of Iowa City, causing some damage but no injuries.

Sgt. Brad Kunkel of the Johnson County Sheriff’s Office, said some homes and trailers were damaged and that authorities would be checking to see if anyone needed assistance, including the Amish community in the county who may not have electricity.

The tornado disrupted a high school graduation at the Carver-Hawkeye Arena in Iowa City, where the University of Iowa is located.

Students and their families were moved to the bowels of the facility after a tornado siren sounded.

But the National Weather Service said the threat of tornadoes in the area had ended by late Friday evening. 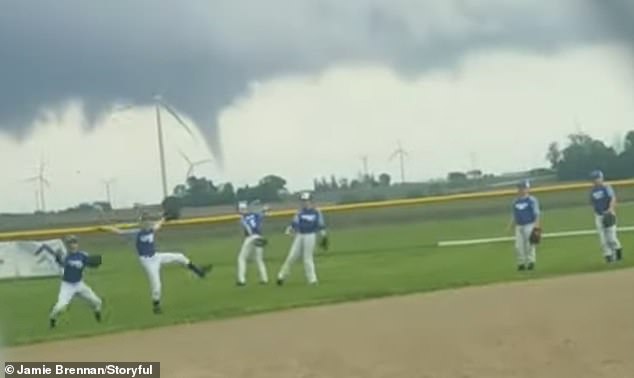 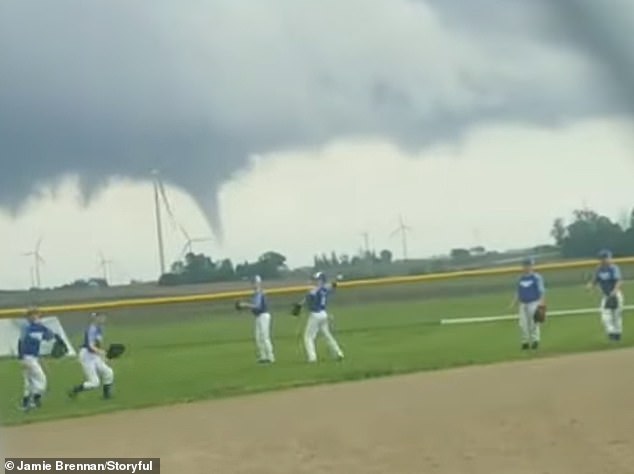