Shocking moment man, 21, filming himself on Facebook Live is shot and killed by cops

Shocking moment man, 21, filming himself on Facebook Live is shot dead by Indianapolis cops chasing him while he shouted ‘please come get me’

An Indianapolis man has been shot dead while running from police as he streamed a video of the chase on Facebook Live.

The wild incident unfolded on Wednesday afternoon after officers began pursuing a vehicle that was driving erratically on Interstate 95.

The man, later identified by family members as 21-year-old Sean Reed, started filming himself behind the wheel as he fled the cops at up to 90mph for about 10 minutes until they finally stopped him in a parking lot.

In the video the man is seen jumping out of his car and taking off on foot as someone shouts: ‘Stop! Stop!’

The man replied: ‘F*** you!’ before a flurry of gunshots rang out and he fell to the ground. 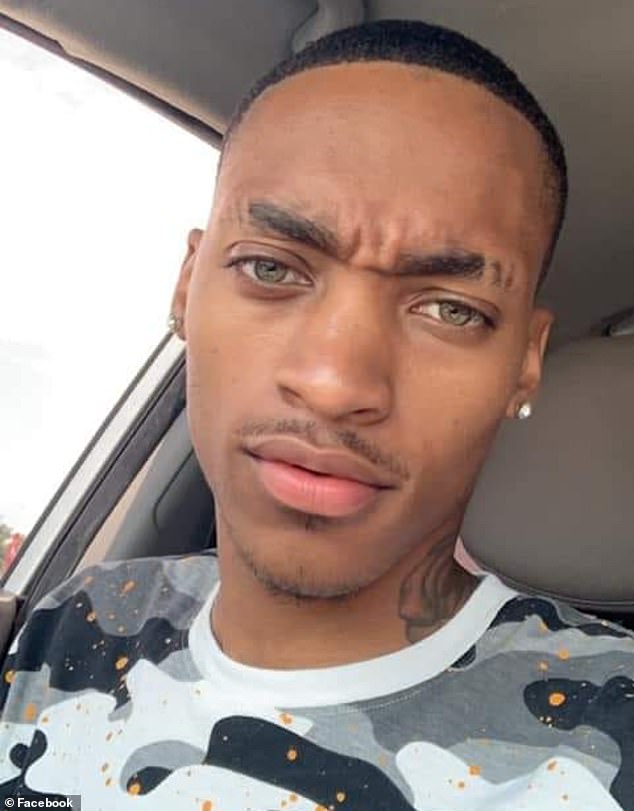 Indianapolis police later said that an officer-involved shooting at the same intersection the man was heard calling out in the video – but did not confirm that it was the same incident.

They said that an altercation between a suspect and an officer occurred during the foot chase, and that the officer used a stun gun on the man before shooting him.

Local TV station WTHR reported that the suspect had opened fire on the officer.

Investigators said they found a gun at the scene which may have belonged to the suspect. 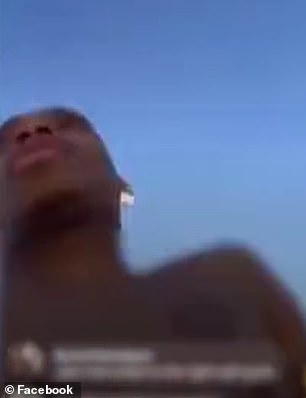 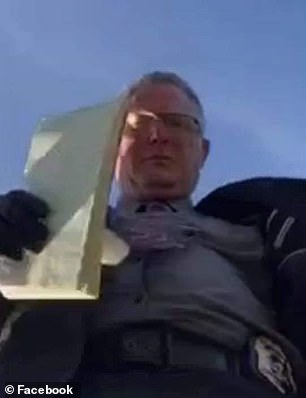 Police pursued the man for about 10 minutes before he got out of his car and fled on foot, as seen left. The camera kept rolling after he was shot and an officer approached his body (right)

Police did not disclose the name of the deceased suspect, but family members identified him as Sean Reed.

They said the 21-year-old graduated from Lawrence North High School and served in the Air Force.

The Facebook livestream was watched by more than 4,000 people and immediately prompted public outrage.

More than 100 people gathered at the scene for a protest on Wednesday night where they chanted: ‘No justice, no peace.’

Police did not name the officer involved in the shooting but said that he was black and was not injured in the confrontation. 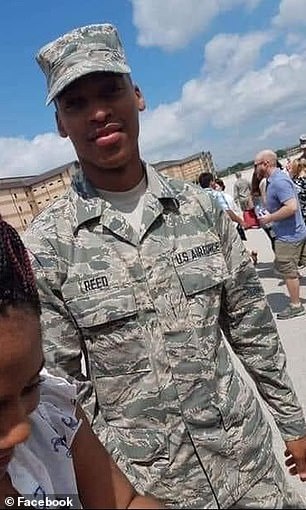 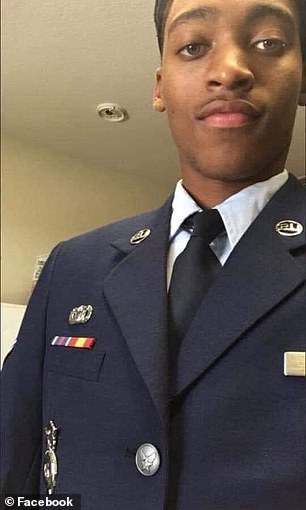 Family members said Reed graduated from Lawrence North High School and served in the Air Force. He is seen in his military uniforms in the photos above