Shocking moment man is attacked with a hatchet and a bicycle

Dramatic footage captured the moment a man was attacked with a hatchet when gangs clashed on the streets of Dublin, leaving three people hospitalised.

The altercation took place near the city centre on Creighton Street on Tuesday at around 2pm and the attackers use a variety of weapons – including hurling a bicycle – to beat their victims.

As the clip begins, a young man can be seen being chased to the ground by a group of other men. Several of the men appear to be carrying weapons. 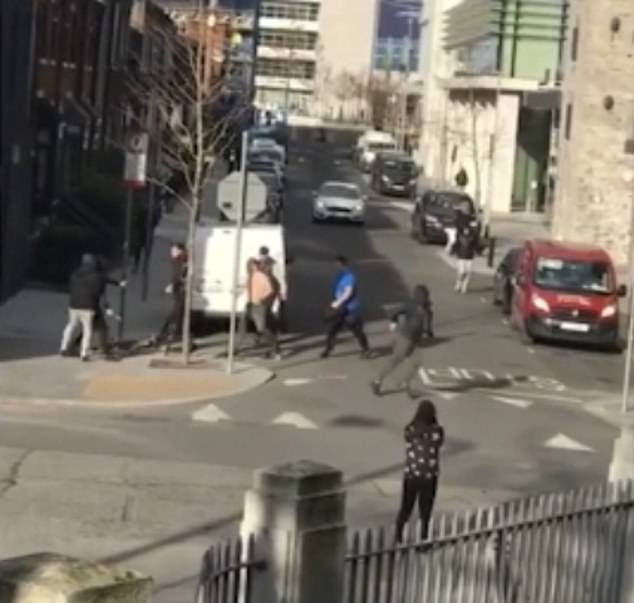 One man is heard screaming: ‘Kill him, kill him with the hatchet!’ as two thugs kick the man to the ground while another runs to his aid.

One of the attackers then picks up a bicycle and launches it towards the men.

The bicycle soars through the air and hits both of them before the man who was dragged to the ground appears to scramble away.

The man who had come over to help him is immediately met by an assailant who comes at him with a hatchet, swinging recklessly and kicking him to the ground. 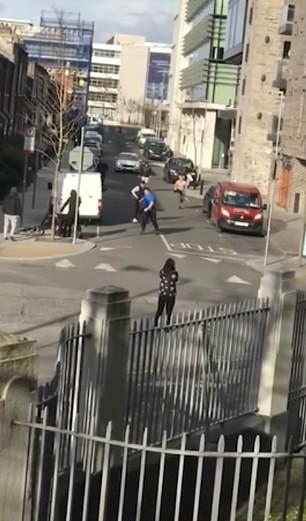 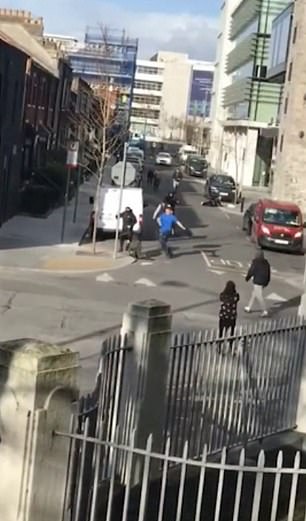 One man was heard screaming: ‘Kill him, kill him with the hatchet!’ as two accomplices kick the man on the ground as another runs to his aid

He is then struck on the head, but manages to crawl away holding his head in his hands as the video ends.

Three men were taken to Mater and Beaumont hospitals in the north of Dublin, one with serious injuries, none of them life-threatening.

Local reports suggest the fight was related to an inter-gang dispute over drug dealing in the area. 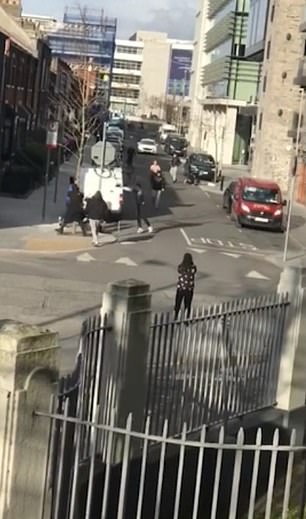 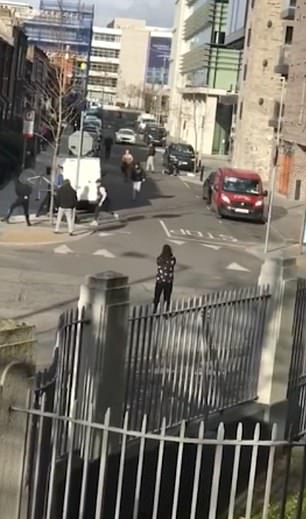 As he gets closer, one of the attackers picks up a bicycle (pictured in midair left and right) above his head and launches it towards the other men

The Irish Independent reports that the man suspected of receiving a hatchet wound to the back of the head is being treated for a fractured skull and three stab wounds.

Another young man is being treated for a severe cut to the rear of his head while a third suffered a punctured lung after being stabbed.

Twitter users have been left stunned by the level of violence on display. 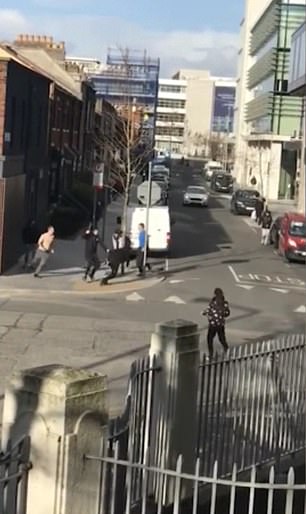 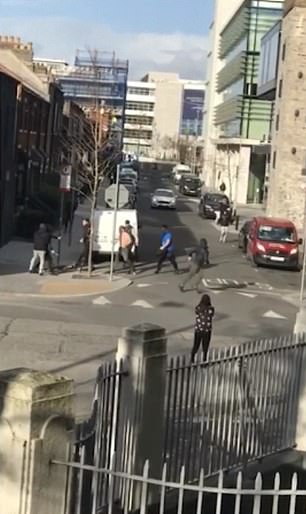 The victim manages to get to his feet, but is immediately met by a different assailant (in the orange top) who comes at him with a hatchet, swinging recklessly and kicking the man to the ground 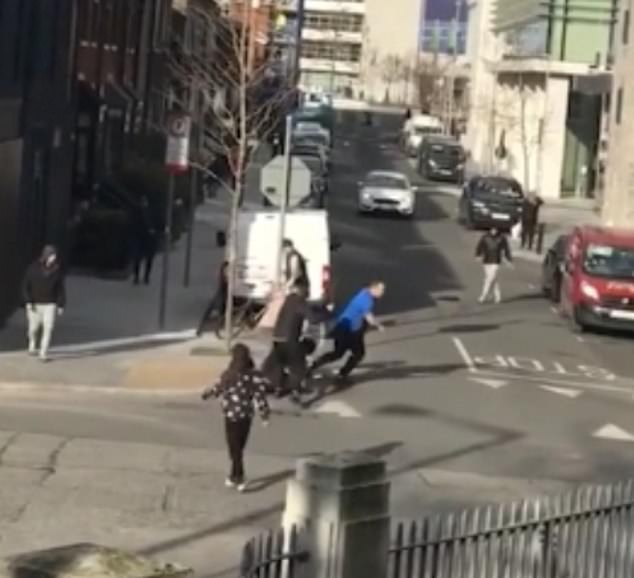 He is then struck on the head, but manages to crawl away holding his head in his hands as the video ends and the other men involved run away

One person commented on the clip saying: ‘How can anyone do that with weapons. It would haunt me all my life if I did it.’

A spokesperson for Garda told MailOnline today: ‘Gardaí are investigating an assault incident that occurred in the Windmill Lane / Creighton Street area of Dublin 2 on 03/11/2020 at approximately 2pm.

‘Following an altercation between a group of youths, involving the use of weapons, three male youths were taken to hospital, one with serious injuries.

‘None of the injured youths received life threatening injuries.

‘No arrests have been made at this stage. Investigation are ongoing.’