An unhinged driver has gone on a rampage during a police stop, nearly running over officers before racing up the sidewalk and wrong-way driving before his capture and arrest.

George Lopez, 27, faces a slew of charges in the incident that took place at around 4am in the upper Manhattan neighborhood of Inwood, near the intersection of Dykman Street and Payson Avenue.

Lopez, who lives in the area, was initially pulled over for driving erratically, according to police.

Bystander video shows police ordering the driver to get out of a dark Toyota Sienna minivan, but he refuses to comply. 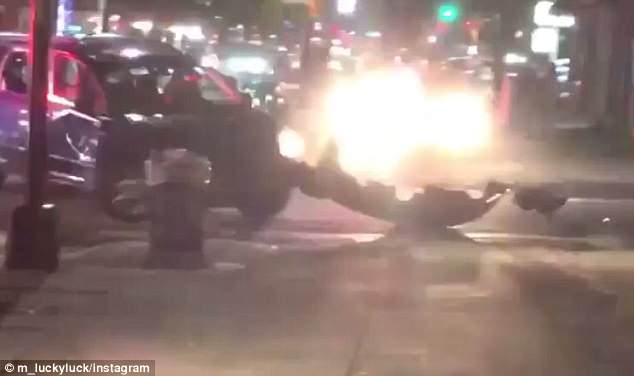 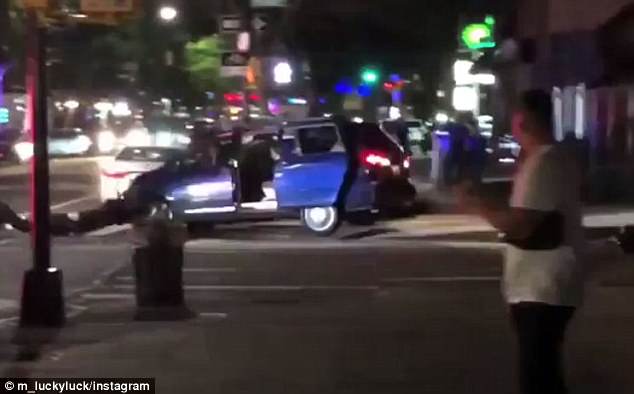 ‘Get out of the car!’ an officer shouts as he reaches through the rear sliding door to try to grab the driver.

The driver, who is boxed in by multiple police cars, revs the Sienna’s engine loudly and then peels forward, smashing into a radio car.

Cops scramble out of the way as the driver reverses and begins doing wild doughnuts in the intersection, slamming into the surrounding police cars.

The driver then jumps the minivan onto the sidewalk and races away, scattering bystanders as police sirens blare behind him.

The Sienna then fled the wrong way up the Henry Husdon Parkway with cops in hot pursuit, according to police. 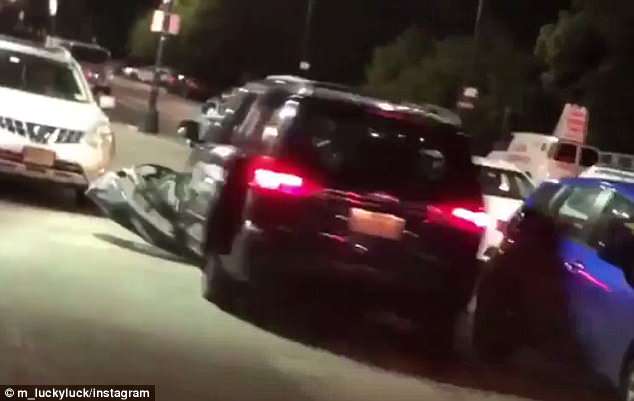 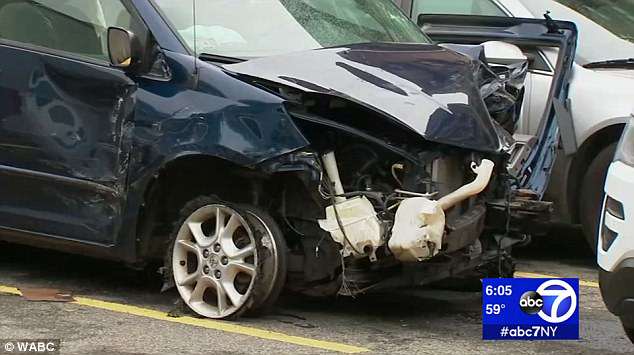 The chase ended when the Sienna got off the parkway at Moshulu Parkway and crashed into a RAV4.

Both Lopez and the driver of the Rav4 were both taken to the hospital with non-lifethreatening injuries. Lopez remains hospitalized for neck and back injuries under police supervision.

He charged with reckless endangerment, leaving the scene of an accident, operating a vehicle while impaired by drugs, reckless driving, and driving without a license.

The suspect vehicle was impounded at the 34th Precinct and images from ABC7 show it badly mangled, missing a front bumper with one tire shredded bare.

The driver of the Rav4 and three police officers were treated for minor injuries and have been released from the hospital.