This is the shocking moment  at least two cops in Mexico City are caught on video assaulting a Liga MX soccer player and his pregnant wife.

Mariana Clemente shared a video clip on Twitter of how Wednesday’s traffic suddenly turned violent when she refuses to allow a traffic cop to inspect her handbag.

Clemente is seated on the passenger side of the BMW next to star Pumas UNAM goalkeeper Alfredo Saldívar when a female police officer reaches for her bag. 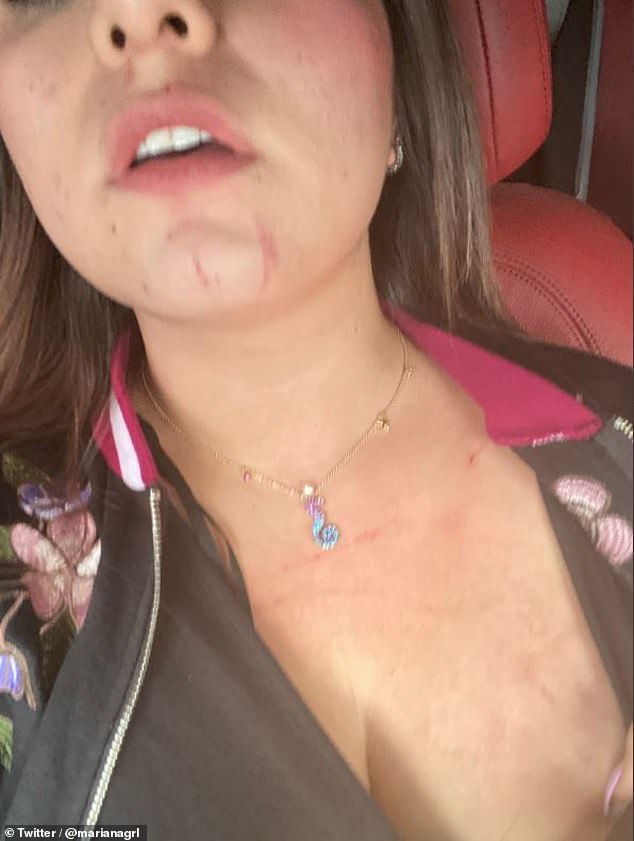 Mariana Clemente shows off some of the scratches she suffered during an altercation with a police officer during a traffic stop. Clemente repeatedly told the female cop she was pregnant 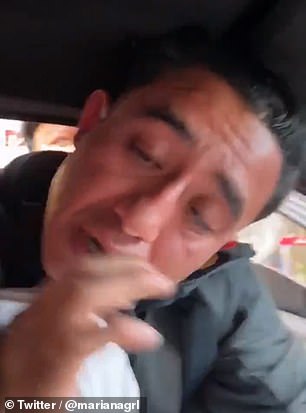 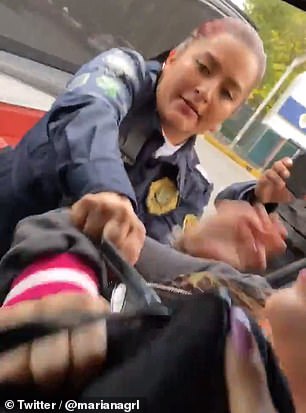 A scuffle ensued immediately with both Clemente and Saldivar screaming at the cops to stop because she is pregnant.

A male cop climbed inside the car and placed Saldívar in a choke hold.

One of the couple’s two sons was seated on the backseat. 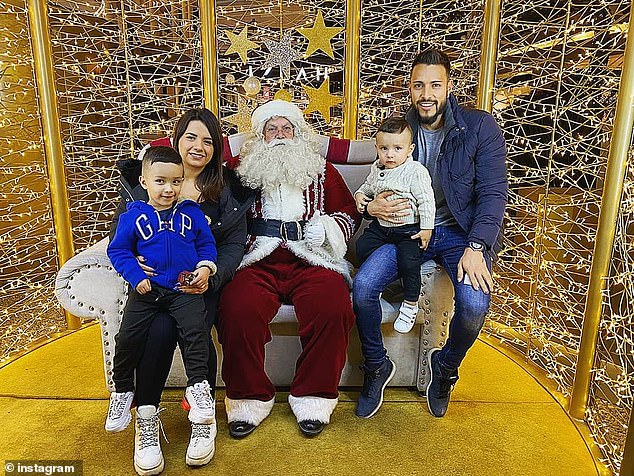 Mariana Clemente (left) and her soccer player husband Alfredo Saldívar (right) with their two sons. Clemente is 16 months and a half pregnant 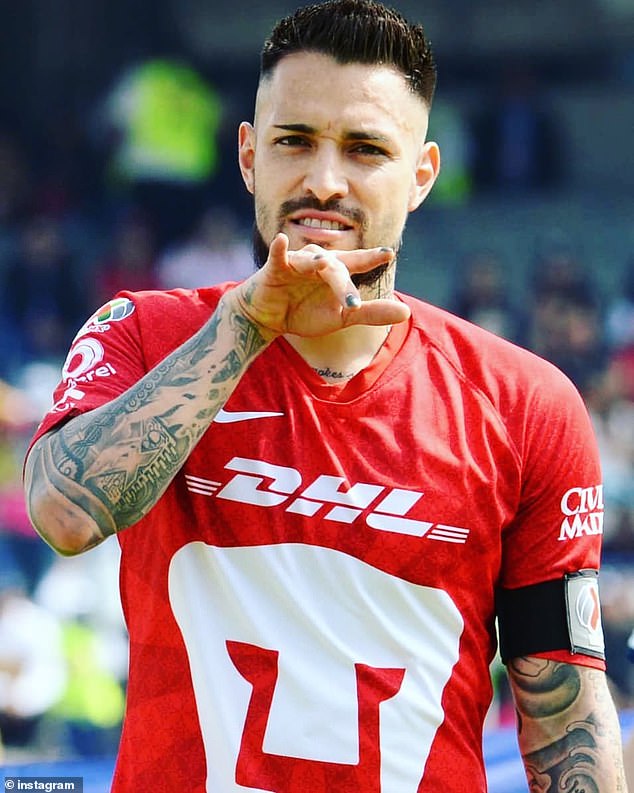 Alfredo Saldívar is a goalkeeper for Puma, a team in Mexico top soccer division, Liga MX 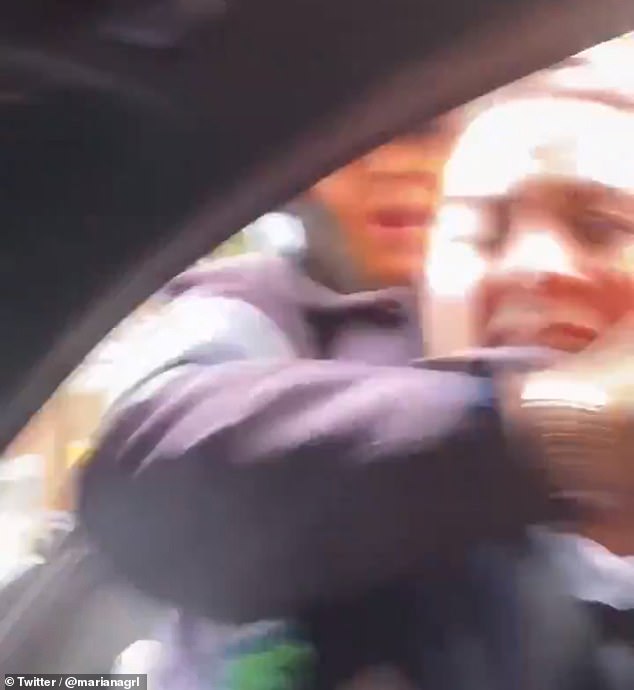 Clemente also shared photo that showed several scratches she suffered on her chin and chest area while trying to fend off the cop.

‘I am 16 months and a half pregnant. It’s incredible that they do something like this to a family that was absolutely doing nothing,’ Clemente wrote on her social media account.

The Mexico City Police Department issued a statement via Twitter on Thursday denouncing their agents’ behavior.

‘In regard to a video broadcast on social networks in which police officers from this unit attack a pregnant woman and her partner, this unit strongly condemns it.’