Police in Oklahoma have released body camera video showing what appears to be shots fired by a murder suspect during a foot chase through a residential neighborhood at night, which ended with officers killing the wanted man.

According to a press release from the Muskogee Police Department, 21-year-old Demontre Bruner was fatally shot in the early hours of May 4 during an attempt to take him into custody in connection to a homicide that took the life of 19-year-old James Hendricks in Tulsa last Sunday.

Police stated that at around 12.25am on May 4, they received an anonymous tip saying that Bruner was hiding out in Muskogee. 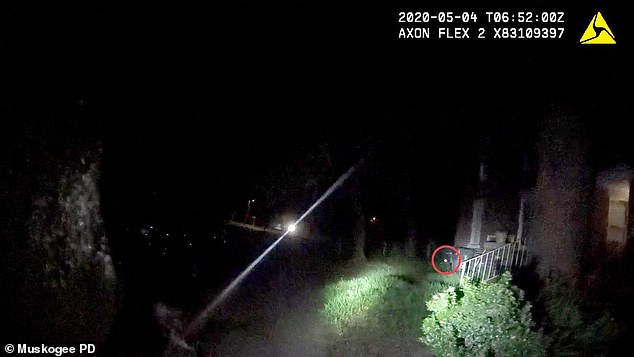 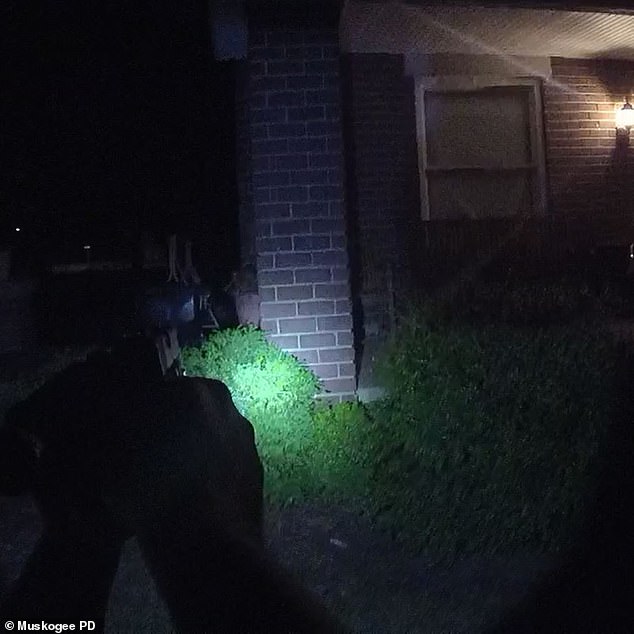 Officers returned fire, shooting the wanted man in the head and limbs as he hid in the dark

An hour later, officers and K-9 units arrived outside a home at 13th Street and Fremont Avenue, and saw two people standing on the porch.

One of the men was apprehended at once, and the other, later identified as Bruner, took off running, sparking a chase on foot through residents’ yards. 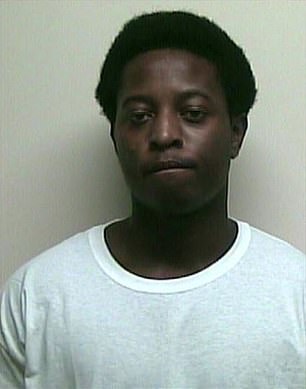 Bruner, 21, was fatally shot by two police officers in Muskogee,Oklahoma

Police set up a perimeter and began tracking Bruner with a K-9 dog named Loki, which eventually brought them to the suspect hiding a couple of blocks away near an air conditioning unit.

According to the police press release, just before 2am, Bruner pointed a handgun at the pursuing officers and opened fire, squeezing off two rounds.

Body camera footage released on Friday shows what looks like the muzzle flash of Bruner’s gun.

As the video shows, for several minutes police were not sure whether or not the threat has been neutralized.

‘The officers made numerous attempts to establish verbal contract with the suspect to determine if he was still a threat and if he had been injured by the gunfire,’ according to the release. 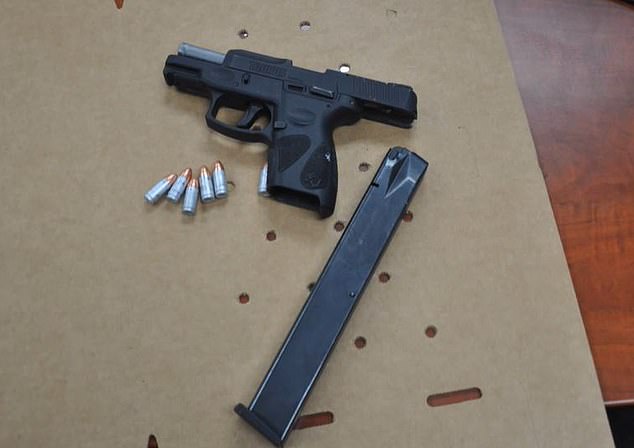 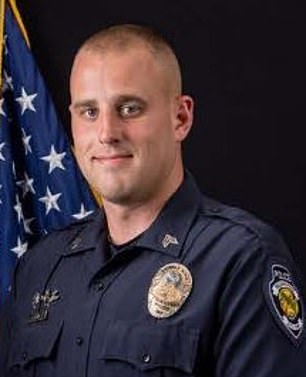 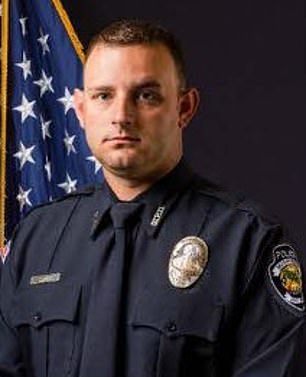 Bruner was then taken to the hospital, where he was pronounced dead shorty before 5am.

None of the six officers who took part in the chase were injured.

Initially, all six were placed on leave, but after it was determined that only Dean and Leach fired at Bruner, the other four were cleared to return to active duty today. 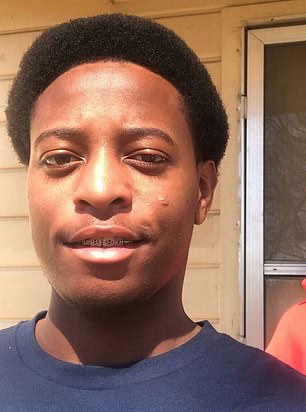 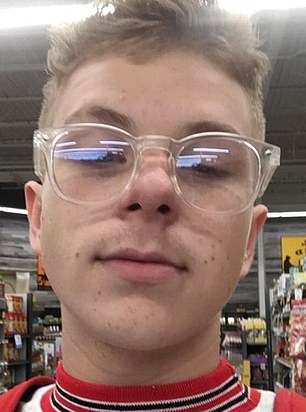 Bruner was a suspect in the shooting death of his girlfriend’s relative, 19-year-old James Hendricks, less than 24 hours earlier

Dean, a 12-year veteran, and Leach, a four-year veteran, remain on paid administrative leave pending the outcome of an internal investigation.

The chase and the fatal officer-involved shooting stemmed from an incident that took place less than 24 hours earlier at the Addison Apartments on East Admiral Place.

Bruner reportedly had been fighting with his girlfriend when her relative, James Hendricks, intervened and the dispute escalated, according to Tulsa World.

Bruner allegedly grabbed a gun and opened fire, killing Hendricks and injuring his girlfriend, who survived.

According to police, Bruner had an extensive criminal record dating back to at least 2017, which included charges of burglary, kidnapping, robbery, obstruction and eluding a police officer.