By Keith Griffith and Shawn Cohen For Dailymail.com

Billy Walters, 37, was arrested on Tuesday at the 149th Street station in the Bronx, where he told arresting officers he had jumped the turnstile because he was late for a court date on a prior arrest.

Bodycam footage exclusively obtained by DailyMail.com shows that the arresting officers failed to find the .45 Sig Sauer in Walters’ waistband during an initial pat-down.

The gun was only discovered during a more thorough check at the Transit District 11 substation near Yankee Stadium, according to the New York Post, which first reported the incident.

The grip of the pistol became visible as Walter’s shirt rode up at the police substation, as seen in this image from bodycam footage

‘While at the police facility, a secondary, more thorough search incidental to lawful arrest was conducted, where an illegal firearm was recovered from the perpetrator,’ the NYPD said in a statement.

According to an arrest affidavit, Walters told the arresting officers that he didn’t have time to pay the subway fare because he was late for a court date.

‘I didn’t pay because I was running late to go to court. I got arrested yesterday,’ Walters allegedly said.

Court records show that Walters did have a court date on Tuesday, regarding a June 7 arrest on charges of obstructing governmental administration, attempted assault and resisting arrest.

He was also arrested on Monday on charges of harassment and menacing and in April on a marijuana charge. 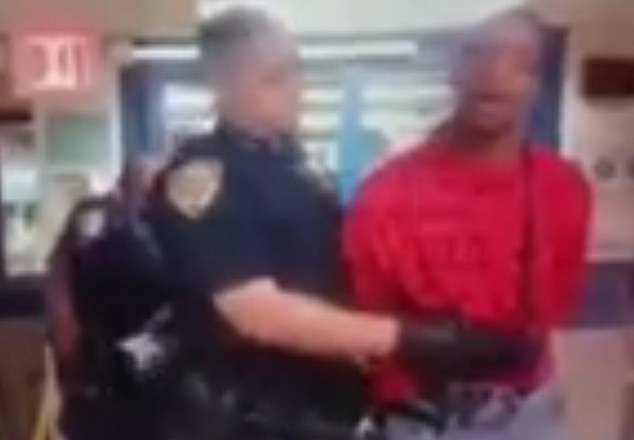 Walters proclaimed that he had ‘a Pennsylvania license to carry the gun’ but police say he had no valid carry permit, and is barred from owning a gun due to prior convictions 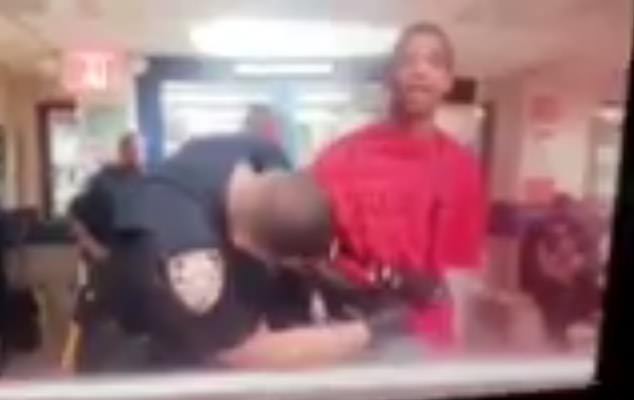 The initial search of Walters turned up a shopping bag filled with 36 small baggies of weed, and he was

Police said that he also claimed to have ‘a Pennsylvania license to carry the gun.’

‘I carry that gun for protection. Somebody busted my face,’ he said, according to an arrest affidavit.

Police say that Walters does not have a valid permit to carry in New York City.

Walters has been charged with felony criminal weapon possession as well as criminal possession of marijuana, a misdemeanor.

He has been remanded without bail and is being held on Rikers Island.