Shocking moment an activist captures a Sudanese minister threatening her with violence during a trip to Australia: ‘We would beat you until you begged us to stop’

A Sudanese-Australian activist has been issued a deadly warning from a visiting Sudanese minister after she slammed the military regime as ‘corrupt’.

Nazik Osman, who fled from Sudan with her family in 2001, was told by Sudan’s Minerals Minister that ‘we would beat you until you begged us to stop’ after she heckled his entourage as they attended a mining conference in Perth.

Pictured: Sudanese-Australian actvist Nazik Osman, who fled from Sudan in 2001

‘Sudan regime is a criminal regime,’ she repeats as they walk towards a building.

She calls for the country’s leader Abdel Fattah al-Burhan to be brought before the International Criminal Court (ICC) because he is ‘corrupt’ and a ‘criminal’.

The senior minister is captured turning to the activist and telling her: ‘If you weren’t here, we would beat you until you begged us to stop’.

Ms Osman believes Mr Abunammu should be barred from re-entering Australia and said her right to feel safe and to protest should be protected.

The former lawyer and activist has complained to both the Australian Federal Police and the Western Australia Police. 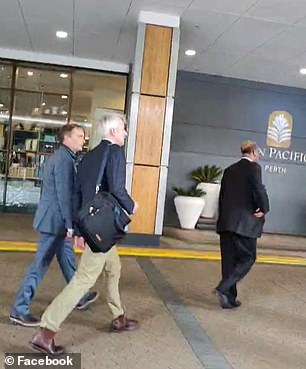 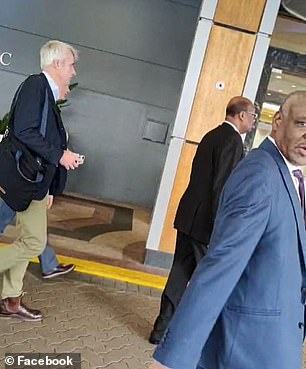 ‘I see [the threat] as a violation of the sovereignty of my country when a foreign official comes and threatens me as a citizen,’ she told the ABC. 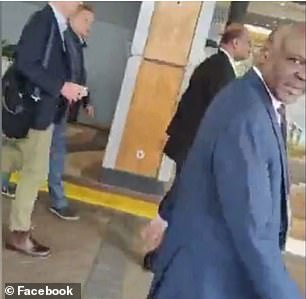 Ms Osman said she had been protesting the ‘exploitation of Sudanese gold and other minerals’ and said ministerial deals were only lining the pockets of the militias.

‘We know that these deals they make to buy weapons and to buy bullets to kill the Sudanese people,’ she said.

Sudan’s President Omar al-Bashir was overthrown in 2019 and replaced with a ‘transitional’ coalition government formed by civilians and military figures.

Last October, the military took complete control and threw Sudan into turmoil with revolutionary forces seen protesting across the country.

Bashir remains in prison, serving a minimum two-year sentence after being convicted of money laundering and corruption in 2019.

Assistant Foreign Affairs Minister Tim Watts said he met ‘briefly’ with Mr Abunammu at the conference, adding the government would take seriously any threat made by a foreign official or representative towards an Australian citizen. 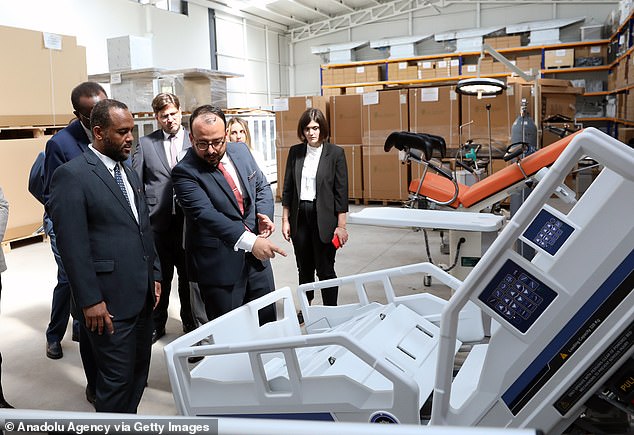 ‘Under Australian law, any threats could constitute an illegal offence and should be directed to the police,’ he told the ABC.

‘During a brief meeting with Minister Basheer Abdalla while in Perth, I emphasised the importance of a return to a civilian-led government in Sudan, which would bring much-needed stability.’

Ms Osman said the threat had reminded her of other acts of violence or intimidation enacted by the Sudanese government on her family.

She said her husband had been tortured by authorities and their house raided several times and that the couple still received threats 20 years later.

The activist said she doesn’t want other protestors of other backgrounds to feel afraid to speak out against ‘corrupt’ governments.