A Massachusetts photographer caught the shocking moment when a surfer was surprised by the appearance of a great white shark that had snuck up behind him.

Joe Mault was on Nauset Beach, in Orleans, Massachusetts, Friday morning when he caught the stunning image of the surfer just arm’s distance from a great white shark that was lurking just below the surface of the Atlantic Ocean.

In the picture, the surfer can be seen lying on his stomach on the surfboard, looking over his shoulder at the tell-tale fin sticking out of the water behind him. The surfer’s lifted his feet up in the air and out of the shark’s path.

Mault said he had gone to the Cape Cod beach at around 7am, hoping to get some nice pictures of waves hitting the shoreline while Hurricane Humberto passed nearby.

About an hour in, he shifted his attention from the waves to a surfer he happened to see, thinking he might get a nice shot of him catching a wave. 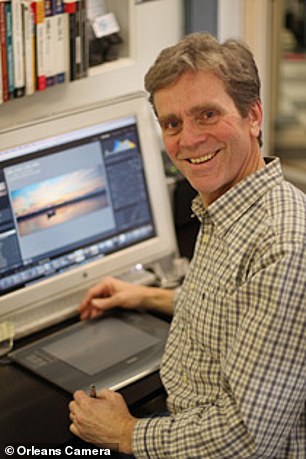 Mault, who owns local shop Orleans Camera and Video, said that he noticed something was causing the water to ripple behind the surfer, which he assumed was the surfboard leash.

‘It turned out it was the wake of the shark,’ Mault told the Boston Globe.

‘All of a sudden I saw the wake and then the fin, and it was pretty evident thereafter that it was a shark,’ he added, noting that it ‘was within feet’ of the surfer.

The surfer ‘was immediately aware of it; there wasn’t much we could do,’ Mault said. ‘I continued to shoot hoping that it was all it was going to be.’

Fortunately, the shark did not attack the surfer, who quickly paddled back to shore.

Mault said he spoke with the surfer, who has not been named, who said that he heard the shark before he saw it.

‘He thought maybe it was a seal popping his head out of the water but when he looked over his shoulder it was pretty clear it wasn’t a seal,’ Mault said, noting that the surfer seemed to take the heart-pounding incident ‘all in stride.’ 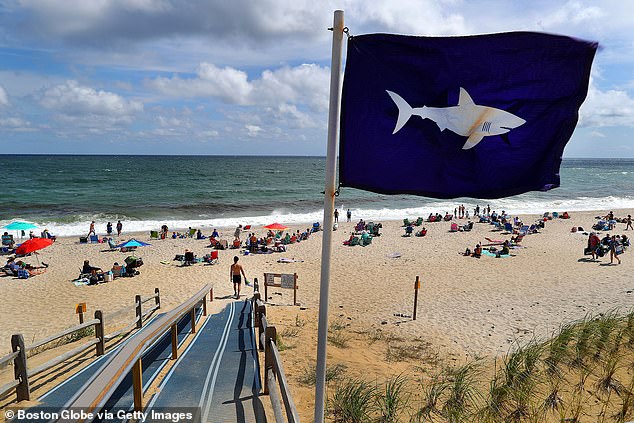 Nauset Beach in Orleans, Massachusetts, is a frequent hot spot of shark sightings. A shark flag is shown here, flying over the beach in August 2018 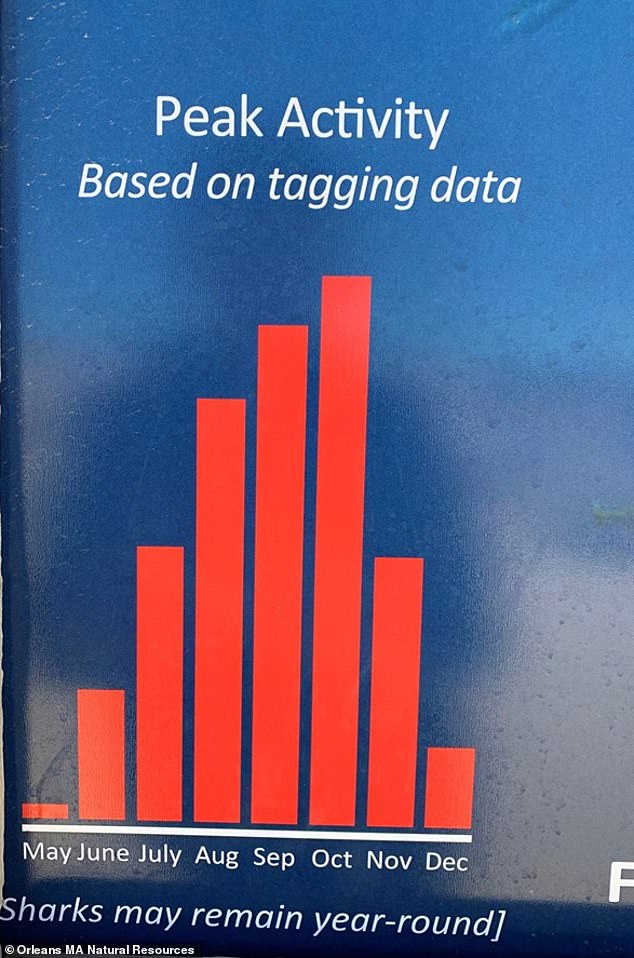 Mault told Boston Magazine that the surfer was ‘a little excited’ about the near encounter, but that ‘It kind of changed the rest of his day,’ as the man ‘thought he was gonna be surfing for a while.’

Mault shared the photo with the Orleans Department of Public Works and Natural Resources, which issued a shark warning on its Facebook page later Friday morning.

‘A reminder to all beachgoers, as we continue into peak season for white shark activity,’ the post read. ‘At 8:00 AM on Friday 9/20, there was a near encounter with a white shark and a surfer off Nauset Beach. Please remain vigilant.’

The Atlantic White Shark Conservancy also shared Mault’s image, writing on Twitter: ‘This is a good reminder that white shark activity is still at it’s peak off the coast of Cape Cod through October.’