This is the shocking moment a thug carried out a ‘cold-blooded attack’ on his unsuspecting victim by repeatedly punching him in the face and stamping on his head, before knocking him unconscious on the street.

On October 20 last year, the pair are said to have become involved in an ‘altercation’ outside the doorway of a bar in Bridgend town centre, Wales, during which Manns repeatedly lowered the peak of Mr Bessant’s hat. Upon seeing one another, Manns raises his right fist and strikes Mr Bessant in his face

Mr Bessant then struck Manns in the face, before the two men left in opposite directions.

Manns later searched for Mr Bessant and found him standing outside a takeaway.

Moments later, Manns can be seen launching into a sickeningly violent attack, first by punching his victim in the face and pushing him into the window of the takeaway and then by hitting him onto the ground and kicking his head. 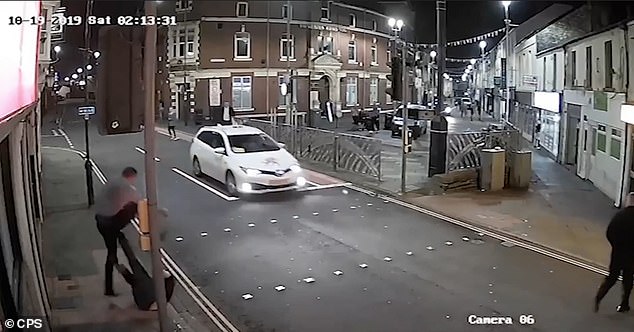 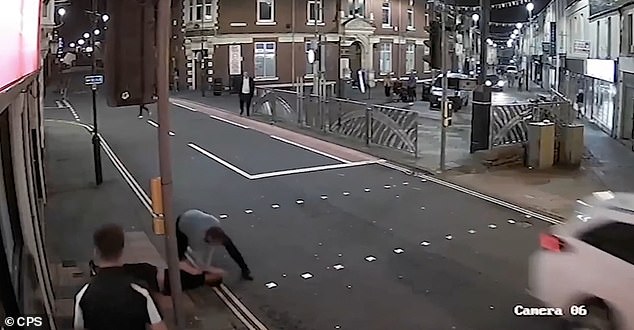 Despite being knocked unconscious, Manns repeatedly strikes his victim and kicks his head

The CCTV shows how a group of shocked bystanders are forced to pull Manns away a number of times in an attempt to stop him, before police arrived at the scene.

Speaking to Wales Online after the attack, Mr Bessant said that he felt extremely uncomfortable watching footage of the attack.

He said: ‘The way my head was going back and my body going stiff. It made me feel really sick – it was like seeing a ghost.’ 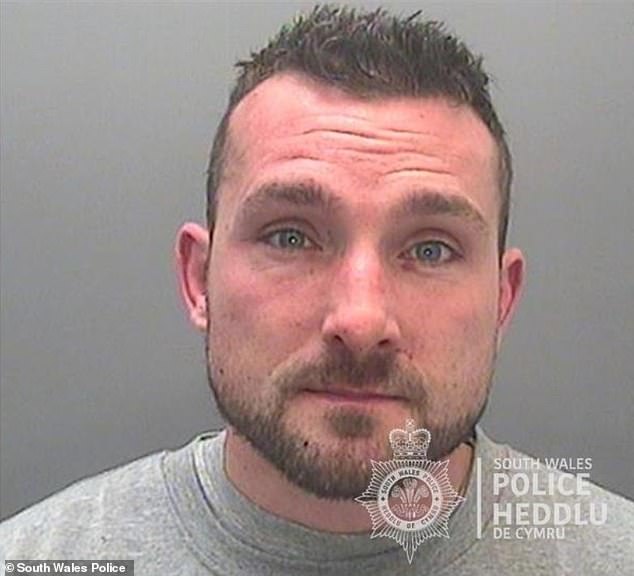 Mr Bessant suffered a fractured nose and finger, facial bruising, cuts to his mouth and concussion.

Manns, of Pyle, pleaded guilty to a single charge of causing grievous bodily harm with intent.

During sentencing at Newport Crown Court, Rhodri Chudleigh, defending, said Mann had expressed remorse for his actions and that he had been suffering with depression at the time of the incident.

A family member had also died in tragic circumstances a few months previously. 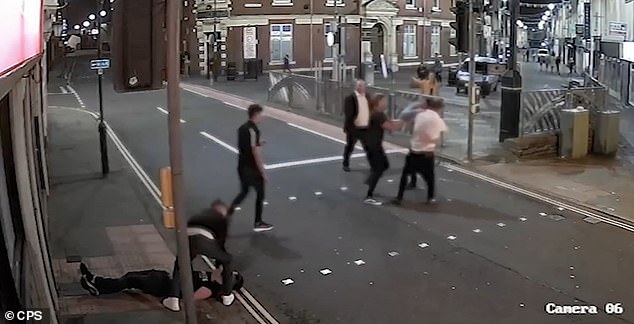 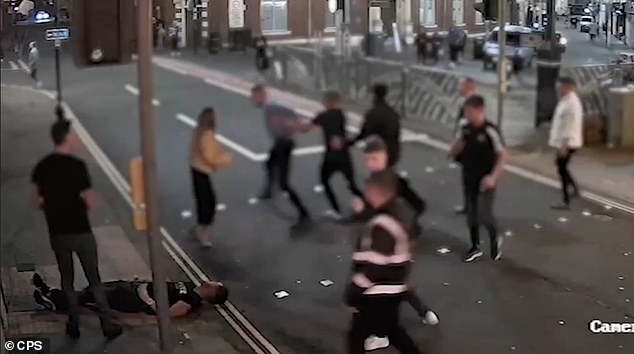 Manns was held back by the crowd until police arrived, while Mr Bessant lay on the ground

Sentencing him, Judge Richard Williams said the attack launched by Manns was ‘calculated if not cold-blooded’.

He was sentenced to four years and eight months in prison and will need to serve at least half of that before being released on licence.