Shocking footage has emerged of rats scurrying over fresh pastries in the bakery section of a Sainsbury’s store.

The stomach-churning video, which was captured by videographer Anthony Mitson, shows the two huge rodents crawling over croissants at a Sainsbury’s supermarket believed to be in north London.

The rodents then leap onto the metal shelves behind the open-fronted stand and scamper away.

A Sainsbury’s spokesperson said a probe has now been launched and they were ‘immediately investigating with the store’. 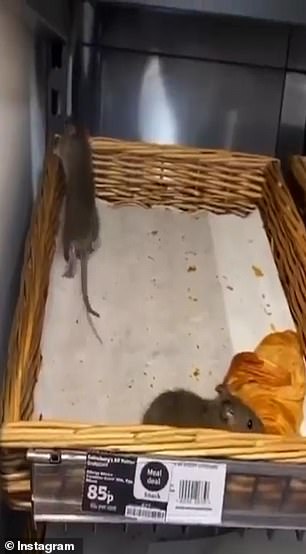 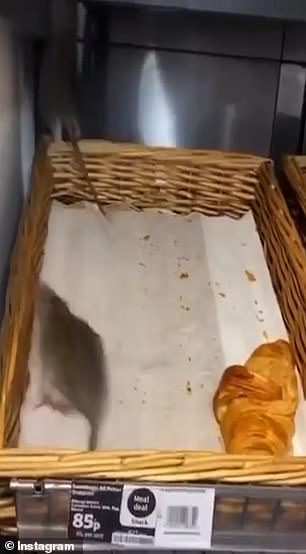 During the clip, which emerged today on social media, the rats scurry around the croissants tray before leaping onto the metal shelves behind the milk aisle and running away.

The camera then pans down the aisle of the supermarket which appears to be empty.

Following the scenes, horrified viewers took to social media to share their thoughts, with one calling the scenes ‘foul’.

One user said: ‘Never eat from the bakery sections.’

While another commented: ‘Sainsbury’s what is really going on with your bakery section.’

Another person added: ‘Every Sainsbury’s written off now I’m sorry.’

Meanwhile one horrified viewer wrote: ‘That is foul.’

The scenes come less than a month after footage emerged of rats scurrying around a Tesco supermarket in Gorton, Manchester. 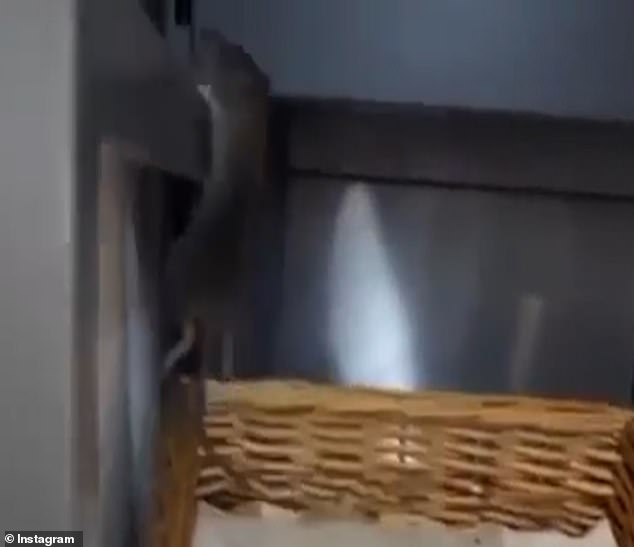 Social media users shared their horror, with one person calling the scenes ‘foul’

Danielle Westbrook, 46, had been doing her weekly shop at the supermarket when she spotted the rodent running under shelves.

Tesco later said pest control had been called to the 24-hour supermarket and caught the rodent – which was believed to have come from a nearby building site, The Mirror reports.

They added they were no further traces of rodents at the Gorton Extra store.

In 2017, Asda was fined £300,000 for food safety failings after council safety officers found dead rat corpses, rotting food and fly pupae in the bread section at the site in Enfield, which distributes food to online shoppers in London and Essex.

Inspectors also found mouse droppings on shelves and in a packet of cereal, while a pack of sugar in the home baking aisle had been gnawed by rodents.

Asda was fined £300,000 and ordered to pay £4,843 costs after it admitted three food safety and hygiene breaches at Highbury Corner Magistrates’ Court.

The supermarket later said it had carried out a ‘full and thorough review’ to improve its food safety processes, including its pest control.