Two maximum security inmates have been caught on camera viciously brawling against a chain-link fence.

Footage of the prison yard brawl emerged on Sunday, with one prison officer describing the incident as ‘unfortunately what happened in jail’.

The footage shows more than a dozen other inmates circling the duo, before George throws the first punch.

The two tussle across the yard before Gatt appears to overpower George and slam him against a barbed wire fence.

With blood pouring from his mouth, George is choked by a shirtless Gatt.

Gatt was seen laughing as he punched George a couple more times in the chest and face.

The melee was broken up when one prison guard, apparently worried George would die, fired a warning shot into the wall after two minutes of fighting.

The inmate spectators scattered, some of who patted Gatt on the back as he lay on the ground. 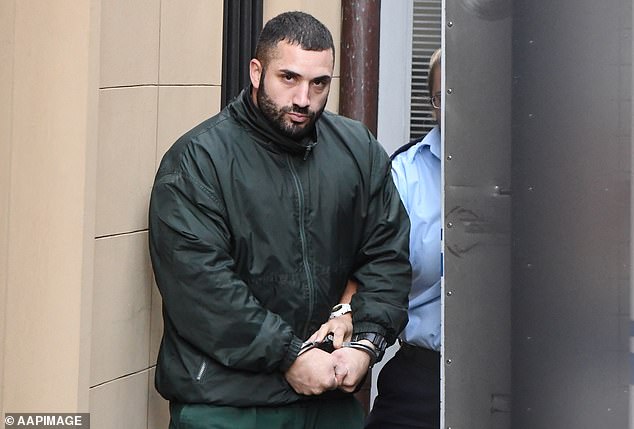 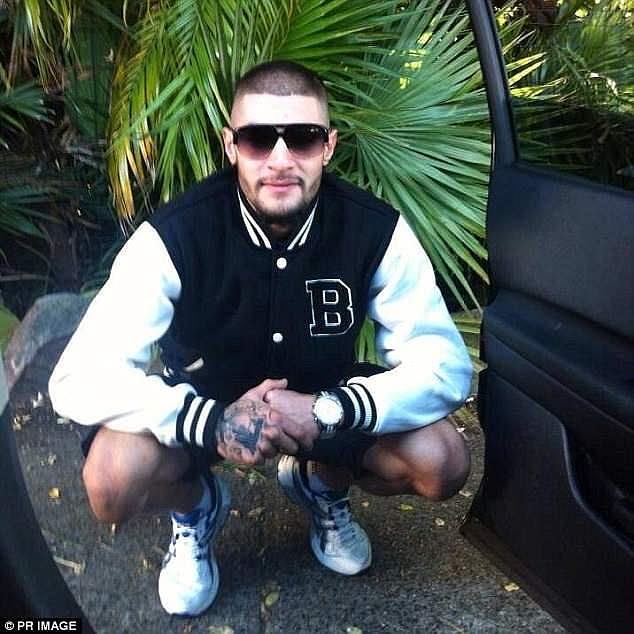 The details of the confrontation were detailed in court earlier this year, when Gatt was sentenced to 21 years imprisonment for the murder of bikie associate Bassil Hijazi.

Prison officials told The Daily Telegraph the guards took two minutes to break up the fight because they needed to prioritise their own safety first.

‘We are told to stand and put our own safety first and not go in until there is adequate staff,’ Prison Officers Vocational Branch vice-chair Jason Charlton said.

‘There is always safety concerns at Goulburn because of the type of inmates it holds and they are always going to be on high alert.’ 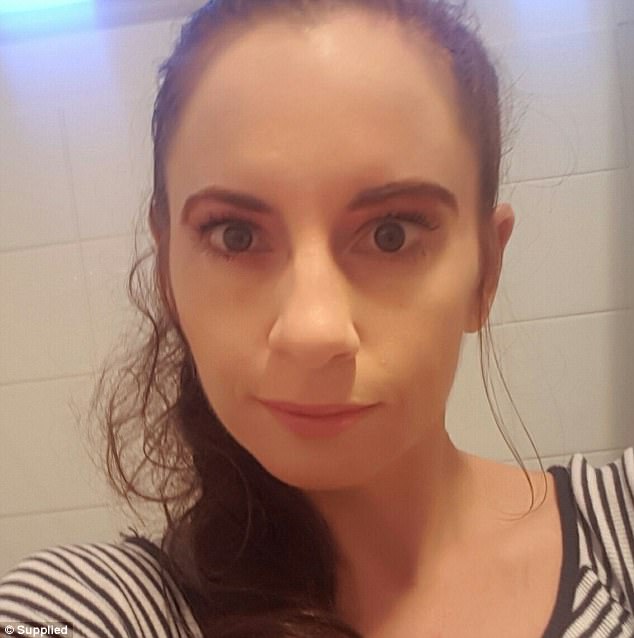 George was sentenced to 11 years imprisonment after shooting his ex-girlfriend Rosanna Robertson (pictured) in the back of the head. She survived her injuries

Gatt shot Comanchero Motorcycle Gang associate Bassil Hijazi to death in 2013 and was handed a 21 year sentence in June this year.

George shot his ex-girlfriend Rosanna Robertson, then aged 25, in the back of the head outside a pub in 2007.

She survived, and George was sentenced to 11 years imprisonment.

Gatt and George were both charged with affray after the pair’s brawl – which is considered lenient compared to other jail-year violence offences.

The charge against George was later withdrawn by authorities and he spent five days in confinement instead. Gatt was sentenced to an additional 22 months in jail.