Shocking new footage has emerged of an unarmed black man being shot  by two police officers as he was holding a cellphone to call his mother.

The officers in Wisconsin are under investigation for shooting Jerry Smith Jr, 19, after cornering him on a garage rooftop at a residence in Milwaukee.

Smith Jr said a bullet  was still in his hip in November and he will suffer permanent partial paralysis in his right leg, Milwaukee news station TMJ4 reported. 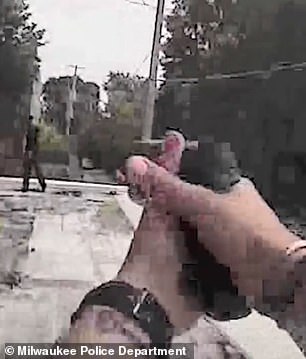 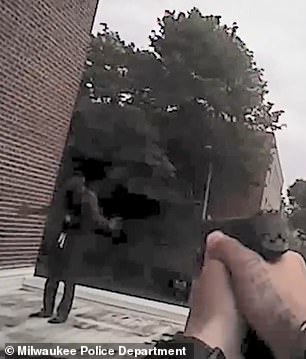 Newly released footage from the officer’s body camera obtained  by TMJ4 shows Smith had spread his arms and fingers as officers approached him with guns on the afternoon of August 31.

He appears to be getting on the ground as two officers shoot him from close range.

Police officers responding to reports a man with a gun confronted Mr Smith, who matched the description of the man they were looking for, Fox6Now reported in November.

Smith claimed that he ran from a police officer on a bicycle who had scared him, onto a roof.

Video shows that Smith put his hands up, but then lowered them.

Back in November,  Smith told TMJ4 that he was not carrying a gun but was holding a phone in his right hand that he was using to call his mother. 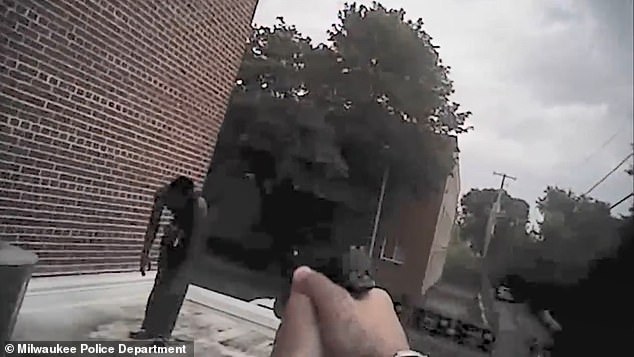 As police approach Smith Jr, he appears to reach down for something which later turned out to be his cellphone 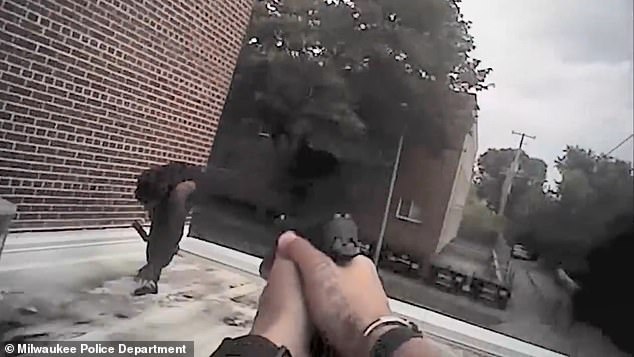 As he bends over, one of the officers fires at him believing that he is reaching for a weapon 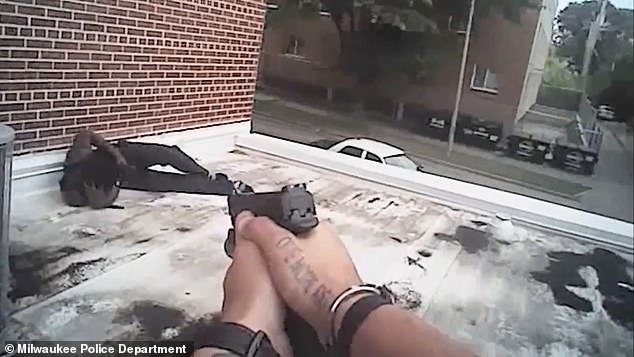 Another officer then fires at him believe he is hearing a shot from Smith Jr but it the noise is from his colleagues gun. Smith is seen reaching for his groin in agony after the shooting 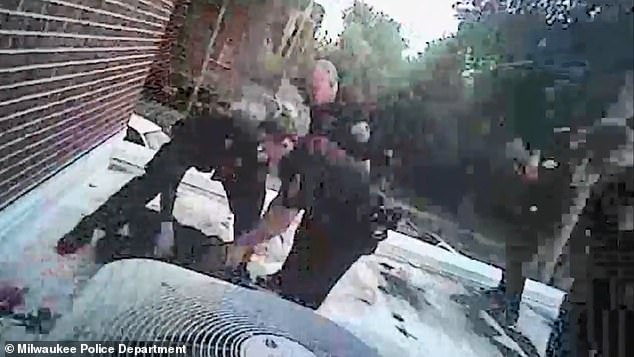 ‘I really don’t know why they shot me. OK, I ran, but the officer scared the hell out of me, man’.

Both officers in the video are currently still at work, on administrative duty.

Daniel Storm is a private investigator working on Smith’s federal civil rights lawsuit against the city.

Storm released the body-camera video from officer Adam Stahl, which he obtained about a month ago, to illustrate why he says many people believe police get away with murder.

‘People just need to see this. Police ‘can buy toys and all the ice cream they want but until they’re held accountable, the black community will never trust a cop’.

While state law requires outside agencies review fatal police shootings, the Milwaukee Police Department did its own review of the Smith incident. 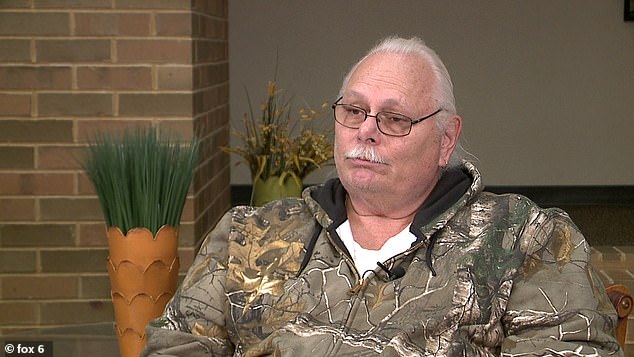 Chief Deputy District Attorney Kent Lovern concluded in June that Stahl and officer Melvin Finkley were justified in using force because they believed Smith was armed or was reaching for a gun behind an air conditioning unit on the roof.

The officers, Melvin Finkley and Adam Stahl were in the area when they heard a call that a suspect, believed to be armed, was on the rooftop.

Smith, who has no criminal record and said he does not own a gun, was not charged with any crime and no gun was ever found at the scene.

Several other officers were around the one-story roof on the ground, and others were on a stairway leading to the roof.

On the video, one said: ‘He doesn’t have a gun in his hand, but he was hiding behind the AC’.

In a letter,  Chief Deputy District Attorney Kent Lovern indicated that the officers thought Smith was reaching behind the AC unit about four feet away, where they believed he might have a gun.

Finkley fired first, and Stahl said he believed that shot was from Smith and then fired at Smith, who quickly crumples to the roof and grabs for his groin.

Smith was hit twice and grazed on the head by a third bullet.

The city is defending officers Finkley and Stahl against Smith’s lawsuit and said they were acting in good faith, pursuant to their law enforcement duties and therefore protected by qualified immunity. No trial date has been set.