A police officer has been forced to lockdown a pub at after discovering a diner had contact with a coronavirus case.

Pub goers at the venue in Bordertown, South Australia were left stunned when the officer broke the news to them on Friday.

A truck driver who had earlier eaten a meal at the pub close to the Victorian Border had potentially exposed patrons to the virus after being deemed a close contact of a person with the deadly virus interstate.

It is understood that he had flu-like symptoms a week previously and that  health authorities called him during his meal to alert him to his potential exposure.

A patron filmed as the police officer wearing a facemask revealed that all customers and staff would need to give their contact details and self-quarantine for 14 days in case the truck driver tested positive.

The venue was shut for several hours during the process, Nine News reported.

Neither staff nor patrons were able to leave during the investigation during, which police tried to ascertain where the truck driver had been inside the pub.

The Bordertown Hotel had been booked out for Fabulous Friday where they serve Espresso Martinis, and many patrons had already eaten dinner and departed.

‘That’s going to be our next step, we’re going to have to pull CCTV and work out who was in here at the time,’ the police officer said.

Pictured: the Bordertown Hotel, South Australia, near the border with Victoria. Staff and patrons were locked down for hours on Friday night after a truck driver from interstate who had a meal there was deemed a close contact of a confirmed coronavirus case 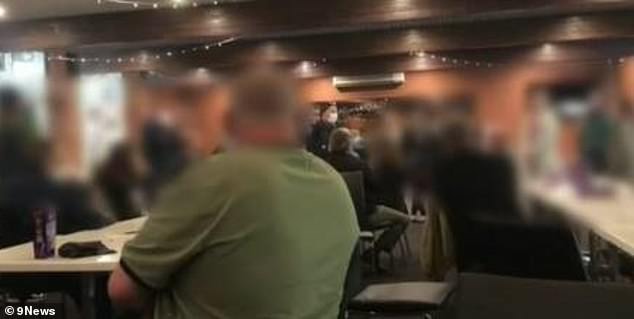 Patrons sit in stunned silence as SA Police explain they must self-quarantine for 14 days. Luckily the exposed man tested negative and they were given the all-clear on Saturday

Although patrons have to sign a covid tracing register to play pool, one staff member said: ‘we’ve all touched the bar’.

The ordeal did not end at the Bordertown Hotel.

As some customers had moved on to the nearby Woolshed Inn, police had to advise patrons there they would have to self-quarantine for 14 days or until test results confirmed whether the truck driver had the virus.

More than 60 people had been at the Woolshed Inn for a work function and patron Shaun Taylor told Nine News that police advised they would have to take extra precautions with social distancing and limit their social interactions until the test results were in.

‘It actually seemed a bit like a joke, until it actually sunk in,’ Mr Taylor said.

South Australian health authorities prioritised the truck drivers’ coronavirus test and results were confirmed on Saturday: he was all clear.

The Bordertown Hotel took to FaceBook with the happy news on Saturday morning.

‘Just thought we better put the gossip to rest – yes the local police shut us down at 9.30 last night due to a suspected corona incident but at 12:30 we got the all clear,’ the Bordertown Hotel post said.

‘It’s business as usual again today and we will be maintaining our strict cleaning regime. ‘ 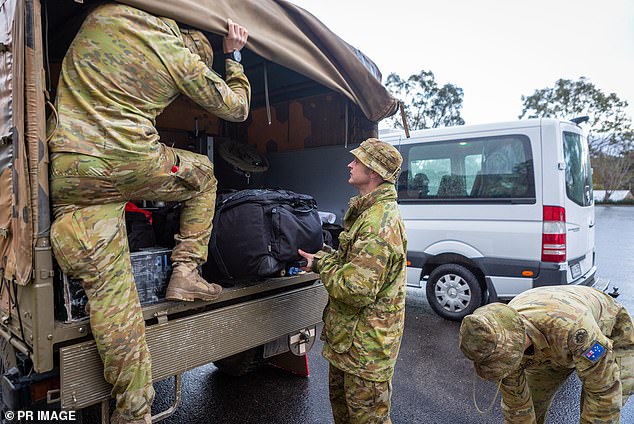 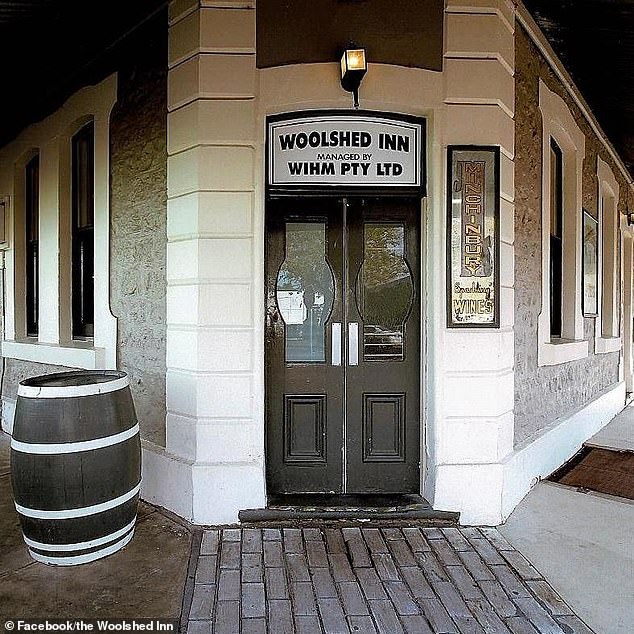 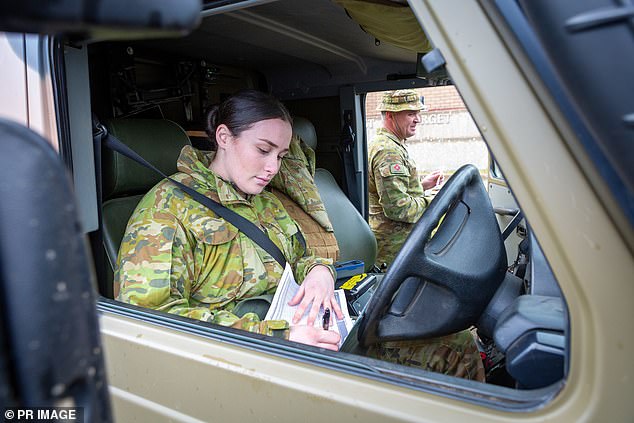 An Australian Army soldier departs for Mount Gambier, South Australia, to help with the coronavirus border closures. Only South Australian residents returning home or commercial truck drivers carrying freight are allowed over the border from Victoria

Staff from the Woolshed Inn also announced their relief at the negative coronavirus test and posted a photograph of a rollercoaster to show how they were feeling.

‘Whilst the last 24 hours have been been about as full of emotion as this picture we are happy to say that as per the news we are all clear here in Bordertown!!!’ wrote staff member Lauren.

‘We are not in quarantine – Tests have come back negative … To our patrons last night I appreciate and thank you for your compliance and willingness cooperate. To my team the way you handled the situation as it was as stressful for you as it was for the patrons. Thank you for your support and kindness!’

South Australia shut its border to Victoria this week amid Victoria’s worsening outbreak of the deadly coronavirus.

South Australia had no new coronavirus cases as of Saturday night, while Victoria recorded an increase of 216, revised down from 251, and has now surpassed New South Wales as the state with the most confirmed cases in total.

Defence Force personnel arrived at the Victoria-South Australia border on Saturday, and will help police checkpoints from Sunday.

Both sealed and unsealed roads across the border will have a checkpoint or hard road blocks to prevent people crossing into South Australia.

South Australian residents will be allowed to cross back in, but they will have to self-quarantine for 14 days.

The only exception is for truck drivers carrying commercial freight. They are required to wear a facemask at all times in public and must self-quarantine when not on duty.