Shocking footage has emerged of a brutal fight that broke out between parents at a Chuck E Cheese in Florida.

The fight involved a group of adults throwing punches while others tried to hold the people back at the location in Kendall, near Miami.

Several women could be seen punching and hitting one another while children who wondered what was happening attempted to quickly run out of the way. 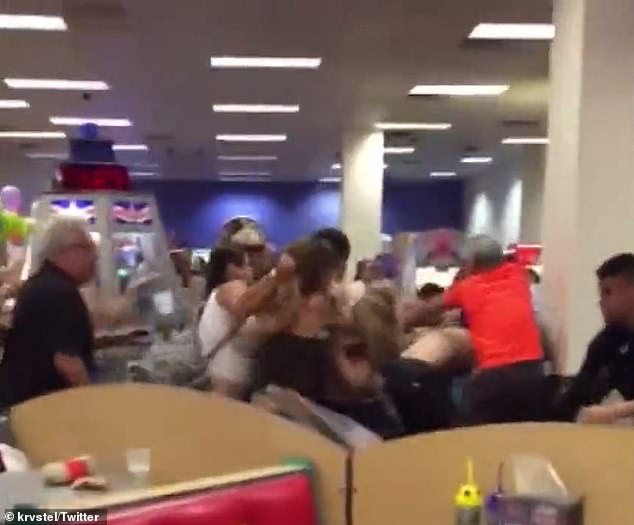 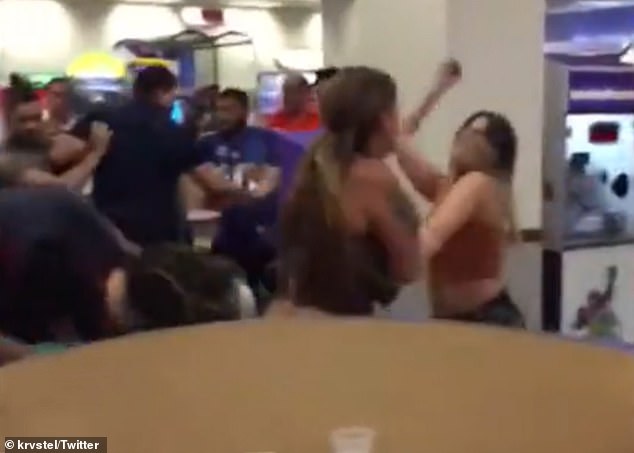 The brawl involved around 20 people and continued for a couple of minutes before a couple of security guards came over and attempted to intervene and pull the men and women apart.

One officer ended up being knocked to the ground as he struggled to maintain his balance.

Shouts and cries could be heard as more and more adults rushed in to either join the punch-up or to try and break it up.

The brawl seemed to take take up most of the space in the restaurant as the group jostled around various children’s toys and games.

A Chuck E. Cheese’s spokesperson said the fight began when an ‘argument between two guests escalated into a physical altercation.’

Eyewitnesses told the Miami Herald the fight began ‘because one person was looking at them and instigating a problem then they went up to them and their families got involved.’ 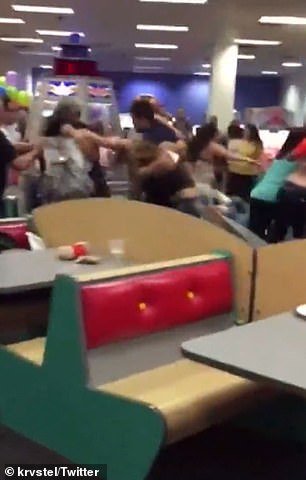 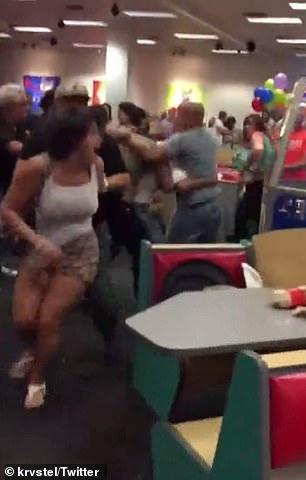 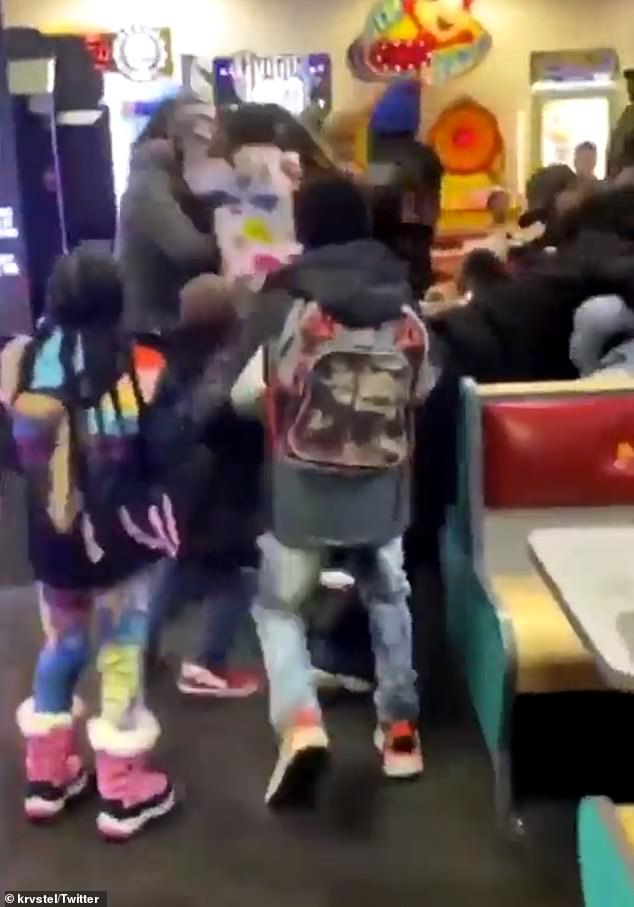 There have been a number of violent fights among adults at Chuck E. Cheese in recent years.

Many of the vicious brawls among parents are captured on video, damaging the reputation of the children’s chain famous for its parties and pizzas.

The restaurant-cum-arcade sells itself as a venue for children’s parties with its slogan ‘Where a kid can be a kid’.

At one point the chain came under fire for its decision to allow alcohol to be served to parents, although the restaurant chain’s policy is to only serve two alcoholic beverages per adult at the establishment. 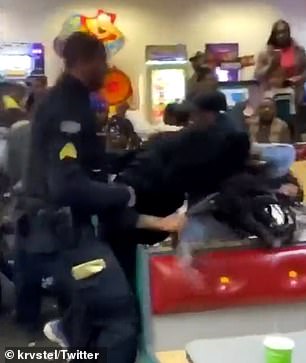 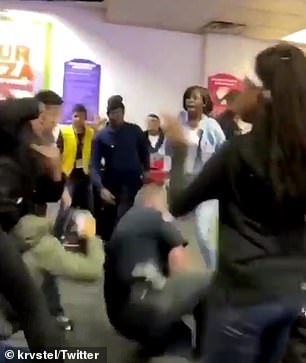 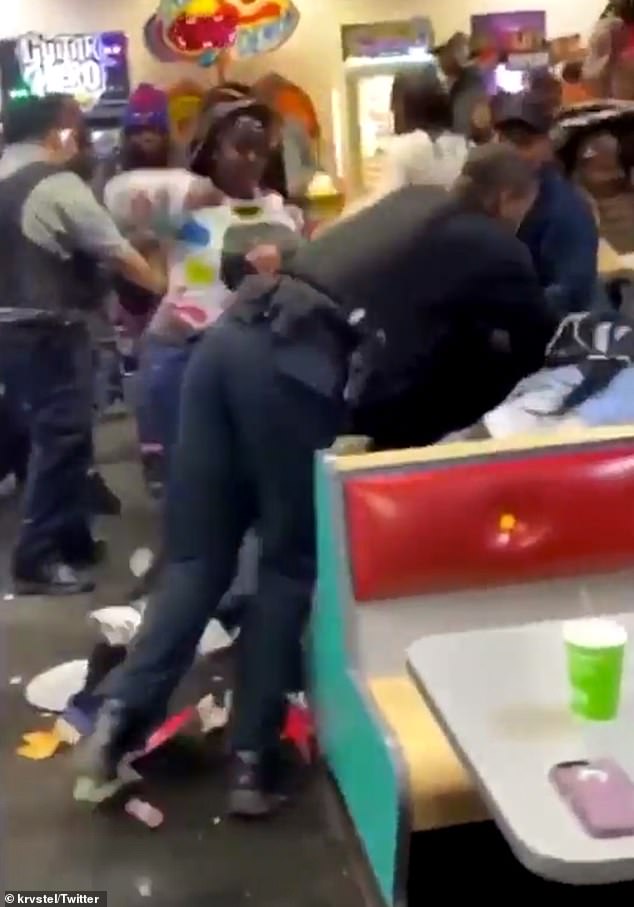 There have been several reports of violent fights among adults at Chuck E. Cheese’s across the country over the last few years

Chuck E. Cheese, which was been running since 1977 has issued a statement in the past regarding fights at their venues.

‘Despite our efforts, unfortunately altercations occur with a very small percentage of those who visit Chuck E. Cheese’s.

‘And like kids’ soccer and baseball games across our country, typically the incidents are not with the kids — but regrettably the parents.

‘For us, even one altercation is too many. Maintaining a wholesome, safe experience that sets a standard across our more than 550 locations is of utmost importance to Chuck E. Cheese’s, and we will never stop working to improve how we operate our business’

The chain added: ‘We believe it is important to note that alcohol is rarely a contributing factor in the relatively few instances of inappropriate behavior in our stores.’