Horrific pictures have emerged of the bloodied and bruised mother at the centre of a wild brawl which saw a police officer’s head smashed against the contrete.

Kayla Potts, 25, and her fiancé Jack Houldcroft, both from Melbourne’s south, were charged over the horrific attack on two officers in St Kilda on Sunday morning.

Recently surfaced footage showed the young mother-of-one getting smacked to the ground by an officer after attempting to step in between he and her partner.

Ms Potts claims she was smacked with the policeman’s torch during the incident, an action that left her with blood pooling on her forehead and near her mouth.

The childcare worker looked disoriented and dazed when she was picked up off the ground and supported by a male companion.

Ms Potts allegedly throttled the officer in the head in the seconds before she was struck with the torch.

Soon after, the woman’s 38-year-old relative Phil O’Donnell allegedly began the vicious attack on the officer that was recorded and distributed online.

In the footage, Mr O’Donnell allegedly pummelled the officer’s head into the concrete.

If convicted, all parties face a mandatory six months in jail for assaulting an emergency worker. 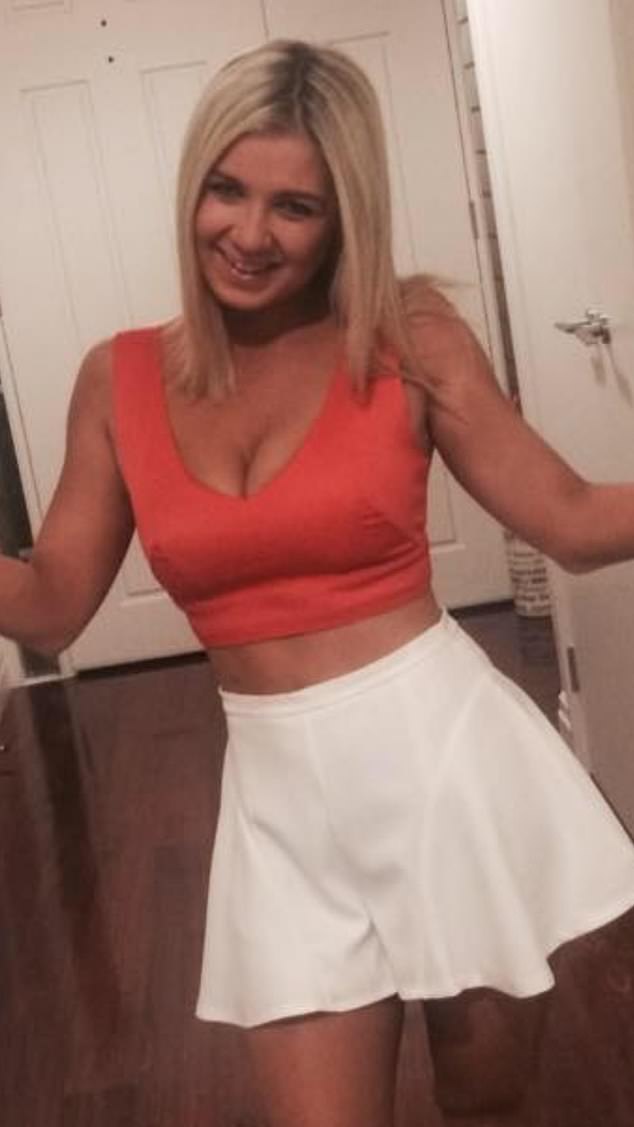 Kayla Potts was accused of striking a police officer from behind

A witness provided a second version of previously seen vision, in which Ms Potts could be seen rushing to the aid of her brother, Trent Potts, who was being restrained.

The footage appeared to show Ms Potts lunging at the officer, at which point he retaliated with a Mag light torch to the side of her head.

Ms Potts fell backwards and hit the ground after the impact, remaining on the pavement for a few moments.

The young mother is one of a group of friends accused of punching the policeman from behind in a sickening attack that was caught on video.

Senior police described the shocking video as ‘animalistic’ and the state premier slammed the footage as ‘disgusting’.

The Melbourne Magistrates Court today heard that Potts, her brother Trent, Houldcroft and O’Donnell had been attending a 30th birthday party in St Kilda when they got into an argument upon leaving the venue.

A transgender woman intervened in the dispute but Trent Potts allegedly booted the Good Samaritan in the testicles.

Police were called and arrived on the scene just as the group were about to board a taxi. 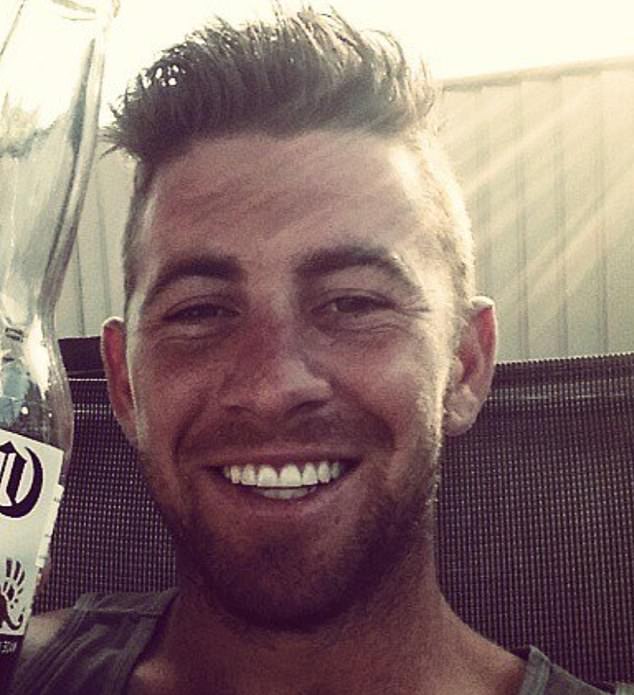 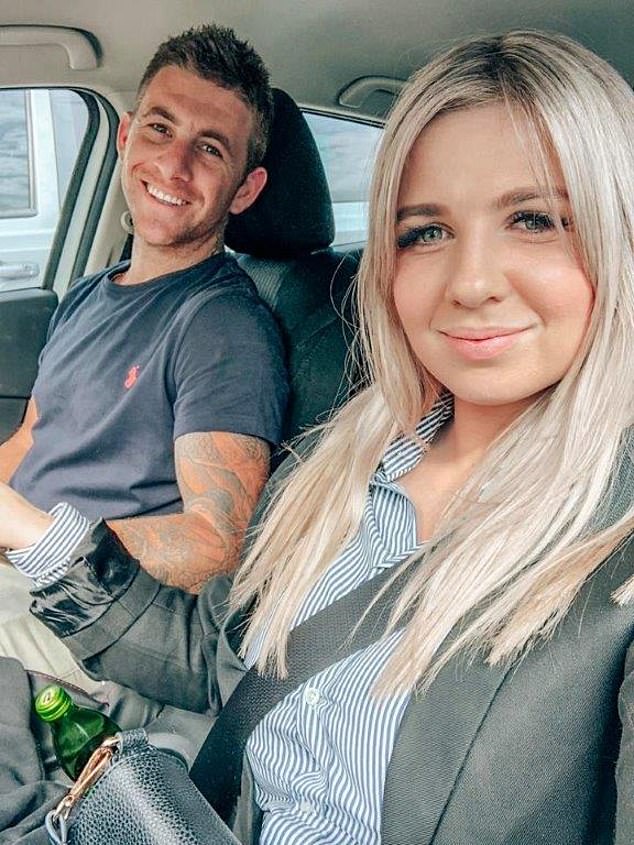 Brawl accused: Kayla Potts with her boyfriend Jack Houldcroft, both from Langwarrin 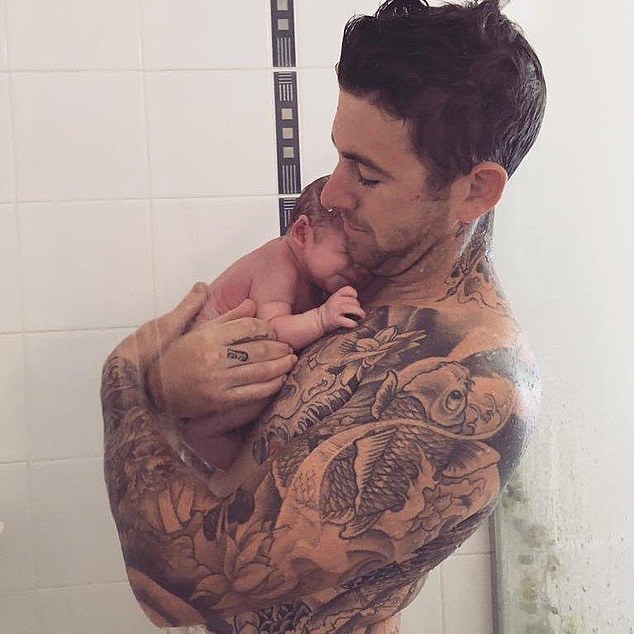 Trent Potts, who was allegedly wearing a pink shirt, was identified and questioned by Senior Constable Adam McKenzie.

Detective Senior Constable Jacob Laidlaw told the court Potts then broke free and made a run for it.

Senior Constable Darren Shepherd took chase but tripped on the gutter, he said.

The court heard Trent Potts then allegedly shaped up to Mr McKenzie before striking him.

It was then that police allege Kayla Potts struck Mr McKenzie from behind before the officer struck her with the Mag light torch. 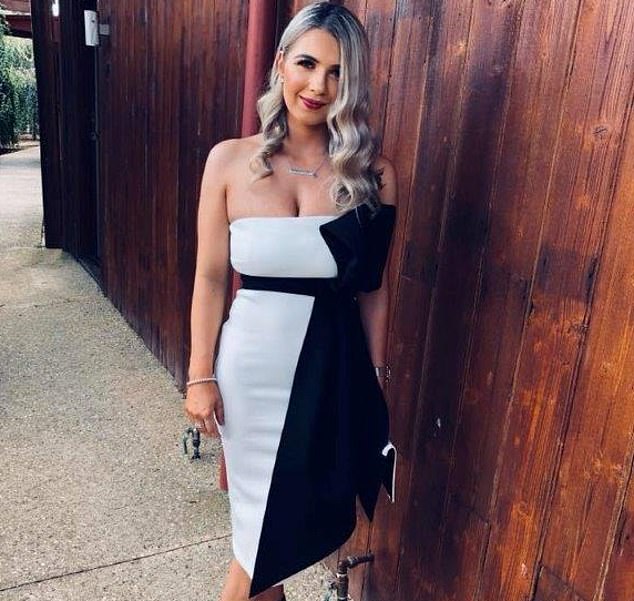 The mother of a three-year-old child appeared in court sporting a bandage on her head from the blow.

It was then that police claim O’Donnell attacked Mr Shepherd from behind, slamming his head repeatedly into the footpath.

They further allege Houldcroft punched and kicked Mr McKenzie as he lay on the ground.

He then allegedly ‘spear tackled’ Mr Shepherd after he got to his feet. 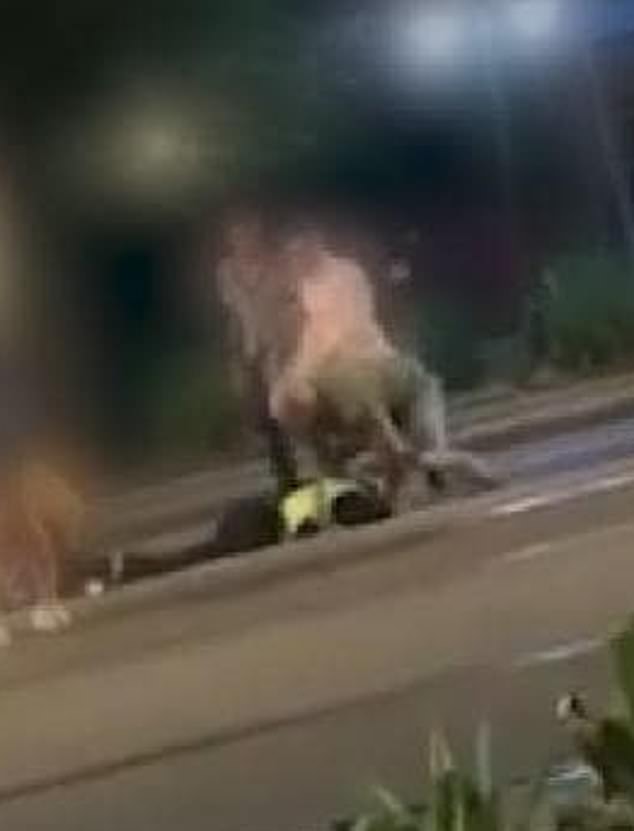 Her brother was caught that night, with footage found on his phone allegedly identifying his co-offenders.

Police continue to search for several other people they believe participated in the brawl.

‘It’s quite a strong case and it’s only going to get stronger,’ he said.

Kayla Potts was granted bail by magistrate Donna Bakos despite arguments by police she was at risk of committing further offences.

She had admitted to punching the officer, the court heard.

Her partner made no application for bail.

Trent Potts and O’Donnell were remanded in custody and are expected to apply for bail tomorrow.

The four were each charged with two counts of assault police, affray, violent disorder, intentionally cause injury and other assault related offences. 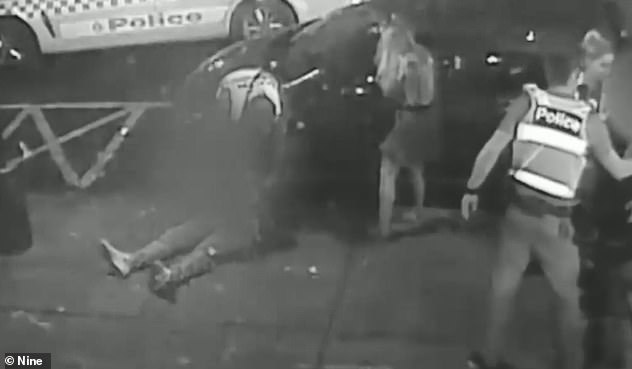