A young father and Covid vaccine sceptic who spent eight days in a coma after catching the virus has urged others not to repeat his mistake and go and get the jab as soon as possible.

Melbourne father Aaron Desira had to learn how to walk and feed himself again after battling the deadly virus for two weeks in hospital.

Mr Desira, from Werribee in the city’s south-west, spent more than a week in an induced coma after testing positive to the virus on September 23.

The father of two – who has two young children – said he first felt symptoms while he was working in Bendigo in regional Victoria on September 22.

He drove home, got tested and isolated while waiting for his results.

He tested positive the next day, just two days before he was booked in to get his first dose of a Covid vaccine.

The father said his symptoms started off as similar to a cold before moving into hot sweats, a bad headache and increased breathing difficulty.

He became incoherent three days later on September 26 and was rushed to Geelong Hospital.

‘I was there for a night on oxygen and then they made the call they were going to intubate me, put me into an induced coma,’ he told The Geelong Advertiser.

‘I was then in a coma for eight days,’ he said, adding his condition worsened very suddenly. 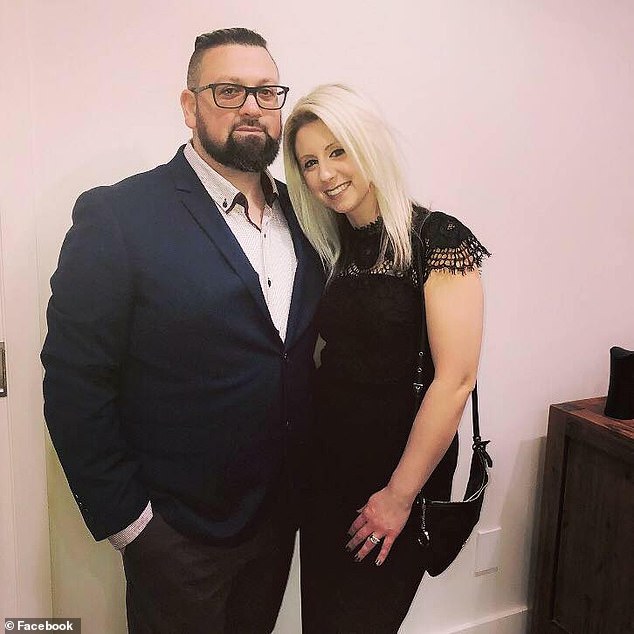 Mr Desira (left) said while he was confident he would recover, his family were extremely worried for his health

He said while he was confident he would recover from the virus, his family were extremely worried for his health and that it got ‘too much’ for his wife – with his father stepping in to help with doctors calls.

Once he woke up from his coma, he was moved from the ICU to the hospital’s Covid ward where he had to learn how to walk again and feed himself.

On Monday, Mr Desira was able to walk unassisted out of the hospital, a goal he had set for himself when he started his recovery. 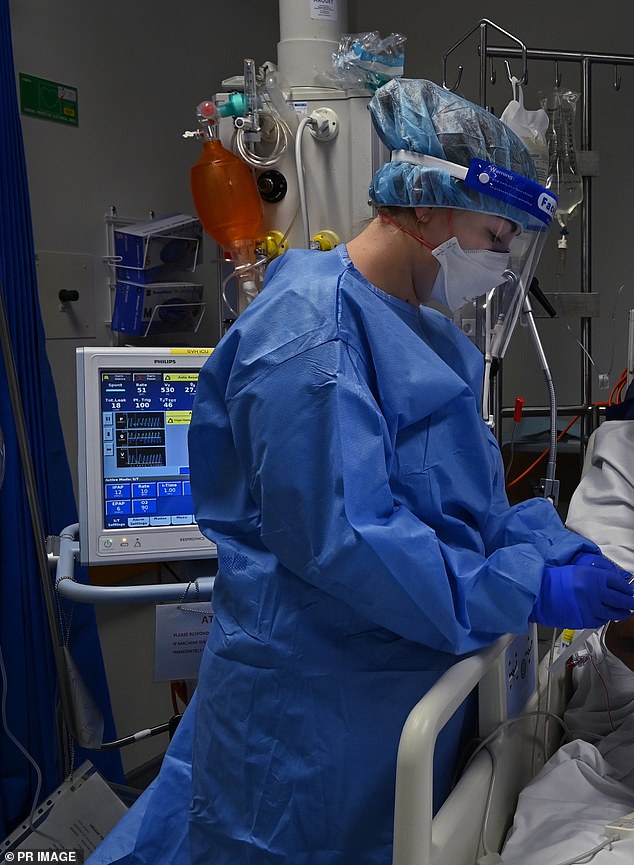 The self-confessed vaccine non-believer says that while he wasn’t a full-blown anti-vaxxer, he was definitely hesitant about receiving the jab

Now, the self confessed ‘non-believer’ is encouraging others to get their Covid jabs as soon as possible.

‘It affects everyone differently, so don’t think because you’re young and fit you’re gonna pull through … Two of my colleagues were infected at the same time, one was unvaccinated and he just got flu like symptoms, the other was vaccinated and got severe flu-like symptoms, and then me, who was basically knocking on death’s door,’ he said.

He was hesitant about the vaccine at first but decided to roll up his sleeve when Victorian Premier Daniel Andrews made it mandatory for construction workers.