Airlines are also not insisting their customers wear masks, which means many passengers have decided to forgo a face covering of any kind whilst onboard.

In terms of the crew, most flight attendants now appear to be wearing masks as a precaution despite some initial reluctance from airlines to allow it in the early days of the virus.  However, mask-wearing is not universal among staff.

On one flight between Miami and New York, less than 50 per cent of passengers wore masks 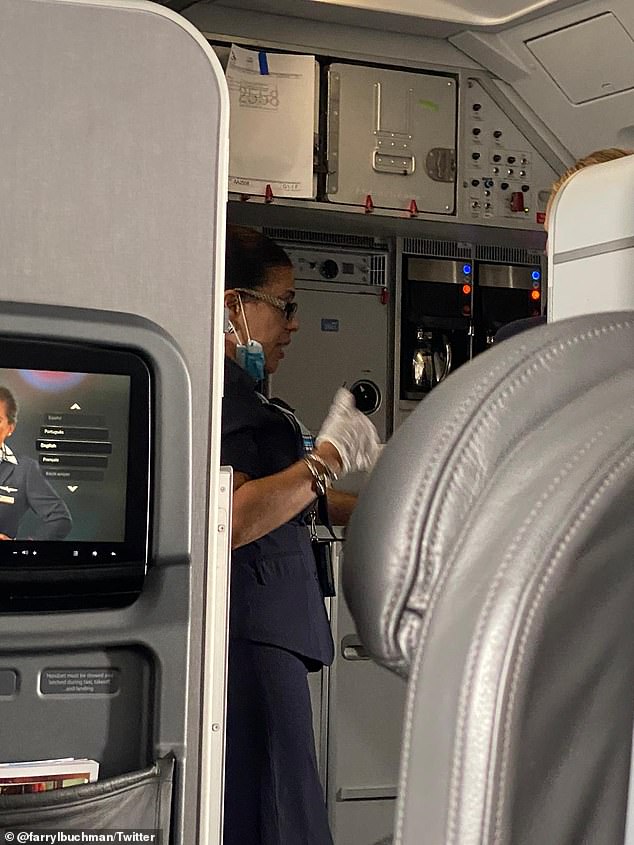 One passenger traveling from Miami told The New York Post that on his American Airlines flight to Mexico City earlier this month, around 80 percent of people were not wearing masks.

Pedro Souss, 49, who was traveling from Miami to Mexico City on April 16 calculated around 80 per cent of passengers to not be wearing masks.

Furthermore, his flight ended up being extremely crowded after the airline cancelled an earlier flight and ended up merging the two groups of passengers together.

It was directly the opposite of what had been promised by American Airlines’ CEO in an email which stated the company would enforce social distancing on their flights. 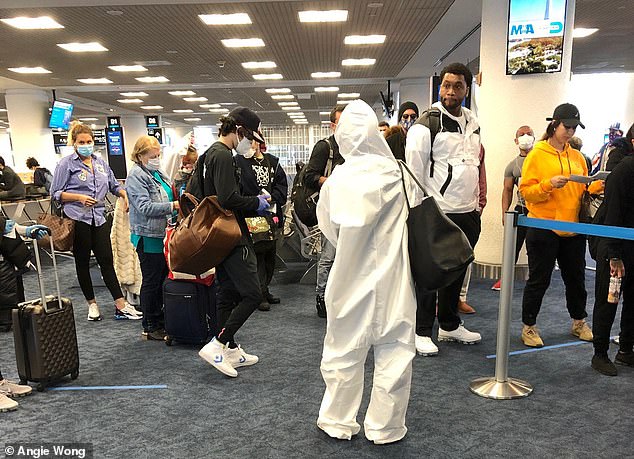 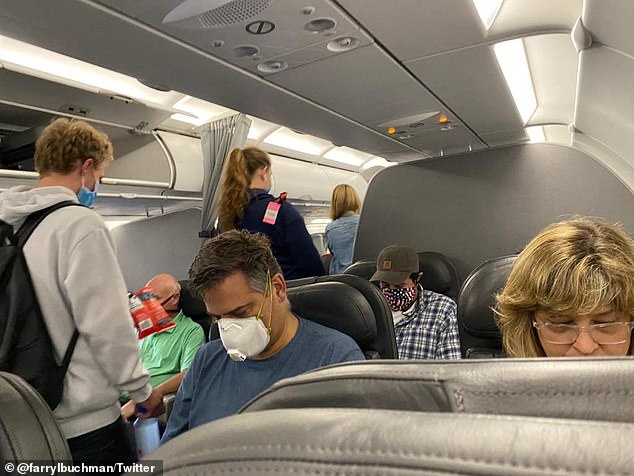 Although many passengers were wearing masks, it was not compulsory for people to do so

‘Apparently, there was another flight scheduled to Mexico City leaving from another gate and they decided to cancel that flight and cram everyone in one flight,’ Souss said.

Souss said he took issue with the fact that the American Airlines CEO sent an email stating the company would enforce social distancing on their flights.

Another Twitter user also called out American Airlines staff on a flight from Texas to Florida after they made passengers sit next to one another but kept seats at the front of the cabin empty, in order to keep passengers seated away from themselves.

Angie Wong, 42, told The Post that on a flight from Miami to New York LaGuardia, half the passengers were not wearing masks on a flight that was almost full.

‘I could tell passengers were very nervous that masks were not mandated,’ she said. 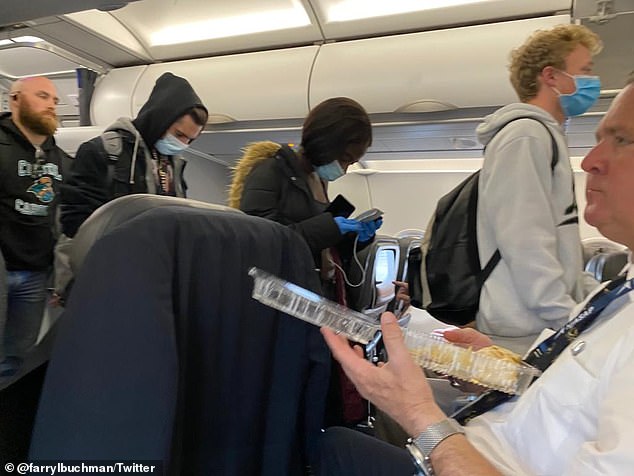 CDC guidelines recommend social distancing and wearing masks normally however, there are no guidelines in place for flights 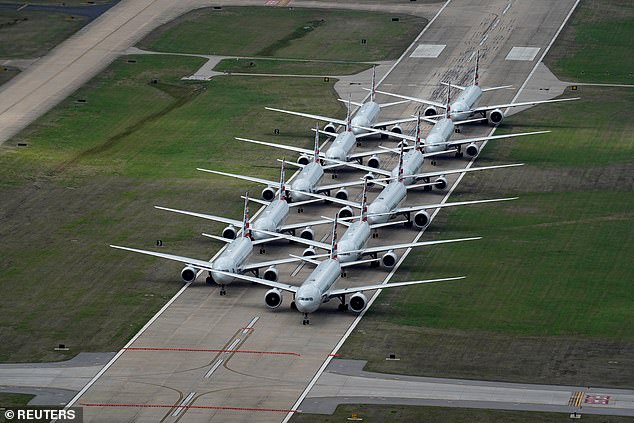 Wong was surprised that social distancing rules which had been enforced in both cities of New York and Miami, no longer applied once onboard the aircraft.

When she asked the airline, they responded tersely: ‘Nothing we can do about it.’

While only 50 per cent wore masks, some people went further and were dressed in full hazmat suits.

‘Even the pilot came on mid-flight to apologize for the cramped conditions. Unlike in Canada, masks were not mandated to fly. No temperature checks. 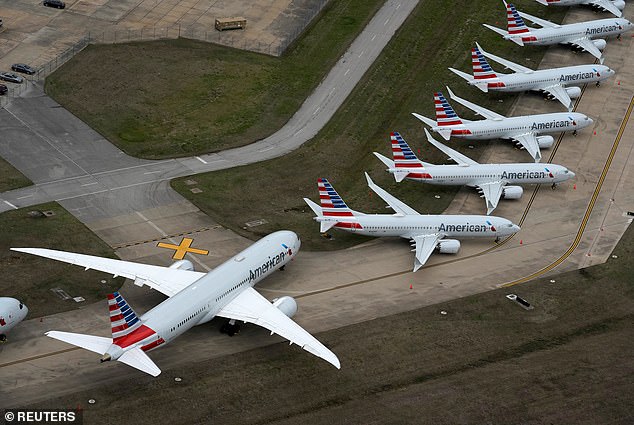 With so few traveling, many planes have been parked up on the tarmac until the crisis is over

‘Though I did ask to be sat in an emptier part of the plane — and was told the airline could not accommodate — I did not realize how packed the flight was until I boarded.’

Despite the uncomfortable nature of the pictures, there are no specific guidelines from the Centers for Disease Control that would require passengers to wear masks although the CDC’s website does recommend social distancing which it states not gathering in groups and staying six feet away from each other.

Some airlines including United and Delta have said they plan to adjust their seating policies and block middle seats, where possible until the end of May.

In a statement to DailyMail.com American Airlines explained the precautions they were taking during the current healthcare crisis.

‘The safety of our customers and team members remains our top priority. We are in close contact with the Centers for Disease Control and Prevention (CDC) and public health officials and will continue to coordinate with them on any required health and safety related measures. In response to our employees’ concerns about COVID-19, we have expanded our cleaning procedures to ensure high-touch areas are cleaned more frequently and have introduced procedures to ensure employees maintain proper distance from others and follow all CDC recommendations for personal hygiene.

‘We allow all employees to wear gloves or masks if they wish, and in the wake of recently-updated CDC guidelines, are working to provide masks to all front-line employees as quickly as we can obtain supplies without taking any actions that would deprive such necessary supplies from first responders and health care providers.

Last month, in response to CDC social distancing guidelines, American began temporarily relaxed seating policies for customers on our flights and reduced onboard food and beverage service levels. To encourage social distancing, gate agents will reassign seats to create more space between customers. Once on board — provided there aren’t any aircraft weight or balance restrictions — customers can move to another seat within their ticketed cabin subject to availability. Our team also monitors flights closely to maintain social distancing.’ 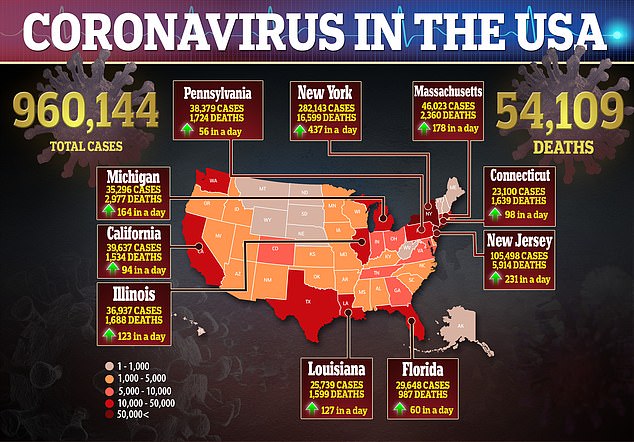 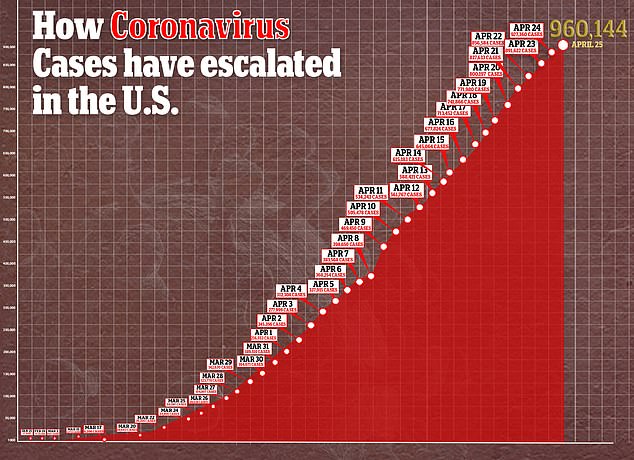 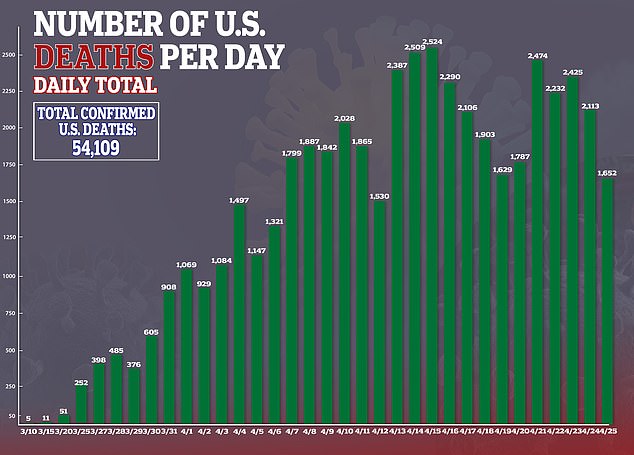