These shocking pictures show adorable puppies being kept in cramped, damp and squalid conditions at a caravan park in Scotland.

Local resident Kerry Mitchell took it upon herself to investigate after she saw one of the dogs was run over and badly hurt outside the farm.

The 31-year-old dog lover posted her shocking pictures online to expose the conditions at the farm, which sells puppies for around £500.

Animal welfare charity Scottish SPCA has confirmed it is investigating an alleged puppy farm in Galashiels, in the Scottish borders. 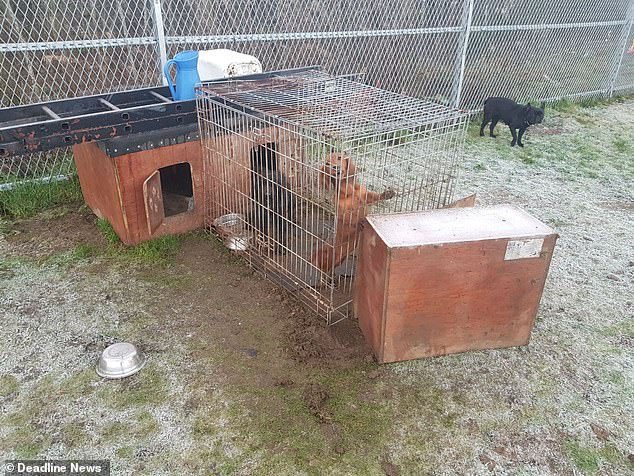 The mothers are kept in what Kerry Mitchell, 31, described as a ‘chicken coop’ (pictured) 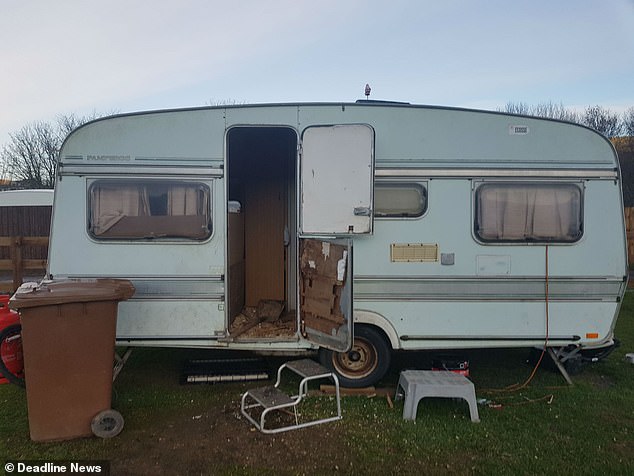 The mothers are kept in what she described as a ‘chicken coop’ while the puppies are kept in a caravan which is falling apart.

Images show the inside of the caravan with what appears to be dirt scattered across the floor along with bits of broken wood and dented water bowls.

She said: ‘There was more than one of these caravans but they chucked me out before I could see them.

‘It was home to over 20 puppies and smelt awful. It was damp and the door didn’t work.

‘The only reason I was suspicious was I witnessed a dog getting knocked over by a van. It’s back was broken and in agony. 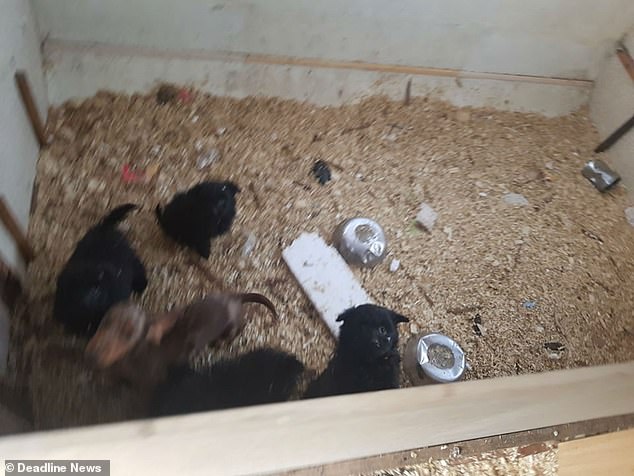 ‘They had no care or compassion they refused to take it to the vets just shoved it in the back of the van.

‘I live locally and was walking my own dogs along the path that lies adjacent to the site.

‘One of the dogs had no shelter and was tied to a fence all her life.

‘The breeders gave me her as she was now no good due to over breeding.’ 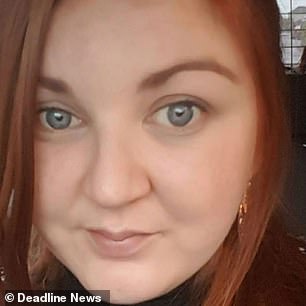 She added: ‘I released the pictures yesterday as I was so frustrated by the system. But even I had no idea of the extent of how many dogs there.

‘They had at least six different breeds all pedigree. All with the mother of the puppies in chicken cops.’

A spokesman for the Scottish SPCA, said: ‘We can confirm we have received reports relating to a caravan park in Galashiels. Our investigations are currently ongoing.

‘Puppy farmers are highly active at Christmas and thrive on impulse purchases.

‘We work very hard at this time of year to educate the public that getting a pet is a lifelong commitment and research is required to ensure you get a healthy puppy from an assured breeder.

‘Owning a pet can be a wonderful experience, bringing years of companionship and love, but it is also a huge responsibility and it’s a decision that should never be made on a whim or just for Christmas.’

Although they have been banned south of the border, puppy farms remain legal in Scotland.