Surveillance video has been released showing a minor league baseball player viciously beat his girlfriend at a Texas stadium in August 2016.

The graphic video, obtained by local Corpus Christi television station KRIS-TV, shows Danry Vasquez punch the woman in the face and head area, drag her by her hair, and the punch her again, knocking her glasses off on both occasions.

Vasquez is seen in his baseball uniform, which suggests that the incident took place either before or after a game at Whataburger Field in Hooks, Texas.

Hooks is the home of the Corpus Christi Hooks, the Double-A minor league affiliate of the Houston Astros. 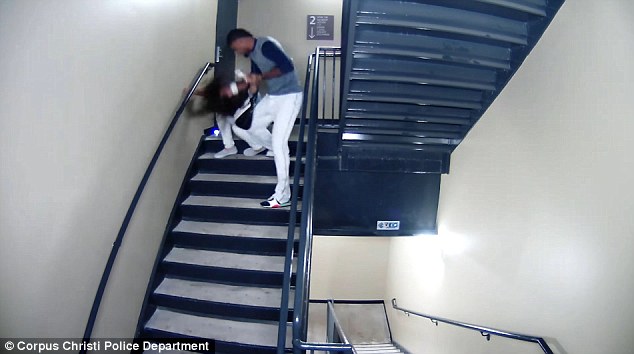 In the video above, then-Houston Astros prospect Danry Vasquez is seen pummeling a woman believed to be his girlfriend 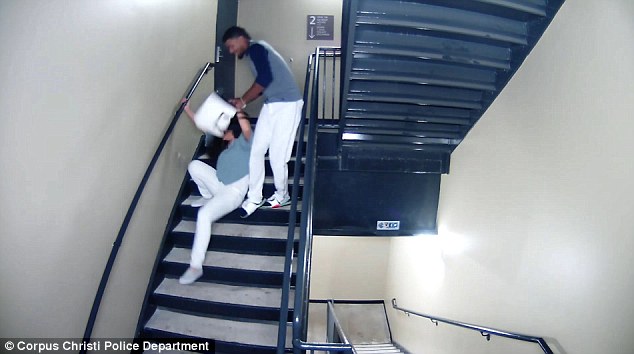 In the video, Vasquez is seen punching the woman repeatedly and dragging her by her hair 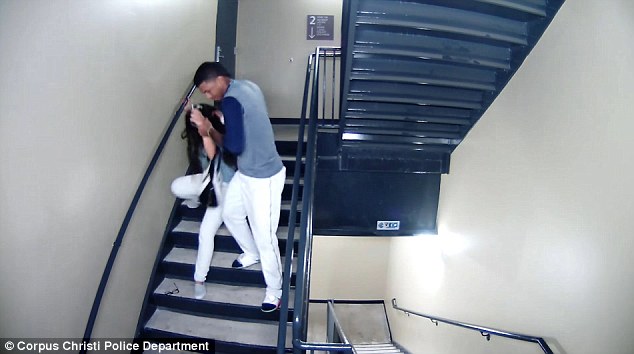 Vasquez was arrested for the vicious assault, but the case was dismissed after a plea deal 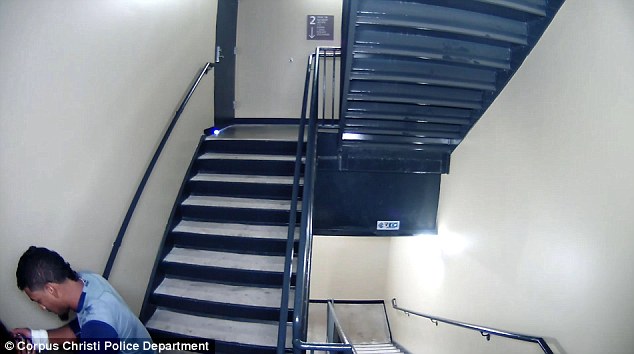 Vasquez was arrested on August 4, 2016, two days after the filmed incident.

‘It was an assault that occurred, we had all the evidence to prove it we just allowed this individual to hopefully get the training and education so he wouldn’t continue to assault people where he has relationships with,’ the district attorney said.

Gonzalez said that Vasquez agreed to comply with the terms of the plea deal. 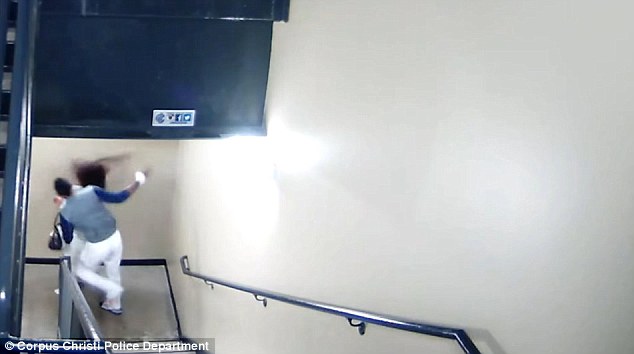 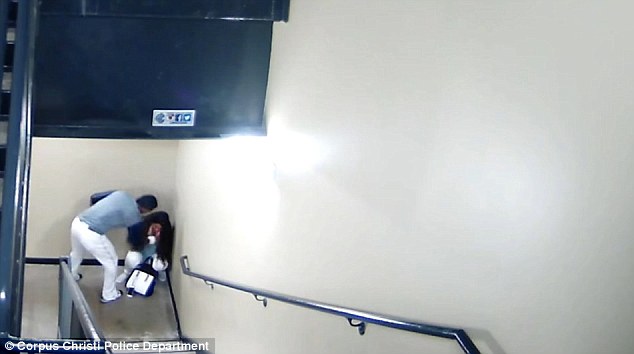 The entire incident was filmed by surveillance cameras at Whataburger Field in Hooks, Texas

The case against Vasquez was eventually dismissed.

‘Every time a man or woman hurts each other that’s what it looks like, and it’s ugly and what I’m trying to accomplish is to stop that from happening.

‘I’m hoping Mr. Vasquez will be the poster boy for our program and never hurt somebody that he’s in a relationship with and only time will tell.’

The Astros released Vasquez shortly after the arrest. 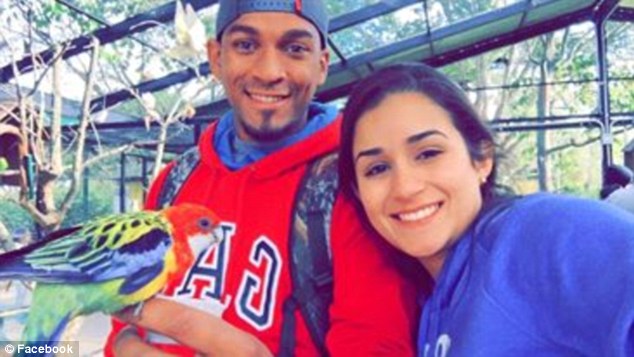 The identity of the girlfriend is not known, though Vasquez’s social media says her first name is Fabiana 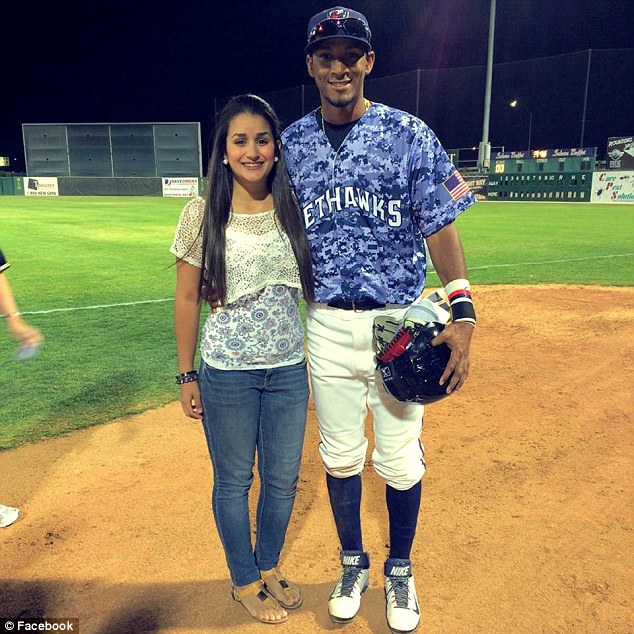 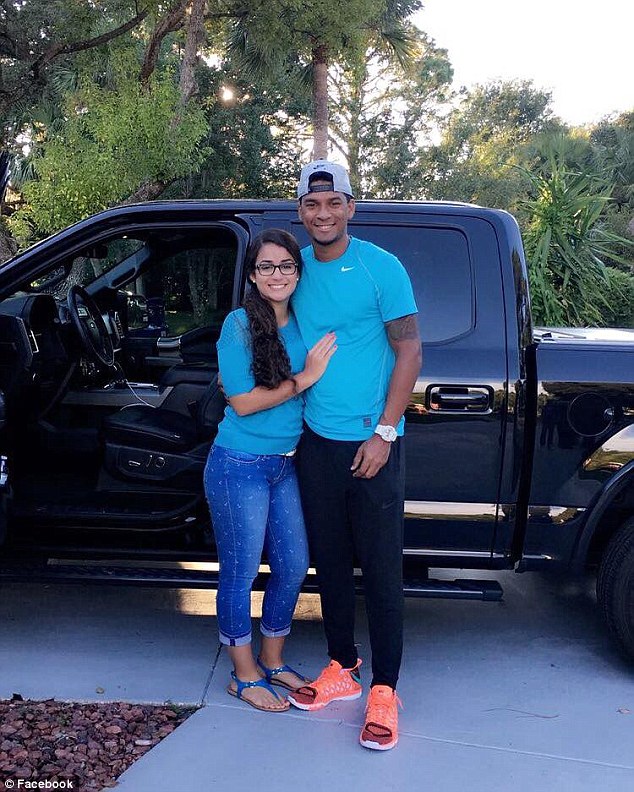 This picture was posted on Facebook in October 2016, two months after the incident 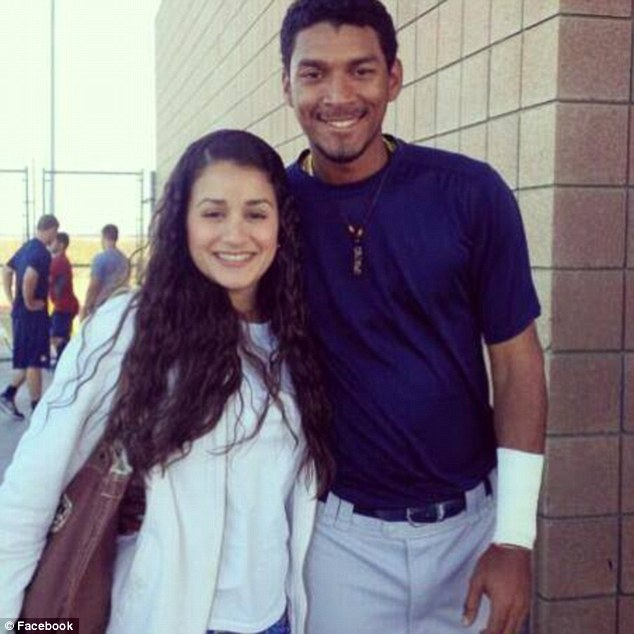 Vasquez, a Venezuelan national, was once a potential star 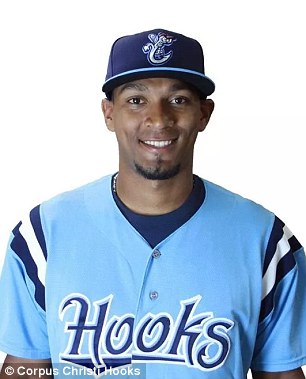 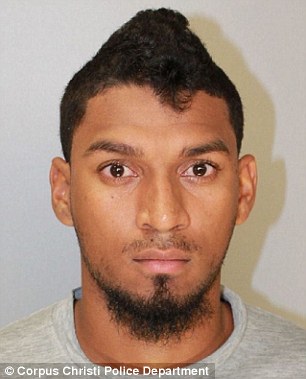 Vasquez signed a contract with a $1.2 million signing bonus with the Detroit Tigers when he was 16 years old before being traded to the Astros. His mug shot is seen on the right 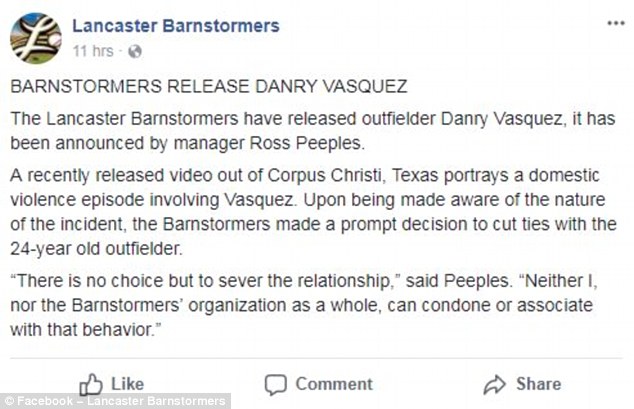 After the video surfaced, Vasquez’s current team, the Lancaster Barnstormers, announced that he had been released

After the video surfaced, Vasquez’s current team, the Lancaster Barnstormers, announced that he had been released.

‘A recently released video out of Corpus Christi, Texas portrays a domestic violence episode involving Vasquez,’ the team said on its Facebook page.

‘Upon being made aware of the nature of the incident, the Barnstormers made a prompt decision to cut ties with the 24-year old outfielder.’

‘There is no choice but to sever the relationship,’ said manager Ross Peeples.

‘Neither I, nor the Barnstormers’ organization as a whole, can condone or associate with that behavior.’

Vasquez, a Venezuelan national, was once a potential star. He signed a contract with a $1.2 million signing bonus with the Detroit Tigers when he was 16 years old before being traded to the Astros.