New video footage reveals the confessed gunman from the deadly 2018 shootings at a high school in Parkland, Florida, displaying bizarre behavior before brawling with a prison guard at a jail in Broward County.

The footage from 2018 shows Nikolas Jacob Cruz, now 21, circling tables in a common area at the jail while being watched by a sheriff’s deputy.

No audio is included in the footage, obtained by WSVN.

New video footage reveals Nikolas Jacob Cruz, the confessed gunman from the deadly 2018 shootings at a high school in Parkland, Florida, displaying bizarre behavior before brawling with a prison guard at a jail in Broward County 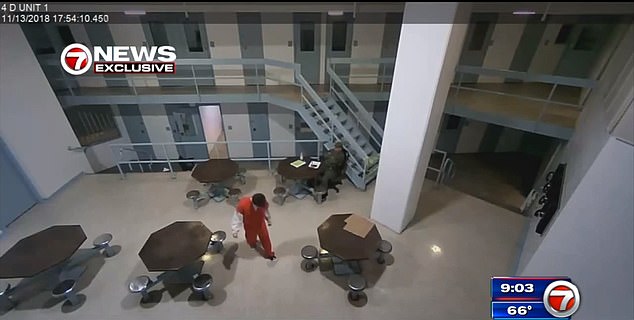 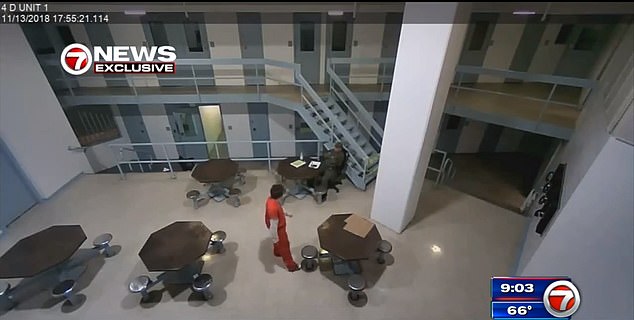 A guard is seen seated in rear of the common area, against a staircase, after Cruz walks in 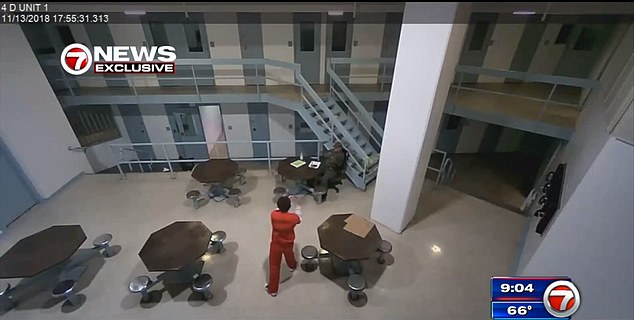 Words appear to be exchanged between Cruz and the guard. The video does not include audio 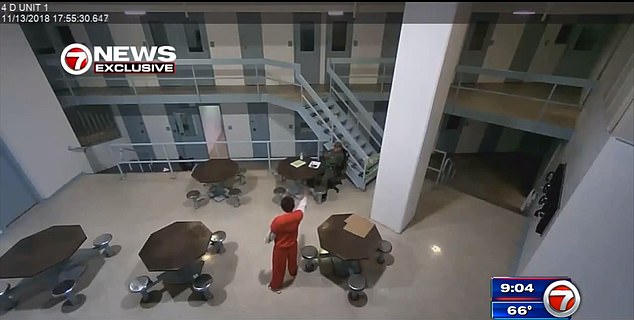 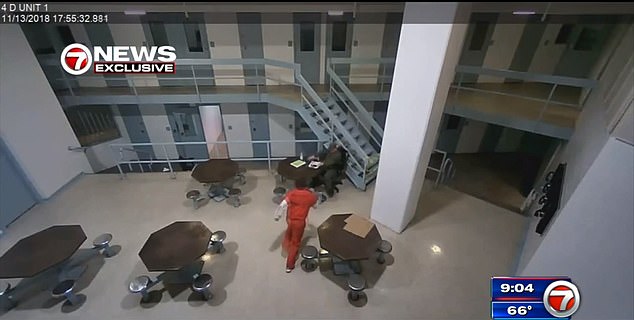 Cruz is seen in the footage charging the deputy 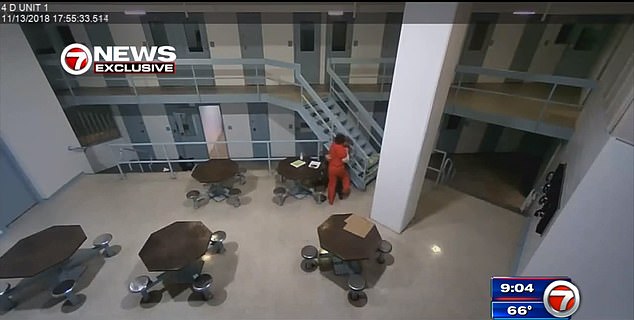 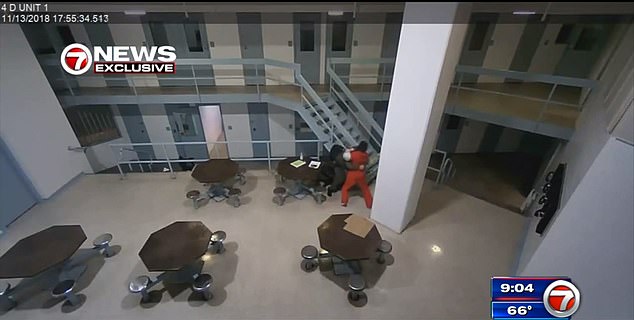 A brawl erupts between Cruz and the deputy, the footage shows 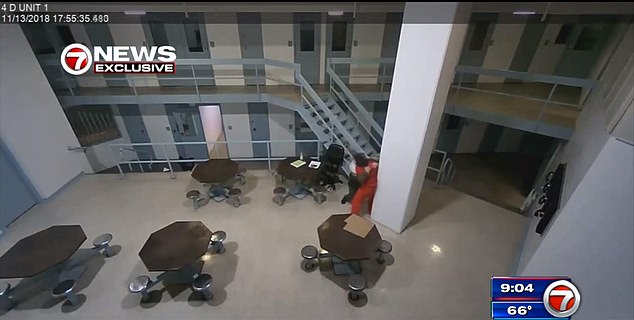 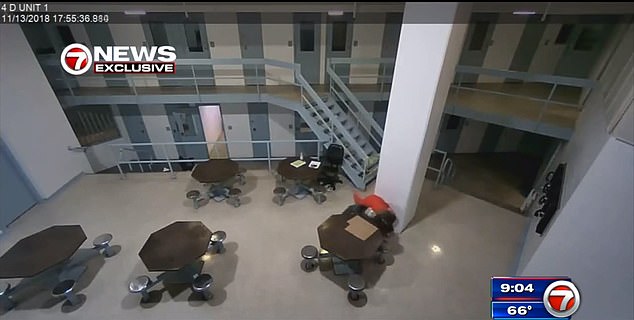 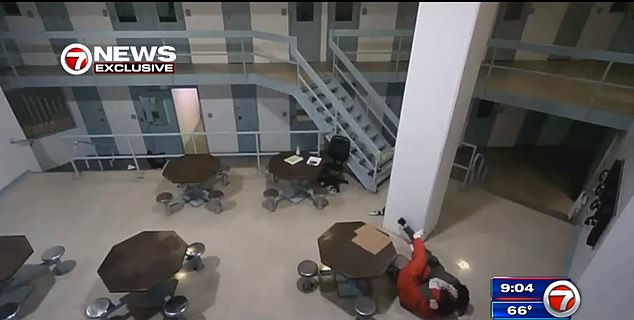 The deputy and Cruz begin wrestling in the footage 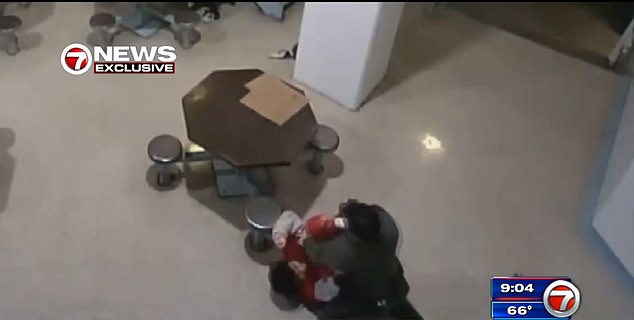 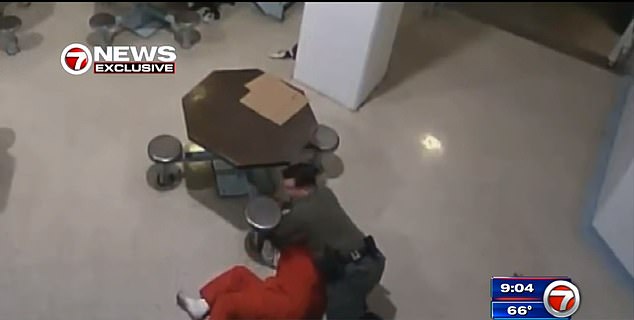 The deputy starts to get control of Cruz in the footage 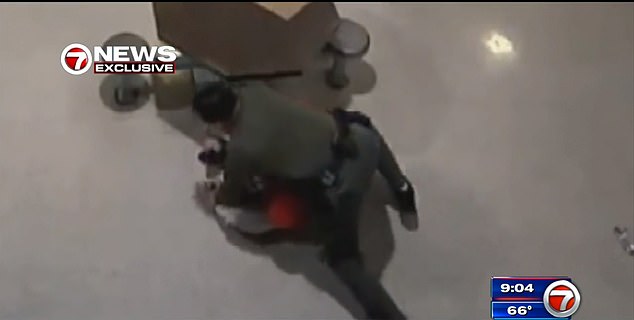 At one point, Cruz grabs the deputy’s taser and it goes off. Neither Cruz or the officer was affected, and the deputy was able to get the taser back while continuing in the struggle

The deputy orders Cruz to stop dragging his feet, to which he responds with a finger gesture and then charges the deputy, reports WSVN, which obtained the footage.

A violent brawl ensues and at one point the officer’s taser is discharged, missing both men as they fought.

Cruz finally breaks away, sits and then surrenders. The fight lasted a minute.

An expert observing the footage confirmed Cruz, who has behavioral issues, was displaying signs of obsessiveness and anger before the melee.

He is expected to stand a death penalty trial, which has been pushed back until at least the summer.

A Broward County judge in December granted a defense request to delay the case, which originally as scheduled to start January 27. 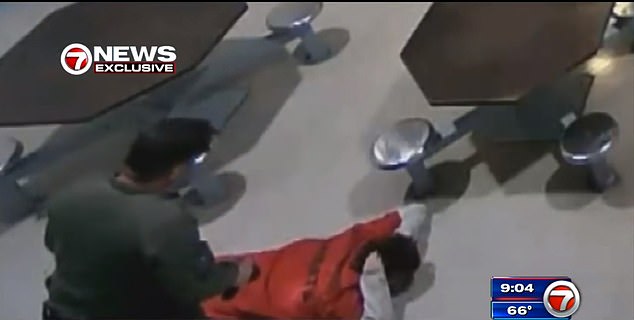 Cruz is seen in the footage going off-camera to sit, but returns and surrenders 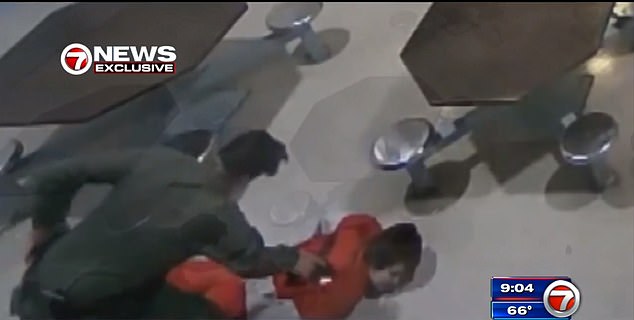 The officer is seen in the footage handcuffing Cruz 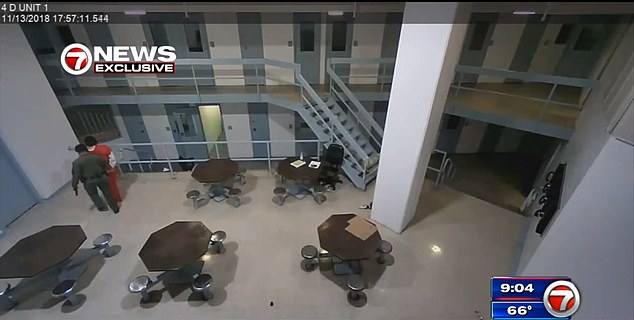 A specific date has not been set, but Broward Circuit Judge Elizabeth Scherer warned Cruz’s lawyers. He is being represented by the Broward Public Defender’s Office.

Delays in murder cases are typical and can sometimes drag on for years, since defense lawyers have to track down and interview witnesses.