Disturbing video has revealed the horrific treatment migrant children suffered at the hands of staffers at an Arizona shelter that was later shut down by the government.

The newly released clips, obtained by the Arizona Republic from the Arizona Department of Health Services, show young children being dragged, pushed, and slapped at the Hacienda del Sol shelter.

Hacienda del Sol was run by Southwest Key, a Texas-based non-profit operating shelters for unaccompanied immigrant minors that has come under fire over improper background checks for employees.

One of the clips shows a male employee dragging a boy into a room before slapping him and pushing him against a door.

He jumps back when the boy hits him and then pushes him away, exiting through the door. The boy then runs to a corner in the room and pounds on the window to an adjacent room.

In the second video, a female employee can be seen dragging a girl across a room. The girl lays down on the ground, desperately trying to avoid going into the other room as she attempts to block the doorway with her legs.

But the employee succeeds and drags her in while another employee drags a second child into the same room.

The third video shows a disrupted classroom setting but it remains unclear exactly what happened as the images have been heavily blurred to protect the children’s identities.

The shelter was closed about a month later, weeks after the federal government suspended operations at the facility.

The Maricopa County Sheriff’s Office, which investigated the incidents, said it will not press criminal charges in response to the videos.

‘The investigation determined that while physical force and restraint techniques were used against these minor children, these actions did not rise to the level of criminal charges,’ Sgt Joaquin Enriquez said in a statement. 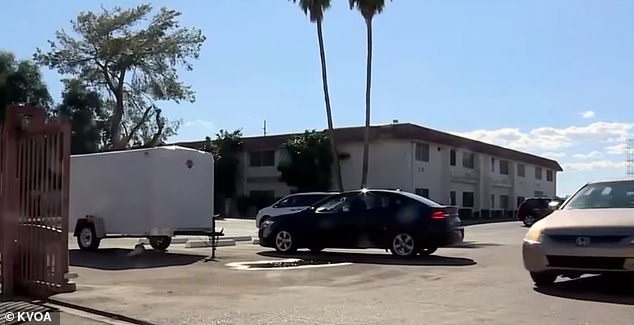 The Maricopa County Sheriff’s Office, which investigated the incidents, said it will not press criminal charges in response to the videos. Pictured is the shelter 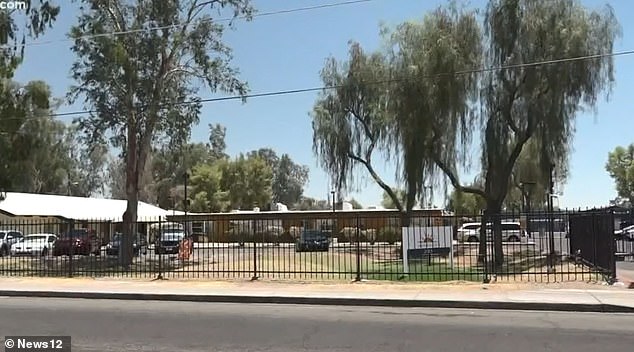 Enriquez said that the restraint techniques that are seen in the video are legal under Arizona law.

It remains unclear if the incidents that were captured on video prompted the federal government to suspend operations at the shelter, as the health department was already threatening to revoke all 13 of the Southwest Key’s licenses in Arizona over improper background checks.

Southwest Key – the state’s largest provider of migrant shelters – then agreed to close both Hacienda del Sol, located in Youngtown, and the Casa Phoenix shelter.

Before Casa Phoenix closed in November, it had been housing nearly 400 kids for several months. Hacidenda del Sol housed over 130 children in the months before it closed. 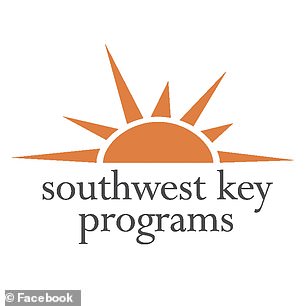 It remains unclear if the incidents that were captured on video prompted the federal government to suspend operations at the shelter, as the health department was already threatening to revoke all 13 of the Southwest Key’s licenses in Arizona

Over 1,600 kids were detained in Arizona earlier this year, until Southwest Key was forced to close two large facilities in the Fall. That number is now about 800.

And Arizona has seen numerous allegations of sexual abuse, including one made by the government of El Salvador, which said it received reports of three children – aged 12 to 17 – who were sexually abused at unnamed shelters in Arizona.

In August, police arrested a 33-year-old man on suspicion of sexually abusing a 14-year-old girl at the same Southwest Key shelter where just weeks earlier first lady Melania Trump had taken a tour.

In September, a former youth care worker was convicted of sexually abusing seven teenage boys at a Phoenix-area shelter for immigrant children.

The agreement Southwest Key made with the state health department this year came after it failed to get the proper fingerprint clearance from all employees on time.

‘Southwest Key’s lack of ability to deliver a simple report on the critical protections these children have against dangerous felons demonstrate an utter disregard for Arizona law, the mutual agreement with the department, and calls into question the privilege you enjoy operating a health care institution in the state of Arizona,’ Christ said in a letter to the nonprofit.

Under the agreement, Southwest Key was required to hire a third-party health care consultant to evaluate the company’s quality-management practices and systems.

It must also hire an on-site state-approved ‘evaluator’ at each of its 11 other facilities for at least a year and allow the health department to inspect its facilities without notice.

Health Department spokeswoman Melissa Blasius-Nuanez said Southwest Key had hired the consultant as the settlement required, along with some monitors.

‘We will fully and completely comply with this agreement,’ fellow Southwest Key spokesman Jeff Eller said in a statement when the settlement was reached.

‘We are committed to making the improvements that are spelled out and we look forward to building on these changes for the future.’