Shoe fetish killer who tied up a mother, 51, with a pair of stockings moved to an open prison

A shoe fetish killer who brutally murdered a mum after selecting her at random has been moved to an open prison in preparation for release by parole chiefs.

Christopher Farrow tied receptionist Wendy Speakes, 51, up with a pair of stockings, forced her to wear blue mule shoes before raping and then stabbing her to death.

The discovery of Mrs Speakes’ body at her home in Wakefield, West Yorkshire, on March 15, 1994, sparked a six-year manhunt for sadistic Farrow.

Farrow was finally caught after advances in fingerprint technology allowed a comparison to be made to the partial print found at the murder scene.

He was jailed for life at Leeds Crown Court in November 2000 and told he must serve a minimum term of 18 years behind bars after pleading guilty to the murder and rape. 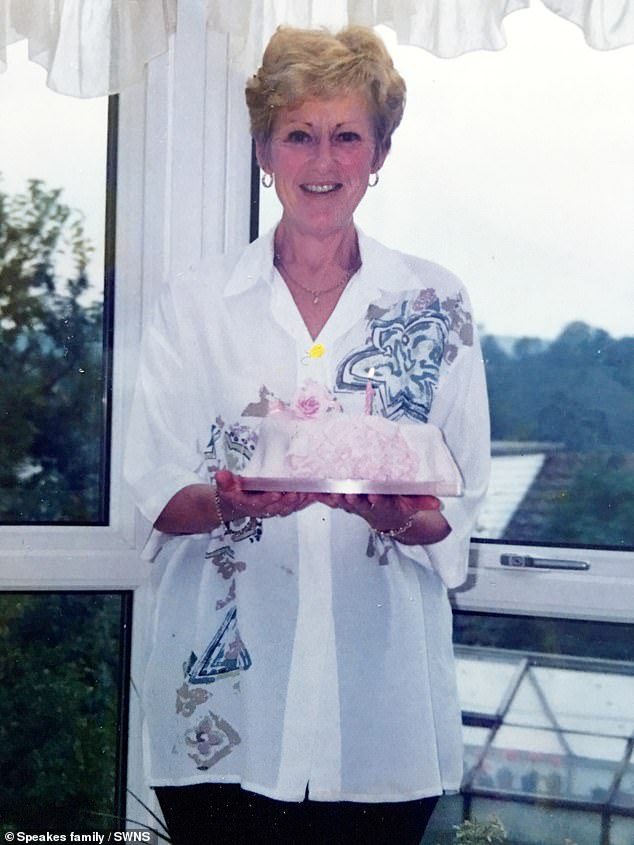 Wendy Speakes pictured on her birthday in September 1993, 6 months before she was murdered

A Parole Board panel has now decided former painter and decorator Farrow is fit to be moved from a secure jail to an open prison in preparation for release from custody.

The decision has outraged Mrs Speakes’ daughter who has long campaigned to keep her mother’s killer locked up forever.

Tracey Speakes, 54, says she remains convinced Farrow is still a serious danger to women and will strike again if granted his freedom.

She said: ‘I think he is a dangerous, dangerous man.

‘People need to be reminded of what he has done. Particularly people in Leeds and Wakefield if he is going to move back there.

‘Why should he have the right to freedom after what he has done?

‘He has shown no remorse – right from committing this offence in 1994 up until the day he is going to be released.

‘He has never said sorry.’

Wendy Speakes (left) pictured on the hen night of her daughter Tracey Speakes in 1993, 8 months before Wendy was murdered. 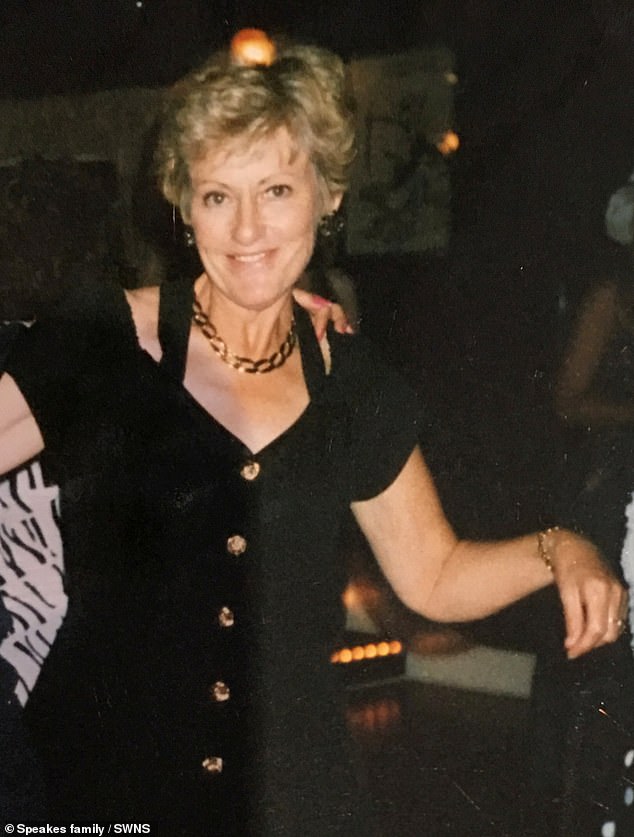 Farrow was jailed for life at Leeds Crown Court in November 2000 and told he must serve a minimum term of 18 years behind bars after pleading guilty to the 1994 murder and rape of Wendy Speakes, 51, pictured above in 1993

Parole Board chiefs took the decision at Hull Prison in July this year despite Farrow being in ‘denial’ over the murder of Mrs Speakes.

Her daughter, Tracey also had to go through the harrowing experience of reading a victim statement at Farrow’s hearing.

She described the years of torment and anguish Farrow’s shockingly brutal actions had upon her and her family.

Tracey said she is also angry at the Parole Board hearing process in which she had to drive from her home in Essex to Hull Prison to read her statement.

She said: ‘The whole thing is a shambles. It is all geared towards the offender.

‘I would say this to the justice system – you need to sort it out!’

She told members of the Parole Board panel: ‘The local community would be living in terror if he was released.

‘A pair of mum’s shoes were never found and to this day I believe he hid them as a trophy for his next victim.

‘The pain of living with the injustice of the life sentence not meaning life in prison when he took my mum’s life without a second thought would be impossible for me to live with.

‘I am sure that the feelings of dread and panic attacks would escalate.

‘Looking over my shoulder knowing he was no longer in prison would affect the life I have managed to build back up since 1994.’ 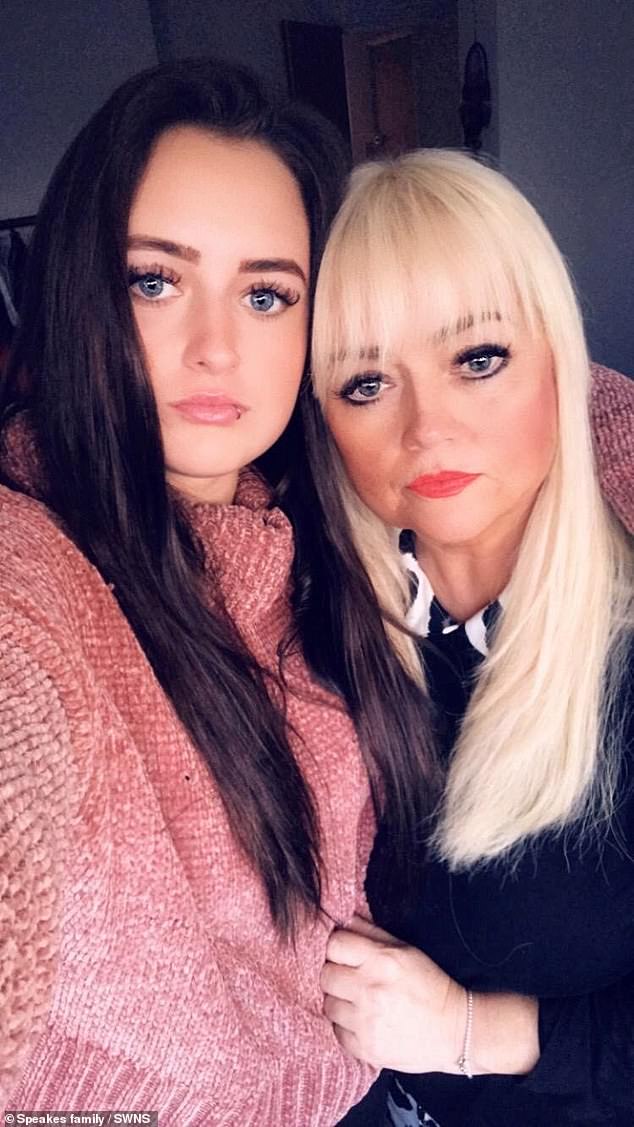 Tracey Speakes (right) and her daughter Emmeline. Tracey said she would have panic attacks if Farrow were released

A Ministry of Justice spokesperson said: ‘We appreciate that reading out a statement at a parole hearing can be upsetting for victims which is why they have the option not to and are given support when they do.

‘We take the welfare of victims very seriously and are carrying out a full review of the Parole Board rules to build on work already done to increase transparency and further support victims.’

A spokesperson for the Parole Board said: ‘The Parole Board values any victim engagement in the parole process and understands for those wishing to attend oral hearings to read out their statement, that this is can be an anxious and distressing event.

‘We work with HMPPS (Her Majesty’s Prison and Probation Service) colleagues to minimise distress and have provided guidance for our panel chairs to assist them supporting victims.

‘The Secretary of State will provide a representative to support the victim on the day and they will make all the arrangements with the prison in regards to the victim attending the hearing.’ 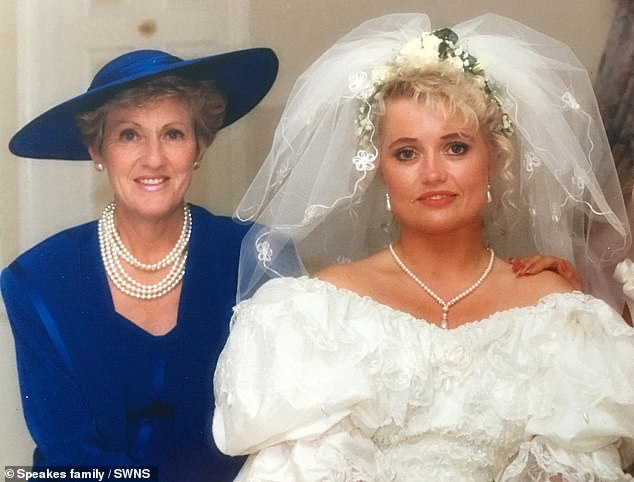 Wendy Speakes at her daughter’s wedding in July 1993. She gave Tracey away

A court previously heard, Farrow tricked his way into her home an hour after failing to get into that of a 24-year-old woman he had stalked for several days.

Farrow, a printer, made Mrs Speakes take off her slippers and wear a pair of blue shoes which he had found in a cupboard downstairs.

He then forced her upstairs to her bedroom, where he gagged her and bound her hands with a pair of black stockings which he had bought that afternoon.

Farrow, of Cookridge, placed a pair of her black stiletto shoes on a bedside table before carrying out a sexual attack.

At the same time, he stabbed Mrs Speakes, a divorcee who lived alone, nine times in the back and shoulders and twice in the neck.

Mrs Speakes was found at the foot of her bed in a pool of blood by two friends who became worried when she did not arrive for work the next morning.

The killer left a pair of black stockings tied in loops beside the bed and part of a candlewick bedspread which he used to gag her.

Tracey Speakes said: ‘Back when mum died there were six years between him being found and convicted.

‘I would walk down the street looking at people wondering if they had killed mum. It affects you all the time.

‘A few times I had to go to the doctors and get anti-depressants but I had to try to not let it affect my job because I had to a mortgage to pay.

‘It was a relief when he was finally convicted because I thought ‘well that’s it now, he’s going to prison for a very long time’. But life does not mean life for him. 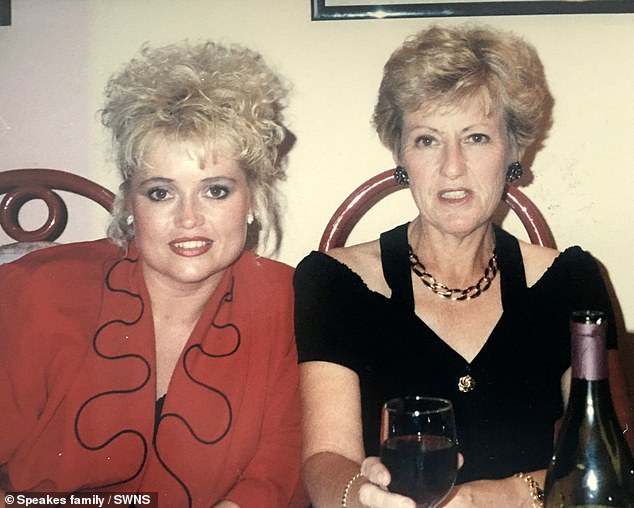 Christopher Farrow, who murdered Wendy Speakes (pictured right, with her daughter) after choosing her at random, has been moved to an open prison in preparation for release

‘We are in a situation where he could abscond. He will start being allowed to go out in public to get him ready for release.

‘I will be constantly wondering where he is and if he is going to do it again. This is a man who murdered a stranger.’

Farrow refused to be in the room as Tracey read out her victim impact statement to the Parole Board panel.

She said: ‘I wanted him to be there to listen to the devastation he caused but he refused.

‘I doubt if he even read my statement because I still believe to this day that he doesn’t care.

‘In my opinion, he should have been grabbed by the scruff of the neck and made to sit down and listen to the impact he has had on my family.

‘Is that someone who is showing remorse? ‘I think the fact that he refused to be there should be taken as a red light warning.

‘I was so traumatised by the time I got in there. I would say this to the justice system – you need to sort it out!

‘It was just awful and I will never, ever forget that day that until the day I die.

‘The whole thing is a shambles. It is all geared towards the offender.’ 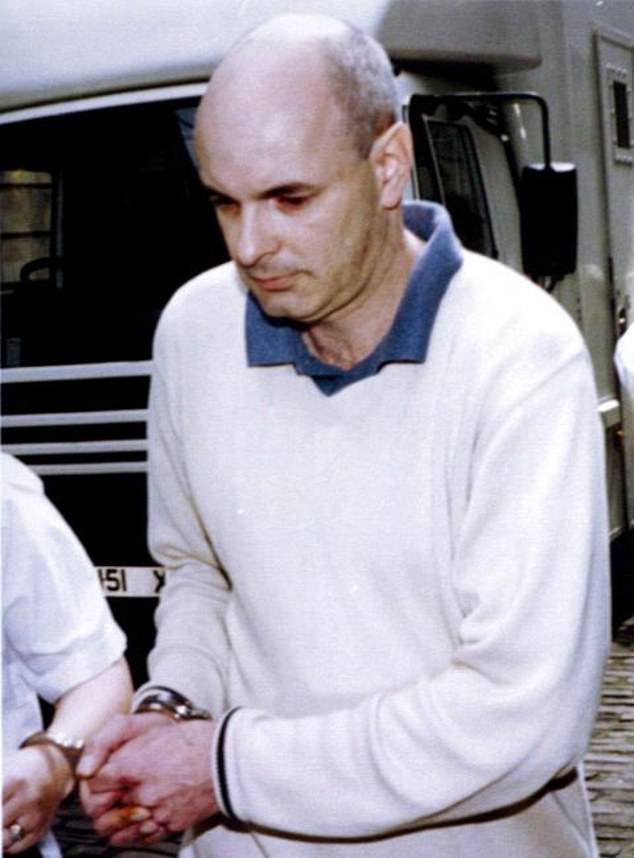 Tracey Speakes said, of Farrow (pictured): ”Can they really be certain he is a man who is not going to murder again? This man is still only 58 years old – just four years older than me’. She had argued for her mother’s killer to spend his whole life in jail.

Tracey said she had written to her MP and the Justice Secretary in a bid to prevent Farrow from being released.

‘Right from committing this offence in 1994 up until the day he is going to be released he has not said sorry,’ she added.

‘He took a pair of my mum’s black shoes. He has never said anything about where they were.

‘I want him to tell me why he did it and what he has done with my mum’s shoes. Has he hidden them somewhere to use on his next victim?

‘He is still a big risk factor. I want to know if he stalked my mum. He is just saying what he needs to say to get released but I know he is the same person.

‘I think it’s just a case of the parole board allowing him to be released because he has done his time and their hands are tied.

‘Can they really be certain he is a man who is not going to murder again?’

‘This man is still only 58 years old – just four years older than me.’

Tracey daughter’s Emmeline, 23, said: ‘I never got to meet my grandmother because of what he did and that will always make me sad. I just don’t get this decision. It is just a joke.

‘He is a murderer. It is not as if he has stolen a packet of chewing gum from a shop.

‘He still doesn’t admit it fully and he has never asked for forgiveness. It is always going to be in the back of my mind.