Shop till you drop… and ski! Killington is a refreshing luxury escape after the holidays

When you think of New York, the Empire State Building, Statue of Liberty and shopping galore may spring to mind.

But probably not skiing, right?

Well, I’ve got some news for you, because it turns out that it’s possible to combine a luxury city break in the Big Apple then drive north for a few hours and hit the powder – at Killington in Vermont.

It’s a resort that mixes New England country ambience and hospitality with skiing and snow-boarding opportunities to inspire everyone from beginner to expert.

The best skiing east of the Rockies.

Travelling with Ski Safari, we combined shopping and dining in five-star luxury in New York before hitting the slopes in Killington. And it proved to be a great way to blow off the winter cobwebs.

We hit the road after the New Year to beat the festive blues, having just spent Christmas in New York.

The 250-mile journey from the Empire State can seem daunting but the route takes you through picturesque mountain roads and quaint colonial towns.

On arrival, despite temperatures dipping to minus 15, Killington warmed us up with its family friendly feel.

We were staying at the Killington Grand Hotel resort, overlooking Killington peak. 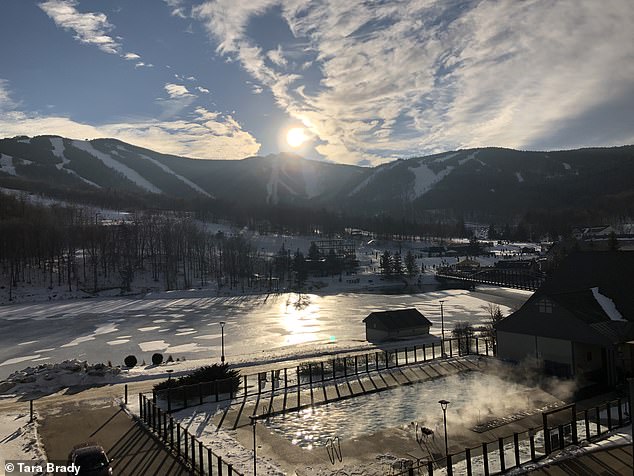 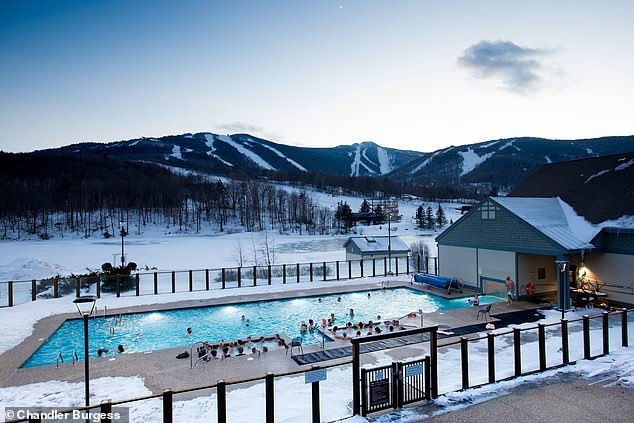 A warm cosy lobby and huge roaring fire greet you on arrival with a bustling bar and evening entertainment.

Our huge room, complete with a kitchenette and living room, had a balcony that overlooked the slopes as well as an outdoor heated pool and hot tub.

Rooms can fit entire families or just a couple, and are mercifully warm and inviting. 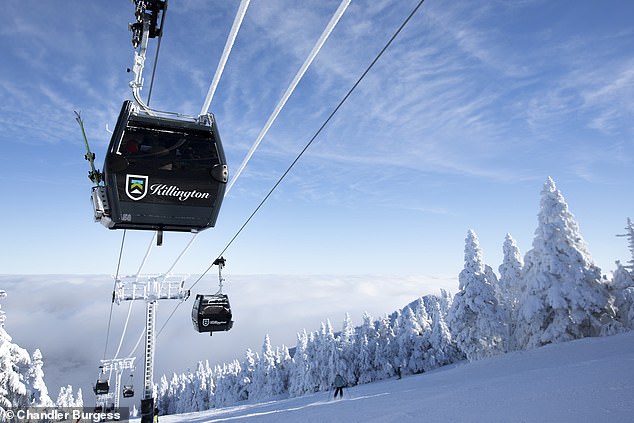 First class: If you have never skied before, Killington is a great place to learn 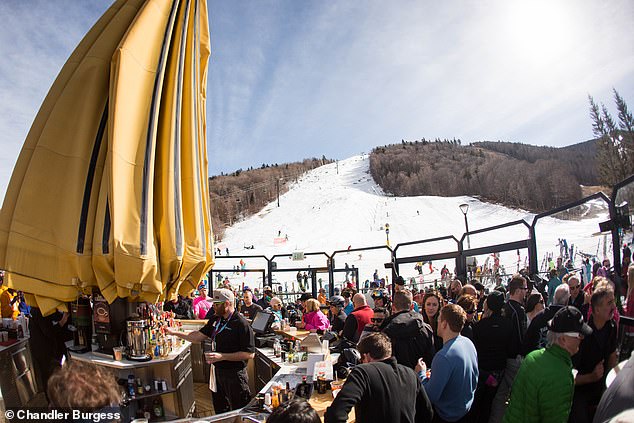 Apres: There are lodges and bars on all the major trails, including one right at the peak

SKI IN MORE THAN ONE U.S. RESORT… AND APRES!

Multi-resort lift passes have become quite the thing in North America and now there’s a new kid on the block, the Ikon pass.

Launched by The Alterra Mountain company, it comprises 12 resorts across the states.

The destinations span a total of nine U.S. states from California to Vermont and cover three Canadian provinces.

They include Killington, Mammoth Mountain, Aspen Snowmass, Jackson Hole Mountain Resort in the US and Tremblant in Canada.

Its idea? To save frequent skiers and snowboarders money and hassle.

Find out more by visiting https://www.ikonpass.com/en.

Ski wear is all taken and stored for you at the hotel’s back entrance right at the base of the mountain, across from the Snowshed lodge, where you can rent everything down to coats and helmets.

The adjacent bars and cafes are there to recharge you before getting back on the lifts (a skill in itself for a novice like me).

I am a beginner skier and was very nervous about hitting the slopes, but if you have never skied before this is the place to come and learn.

The teaching is first class.

At the start of the weekend I could barely put a ski on, by the end of the weekend, after just two lessons, I managed to ski down the Snowshed slope on my own!

Of course, if you prefer to take it slowly you can stop for a hot cider or cold beer halfway down the mountain. There are lodges and bars on all the major trails, including one right at the peak for the more experienced skiers.

The well-groomed slopes are great for intermediates, while the Snowshed area is best for families and first timers.

This is also a place for pros, being world champion Mikaela Shriffin’s home training ground.

It has also hosted the World Cup three times in a row, with Mikaela winning the 2018 slalom there in front of a record-breaking 18,500 spectators.

With no central village, Killington’s amenities are spread along a five-mile road. 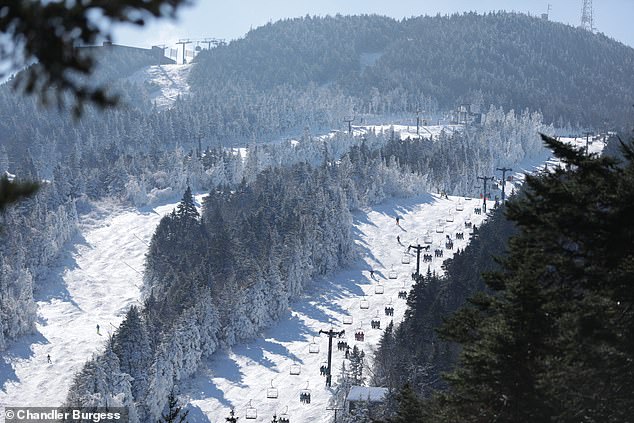 This is also a place for pros, being world champion Mikaela Shriffin’s home training ground 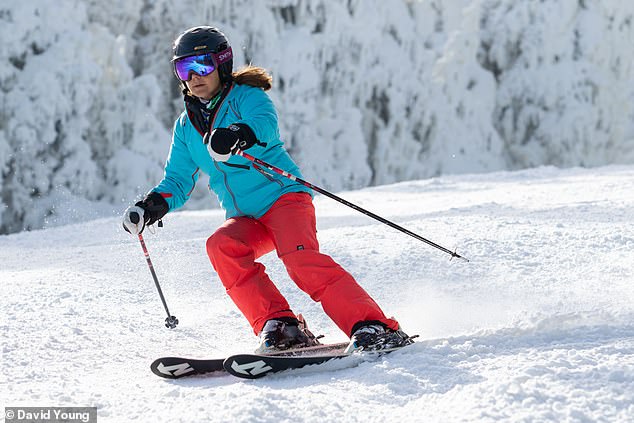 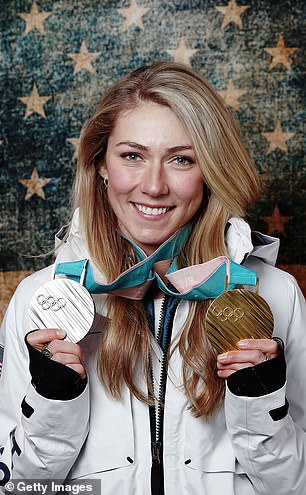 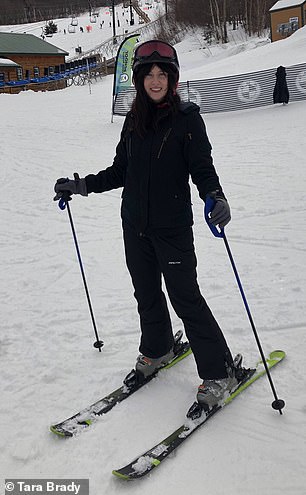 Killington has hosted the World Cup three times in a row, with Mikaela (left) winning the 2018 slalom there in front of a record-breaking 18,500 spectators. Pictured right, Tara on the slopes 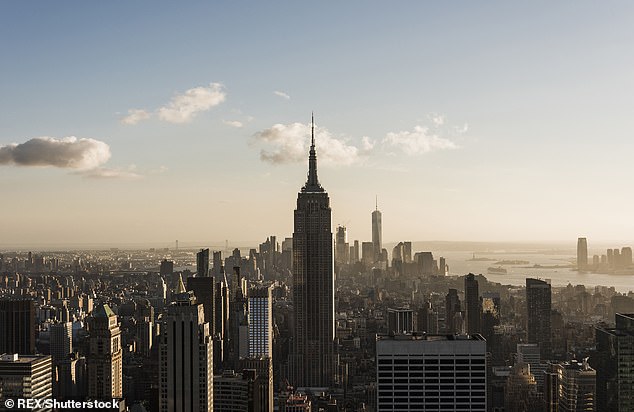 There are more than 100 local bars, restaurants and nightclubs, with a legendary après scene led by the Wobbly Barn where you can expect live music and buckets of chicken wings.

Your lift pass also covers Pico Mountain (10 minutes’ drive or shuttle) and Okemo (40 minutes). Both are definitely worth a visit.

So next time you think about a winter break to New York also consider escaping the city after hitting the Big Apple with a weekend trip to Killington.

You’ll be snuggling up with a hot cider in front of a roaring fire in no time.

A seven-night holiday with two nights at The Gallivant Hotel, New York, on room-only basis and five nights at the Killington Mountain Lodge on bed and breakfast basis including BA flights, accommodation and SUV car hire, costs from £1,110 per person based on two people travelling.