Shopkeeper used car reader to pay money into her account

A businesswoman has narrowly avoided jail for using the refund setting on her shop’s card reader to pay herself nearly £14,000.

Like most independent shops, Katie Lowcock’s Little Miss Graces children’s clothes boutique in Macclesfield, Cheshire has a machine that allows customers to pay with card and be refunded onto cards for returned items.

But Lowcock used the refund setting to put money onto her own cards, which she then used to cover her business costs and buy things for her family.

The 31-year-old mother-of-two insists she did not realise what she was doing was illegal, but has now admitted fraud by false representation and was sentenced to five months jail, suspended for 18 months.

Shopkeeper Katie Lowcock, pictured leaving court, was given a suspended sentence for paying money on to her own credit cards using her store’s card machine

The court heard the company which supplied the card reader, First Data Merchant Solutions, was initially only paid back £4,000 of more than £13,000 Lowcock paid herself.

She has since paid back a further £2,000 and insists she intended to pay back to total debt.

Prosecutor Kate Gaskell said: ‘The defendant believed what she was doing was legitimate.

‘This was reported to the police and the defendant was arrested and interviewed. She was unaware this was illegitimate and stated that she had every intention to pay the money back.

‘But the crowns argues she used the business credit card at her disposal for her own personal gain and because of the position she was in within the company, this was an abuse of trust. She still owes £7,000 to the Data Merchant company.’ 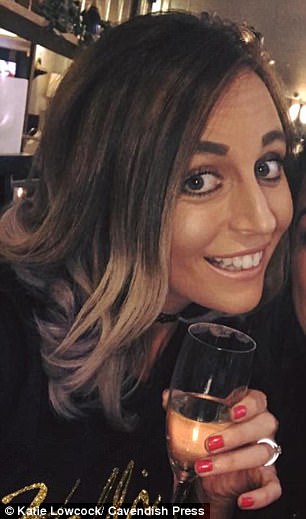 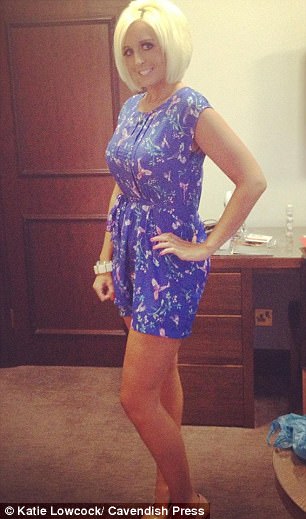 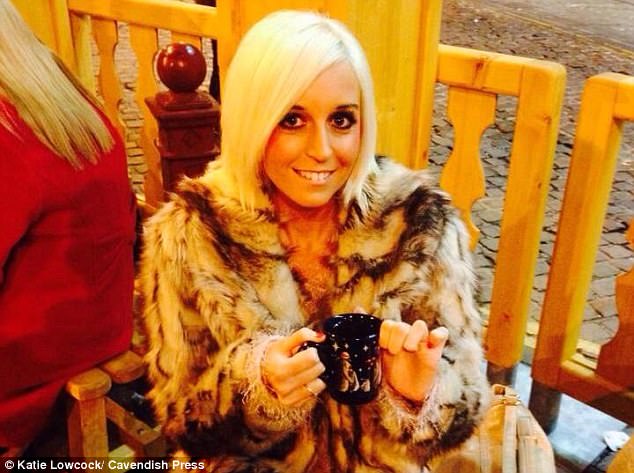 Lowcock’s lawyer Peter Casson told the court: ‘She used her own credit card and didn’t make any attempt to hide who she was or what she was doing. She did make admissions that she knew what she was doing, but didn’t know it was illegal.

‘She believed at the time that it was fine for her to do so. She was always going to pay it back.

‘Her partner knows of this. They have two children together, seven years old and two years old. She knows she’s been stupid and it was a foolish mistake doing what she did.

‘There were some financial issues which she wanted to deal with at the time. Her partner was out of employment so she was trying to keep the family afloat.’ 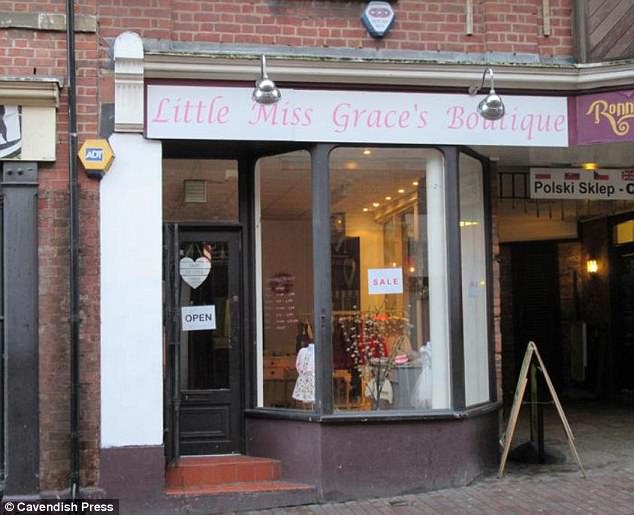 She used the card machine at her boutique in Macclesfield, Cheshire to access the money

Mr Casson added: ‘This was over a very short period of time, just a month. ‘She was shocked when she was charged with fraud as she didn’t know it was illegitimate.

‘She two young children and a business to run. She is the only employee at the business. This wasn’t to fund an extravagant lifestyle. This will be the last time you see her before this court again.’