Shoplifting seagull strolls into newsagents and pinches a bag of crisps

Feeling peckish? Shoplifting seagull strolls into newsagents and pinches a bag of his favourite BBQ-flavour crisps

This is the comical moment a shoplifting seagull helps itself to a packet of BBQ-flavour crisps at a newsagent in Devon.

Steven the seagull, who has been making regular raids on Moores Newsagents in Exmouth, Devon, enters the store to grab hold of his favourite snack in front of amused members of staff.

The brazen bird, who is named after the American actor Steven Seagal, quickly grabs hold of the packet before running through the front door and out onto the street.

The shoplifting seagull, who has been nicknamed Steven the seagull, helps itself to a packet of BBQ crisps at a newsagent in Exmouth, Devon 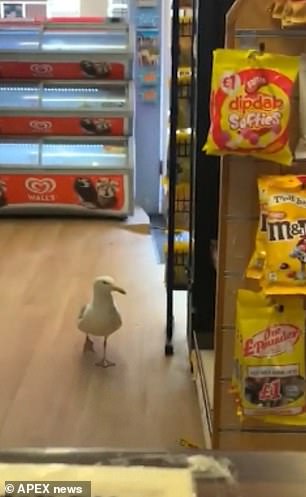 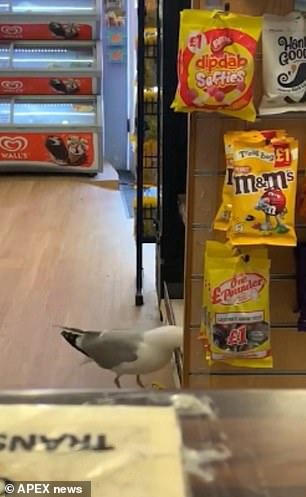 During the clip, the seagull walks into the store and looks at the packets of crisps on display.

The bird quickly grabs a packet of BBQ crisps with its beak before making its exit.

Kathleen Goddard, 19, who works in the shop with her father and brother, said: ‘He tends to come in after lunch or around 4pm. It is mostly in the summer months. He’s been doing it for years.

‘I close the door or run after him but he is very brazen. He likes the BBQ flavour crisps, Walkers or the 39p Bobbies variety. One customer took some pictures because he was so shocked at what he did.’

Ms Goddard added: ‘He comes in almost everyday so he must owe us a lot of money.

‘Although, my dad chased him out of the shop once and spotted a five pound note on the floor.

‘We had this joke that he must have left it for us to pay off his crisp debt.’ 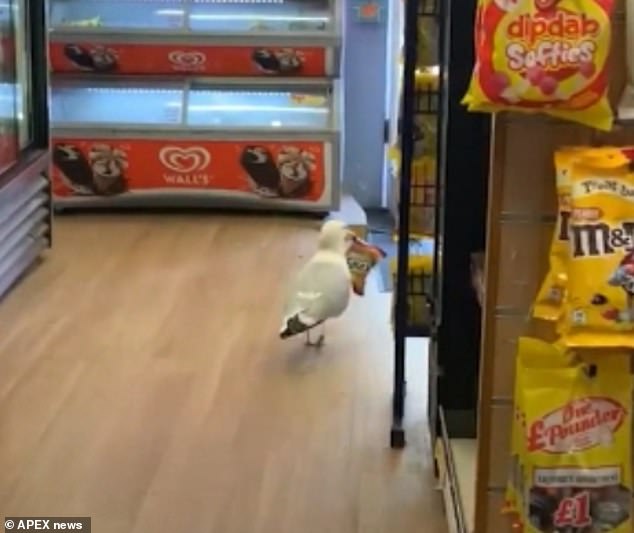 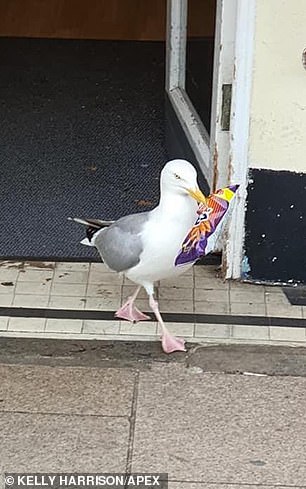 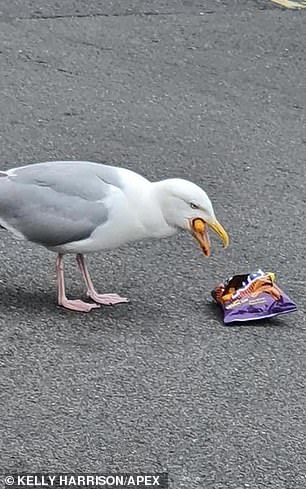 The brazen bird, who likes the BBQ flavour crisps, has been making regular raids on the store 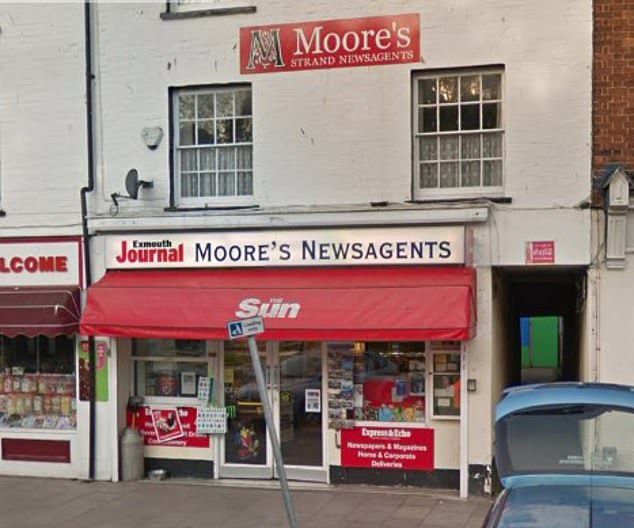 Locals in Exmouth regularly spot the bird hovering around the shop in an attempt to grab hold of its next snack.

Mike Harper said: ‘Apparently the seagull comes in every day to the paper shop for its breakfast of crisps!’

Meanwhile Kelly Harrison, who was on a visit from Loughborough when she spotted the cheeky bird, said: ‘Was so funny. Seagull walked into a shop and walked out with a bag of crisps like he owned the place.’