It really works! Shopper blows minds with his incredible $69 Kmart space projector in action – sending hundreds racing to get one

Star-lovers, mums and dads are going wild over the budget universe projector light from Kmart that is much cheaper than others on the market.

The projector that casts colourful stars onto walls and ceilings has been a hit with men and women alike, and now one dad has revealed that he bought two and couldn’t believe that the budget items ‘really work’.

‘Hey Google, turn the stars on,’ the man said, before showing a photo of his completely transformed room.

‘Hey Google, turn the stars on,’ a happy dad said before taking this photo of his completely transformed room

The Mirabella Genio Nebula and Star Projector costs just $69, while similar models – which are top of hundreds of Christmas lists across Australia this year – will set you back anywhere from $80 to a whopping $550.

Kmart’s version, which is now available online and in stores nationwide, promises to bring the ‘wonders of the cosmic atmosphere’ inside your home.

Hundreds who saw the man’s post were impressed with the projector.

But many people complained the amazing star projectors were sold out from their local stores.

‘They are sold out everywhere in Perth,’ one woman said.

‘I can’t find them in Adelaide,’ said another.

‘This looks so amazing – I am blown away,’ said another.

The Wi-Fi enabled projector syncs to a mobile app which allows you to control it remotely, with a built-in scheduling feature that can be used to set timers and turn the machine on or off. 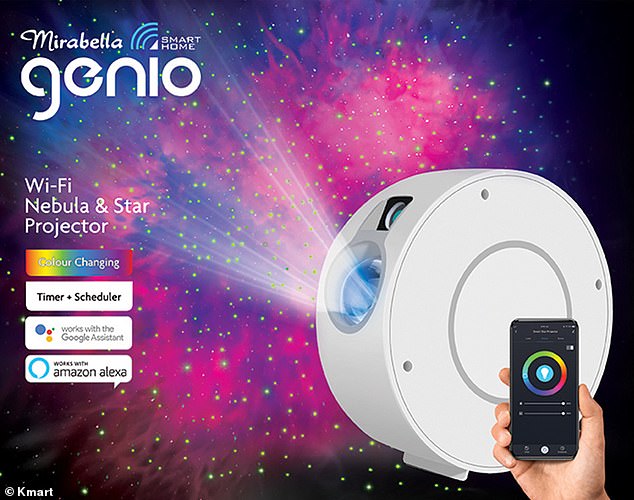 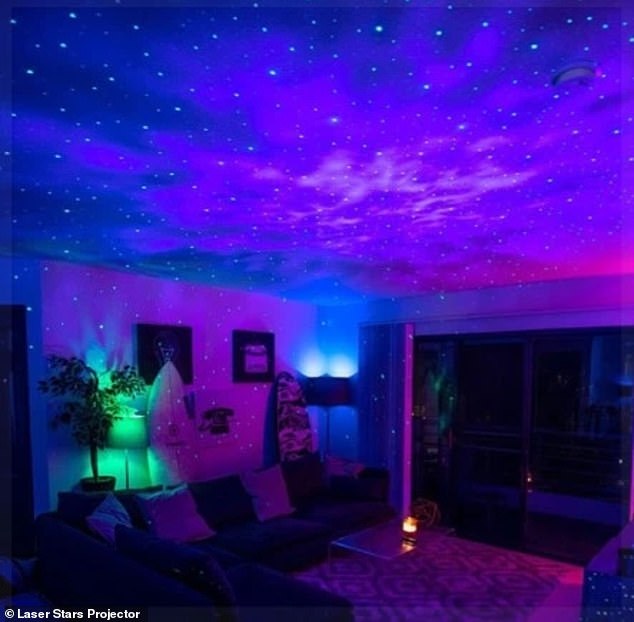 The $69 projector, which is now available online and in Kmart stores nationwide, promises to bring the ‘wonders of the cosmic atmosphere’ inside your home

The projector is compatible with Google Assistant and Amazon Alexa, which means it responds to voice commands – simply speaking will instantly change settings.

Some of the best deals ‘just landed’ online and in stores nationwide include $49 retro roller skates, a $59 deluxe garden recliner chair and a $149 electric cake mixer.

Similar models from leading appliance brands like Sunbeam cost $179 while luxury mixers from KitchenAid will set you back a whopping $729.

Kmart has everything you need for entertaining this summer, from a $12 metallic gold drinks tub and a $15 glass drinks dispenser to $29 sun loungers and a $49 fold-down table. 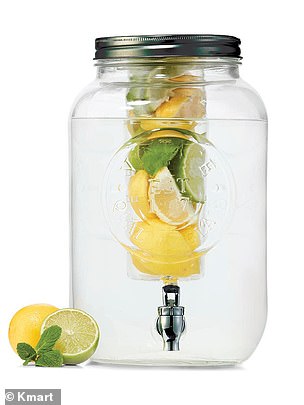 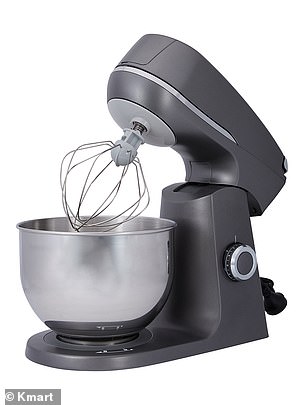 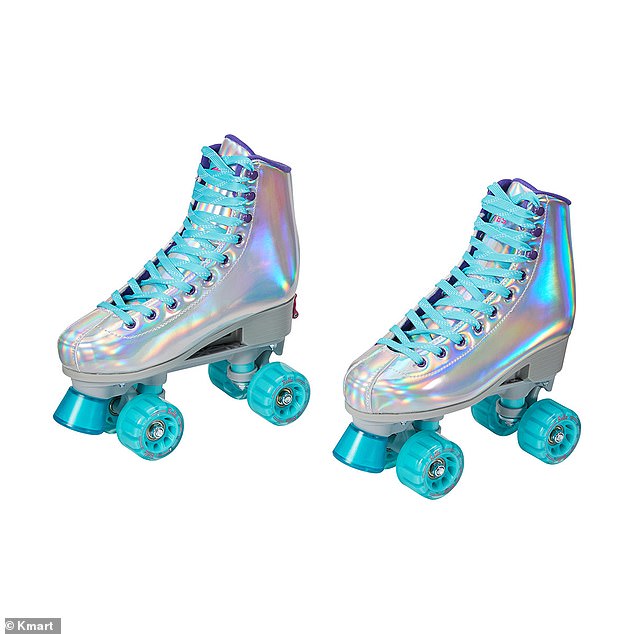 There’s also a $20 galvanised drinks tub mounted on a metal stand, perfect for keeping beer and bubbles cool in the sun.

Another standout is a $39 eight-piece sports recovery kit complete with a massage ball, mini-foam roller, water bottle and fabric bands for stretching.

The discount store has been upping its game with stylish clothing and tech devices as it vies for customers in what has been a difficult year for the Australian retail industry.

Spending dropped by 4.2 per cent nationally from July to August, figures from the Australian Bureau of Statistics show, during the peak of the COVID recession.