A shopper is boycotting Tesco in protest at being called ‘darling’ by checkout staff.

Beth Bellamy claims the informal method used by female workers to address her was ‘patronising’ and ‘offensive’.

She told how she was also unhappy about being called ‘sweetheart’ and ‘babe’ at the same shop. She declined to name the store and is not thought to have made a complaint.

But she was one of five members of the public spoken to by the BBC for an article about shoppers who have stopped using companies because of gripes with customer service.

A shopper is boycotting Tesco in protest at being called ‘darling’ by checkout staff. A GV of Tesco checkout staff is pictured above

Informal expressions are used by staff in many parts of the country, from ‘duck’ in the East Midlands to ‘pet’ in the North East and ‘love’ in Yorkshire.

But Miss Bellamy said: ‘I was fed up with being called sweetheart, darling and babe by checkout operators at my local Tesco. So I told the young checkout lady that I would rather she didn’t call me that as it was patronising, and that I found it offensive.

Mary Killen, etiquette expert and agony aunt for The Spectator, said: ‘I think this person who complained may have had too much time on her hands.’ 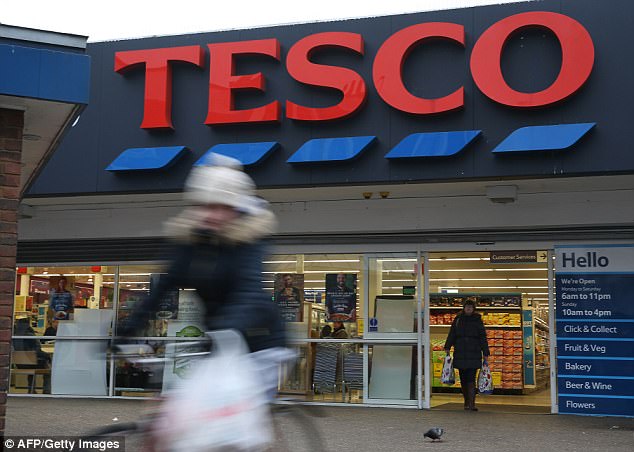 Beth Bellamy claims the informal method used by female workers at Tesco to address her was ‘patronising’ and ‘offensive’. A stock image of a store is pictured above

Tesco said it had no record of any complaints from Ms Bellamy and was not aware of which store she had been visiting.

A spokesman added: ‘If this customer would like to discuss how we handled this situation, we’d ask them to get in touch so we can look into what happened.’

Other gripes include a rail passenger not told of engineering works.